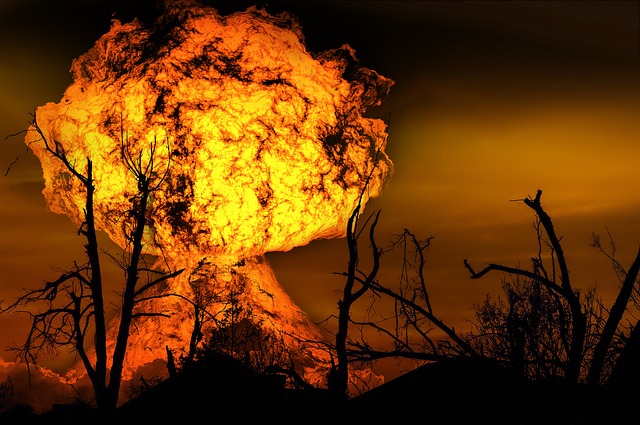 As we enter the second half of 2015, financial panic has gripped most of the globe. Stock prices are crashing in China, in Europe and in the United States. Greece is on the verge of a historic default, and now Puerto Rico and Ukraine are both threatening to default on their debts if they do not receive concessions from their creditors. Not since the financial crisis of 2008 has so much financial chaos been unleashed all at once. Could it be possible that the great financial crisis of 2015 has begun? The following are 16 facts about the tremendous financial devastation that is happening all over the world right now…

1. On Monday, the Dow fell by 350 points. That was the biggest one day decline that we have seen in two years.

3. After Greece, Italy is considered to be the most financially troubled nation in the eurozone, and on Monday Italian stocks were down more than 5 percent.

4. Greek stocks were down an astounding 18 percent on Monday.

5. As the week began, we witnessed the largest one day increase in European bond spreads that we have seen in seven years.

6. Chinese stocks have already met the official definition of being in a “bear market” – the Shanghai Composite is already down more than 20 percent from the high earlier this year.

7. Overall, this Chinese stock market crash is the worst that we have witnessed in 19 years.

8. On Monday, Standard & Poor’s slashed Greece’s credit rating once again and publicly stated that it believes that Greece now has a 50 percent chance of leaving the euro.

9. On Tuesday, Greece is scheduled to make a 1.6 billion euro loan repayment. One Greek official has already stated that this is not going to happen.

10. Greek banks have been totally shut down, and a daily cash withdrawal limit of 60 euros has been established. Nobody knows when this limit will be lifted.

11. Yields on 10 year Greek government bonds have shot past 15 percent.

But the question of what happens when the markets do open is particularly acute for the hedge fund investors — including luminaries like David Einhorn and John Paulson — who have collectively poured more than 10 billion euros, or $11 billion, into Greek government bonds, bank stocks and a slew of other investments.

Through the weekend, Nicholas L. Papapolitis, a corporate lawyer here, was working round the clock comforting and cajoling his frantic hedge fund clients.

“People are freaking out,” said Mr. Papapolitis, 32, his eyes red and his voice hoarse. “They have made some really big bets on Greece.”

13. The Governor of Puerto Rico has announced that the debts that the small island has accumulated are “not payable“.

14. Overall, the government of Puerto Rico owes approximately 72 billion dollars to the rest of the world. Without debt restructuring, it is inevitable that Puerto Rico will default. In fact, CNN says that it could happen by the end of this summer.

15. Ukraine has just announced that it may “suspend debt payments” if their creditors do not agree to take a 40 percent “haircut”.

16. This week the Bank for International Settlements has just come out with a new report that says that central banks around the world are “defenseless” to stop the next major global financial crisis.

Without a doubt, we are overdue for another major financial crisis. All over the planet, stocks are massively overvalued, and financial markets have become completely disconnected from economic reality. And when the next crash happens, many believe that it will be even worse than what we experienced back in 2008. For example, just consider the words of Jim Rogers…

“In the United States, we have had economic slowdowns every four to seven years since the beginning of the Republic. It’s now been six or seven years since our last stock market problem. We’re overdue for another problem.”

In Rogers’ view, low interest rates caused stock prices to increase significantly. He believes many assets are priced beyond their fundamentals thanks to the ultra-easy monetary policies by the Federal Reserve. Fed supporters argue such measures are good for investors, but Rogers takes a different view.

“The Fed might tell us we don’t have to worry and that a correction or crash will never happen again. That’s balderdash! When this artificial sea of liquidity ends, we’re going to pay a terrible price. When the next economic problem occurs, it will be much worse because the debt is so much higher.”

Of course Rogers is far from alone. A recent article by Paul B. Farrell expressed similar sentiments…

Especially with dead-ahead predictions like Mark Cook’s 4,000-point Dow correction. And Jeremy Grantham’s warning of a 50% crash around election time, with negative stock returns through the first term of the next president, beyond 2020. Starting soon.

Why is America so vulnerable when the next recession hits? Simple: The Fed’s cheap-money giveaway is killing America. When the downturn, correction, crash hits, it will compare to the 2008 crash. The Economist warns: “the world will be in a rotten position to do much about it. Rarely have so many large economies been so ill-equipped to manage a recession,” whatever the trigger.

Things have been relatively quiet in the financial world for so long that many have been sucked into a false sense of security.

But the underlying imbalances were always there, and they have been getting worse over time.

I believe that we are heading into a global financial collapse that will make what happened in 2008 look like a Sunday picnic by the time it is all said and done.

Global debt levels are at all-time highs, big banks all over the planet have been behaving more recklessly than ever, and financial markets are absolutely primed for a huge crash.

Hopefully things will calm down a bit as the rest of this week unfolds, but I wouldn’t count on it.

We have entered uncharted territory, and what comes next is going to shock the world.