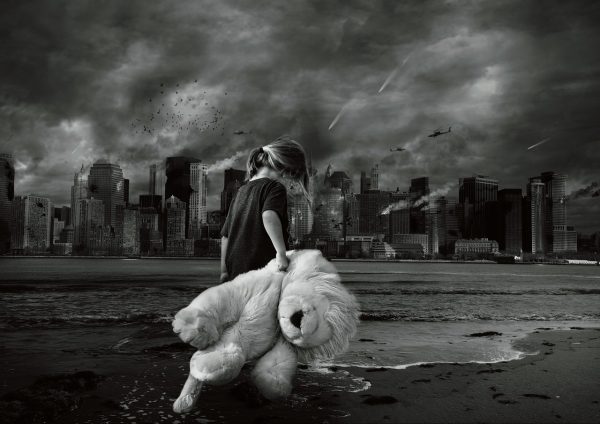 Negotiations with Iran are over before they could even take place. After President Trump and Iranian leadership exchanged more insults on Tuesday, the Iranians declared that the “channel of diplomacy” is now closed “forever”. Of course anything is possible in the future, but for now it appears that any possibility of a diplomatic solution is completely dead, and the clock is ticking because two exceedingly important deadlines are coming up within the next two weeks. President Trump and Israeli Prime Minister Benjamin Netanyahu have both made it incredibly clear that they do not want Iran to possess nuclear weapons, and Iran’s nuclear program is about to pass a critical threshold. Diplomatic negotiations were the only alternative to military action, and now it seems that military action is the only option left on the table. That means that we could literally be counting down the days before missiles start flying back and forth, and it will be a war that is far more terrible than we are being told by the mainstream media.

Iranian President Hassan Rouhani blasted the sanctions against Iran’s supreme leader, Ayatollah Ali Khamenei, as “outrageous and idiotic,” noting the 80-year-old Shiite cleric has no plans to ever travel to the USA. In remarks broadcast on Iranian state television, Rouhani said the White House suffers from “mental retardation.”

Needless to say, President Trump was not amused by this. He subsequently went on Twitter and threatened that any sort of attack “on anything American will be met with great and overwhelming force”…

….Iran’s very ignorant and insulting statement, put out today, only shows that they do not understand reality. Any attack by Iran on anything American will be met with great and overwhelming force. In some areas, overwhelming will mean obliteration. No more John Kerry & Obama!

That is quite a vague red line that President Trump has now established, and it means that it isn’t going to take very much at all to start a war between the United States and Iran.

When the press later asked Trump about a potential exit strategy if war with Iran does erupt, Trump responded by saying “I don’t need exit strategies”…

Trump returned to the subject of Iran during an event in the Oval Office on Tuesday, reiterating his commitment that his administration would not allow Tehran to obtain nuclear weapons. Asked whether he had an exit strategy should a conflict arise with Iran, the president responded, “I don’t need exit strategies.”

Is he saying that an exit strategy wouldn’t be necessary because Iran would be bombed off the map?

When President Trump called off the airstrikes against Iran at the last minute and talked about the potential for negotiations, many were hopeful that a peaceful solution could be achieved. But if you are seeking to negotiate with someone, it is probably not a good idea to slap the foreign minister from the other country with personal economic sanctions. For the Iranians, this was apparently the final straw…

“You say you really want to hold talks with us but at the same time you’re saying that you want to boycott and sanction our foreign minister, so you’re lying,” Rouhani said.

Iranian Foreign Ministry spokesman Abbas Mousavi said on Twitter that the latest sanctions will result in “closing (the) channel of diplomacy forever,” according to Iranian state-run television Press TV.

Not that negotiations with the Iranians would have yielded anything anyway. But we must find some way to avoid World War III, because a war with Iran would unleash global chaos that the United States is simply not prepared to handle.

Unfortunately, President Trump is currently surrounded by war hawks, and he appears to be completely convinced that he does not need congressional approval before going to war with Iran…

During a portion of an interview with Hill.TV released on Monday, President Trump said he doesn’t need approval from Congress before launching strikes against Iran.

Trump said, “I like the idea of keeping Congress abreast, but I wouldn’t have to do that.”

Actually, the U.S. Constitution is very clear on the matter.

Just because the Constitution has been ignored by previous presidents does not mean that it is not binding.

And there is a move in Congress right now that could potentially stop a war with Iran. Surprisingly, Senate Majority Leader Mitch McConnell says that he may actually allow a vote on a “bipartisan amendment” that would “block funding for military action against Iran”…

Senate Majority Leader Mitch McConnell (R-Ky.) on Tuesday said he’s willing to vote on a controversial amendment that would require Congress to approve any military action against Iran, but warned colleagues it could signal disunity in Washington to a foreign adversary.

McConnell said he’s open to voting on a bipartisan amendment sponsored by Sens. Tim Kaine (D-Va.) and Tom Udall (D-N.M.) that would block funding for military action against Iran without prior congressional approval.

Of course Trump could just veto anything that gets pushed through Congress, and there would not be enough votes to override his veto.

However, the Constitution still says that President Trump must get congressional approval before going to war, and nothing is going to change that. If Trump chooses to disregard the Constitution and go to war anyway, it will be one of the worst decisions of his presidency so far.

And as I mentioned earlier, the clock is ticking. As Haaretz has noted, two exceedingly important deadlines are coming up within the next two weeks…

Iran announced in mid-June that by the 27th of the month it will exceed the uranium stockpile limit set by Tehran’s nuclear deal with world powers, pushing tensions with the U.S. into uncharted and potentially dangerous territory.

The June 27 deadline comes ahead of another, July 7, the deadline for Europe to come up with better terms for Iran to stay in the accord. If that second deadline passes without any action, Iranian President Hassan Rouhani says the Islamic Republic likely will resume higher uranium enrichment, a move that would breach the terms of a nuclear pact with world powers.

A war with Iran could potentially start as soon as next month, and right now Secretary of State Mike Pompeo is in the Middle East as he seeks to build a “global coalition” against Iran. The following comes from a transcript of remarks that Pompeo made to the press on Sunday just before he left on his trip…

I’m heading out today. Our first stops will be in the Kingdom of Saudi Arabia and the United Arab Emirates, two great allies in the challenge that Iran presents, and we’ll be talking with them about how to make sure that we are all strategically aligned and how we can build out a global coalition, a coalition not only throughout the Gulf states but in Asia and in Europe that understands this challenge and that is prepared to push back against the world’s largest state sponsor of terror.

When the U.S. starts to put together a “global coalition”, I think we all know what that means.

War is coming, and it could have apocalyptic consequences.

I have never been more concerned about a war with Iran than I am right now. The Iranians have restarted their nuclear program, and the U.S. and Israel have both made it abundantly clear that they will take military action before the Iranians get too much farther.

At this point a peaceful solution appears to be out of the question, and so all of us should start preparing for the most terrifying war that the Middle East has seen since the days of World War II.