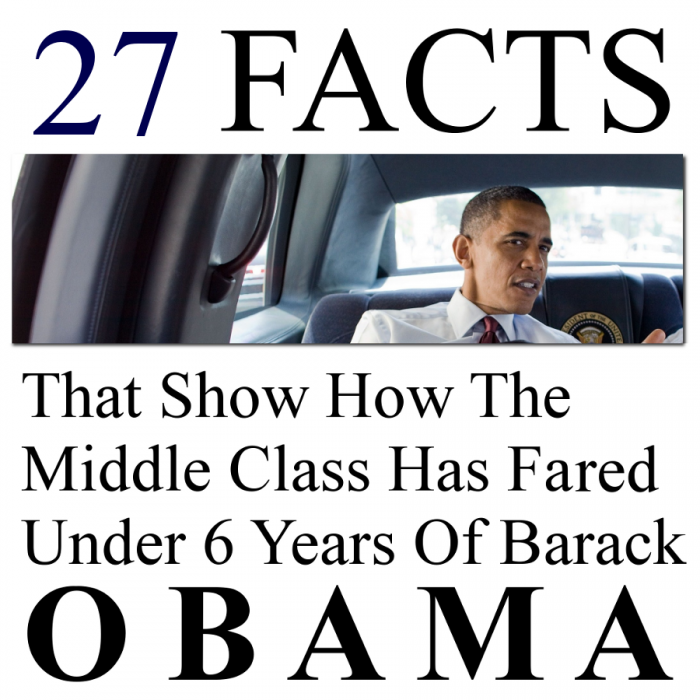 During his State of the Union speech on Tuesday evening, Barack Obama is going to promise to make life better for middle class families. Of course he has also promised to do this during all of his other State of the Union addresses, but apparently he still believes that there are people out there that are buying what he is selling. Each January, he gets up there and tells us how the economy is “turning around” and to believe that much brighter days are right around the corner. And yet things just continue to get even worse for the middle class. The numbers that you are about to see will not be included in Obama’s State of the Union speech. They don’t fit the “narrative” that Obama is trying to sell to the American people. But all of these statistics are accurate. They paint a picture of a middle class that is dying. Yes, the decline of the U.S. middle class is a phenomenon that has been playing out for decades. But without a doubt, our troubles have accelerated during the Obama years. When it comes to economics, he is completely and utterly clueless, and the policies that he has implemented are eating away at the foundations of our economy like a cancer. The following are 27 facts that show how the middle class has fared under 6 years of Barack Obama…

#1 American families in the middle 20 percent of the income scale now earn less money than they did on the day when Barack Obama first entered the White House.

#2 American families in the middle 20 percent of the income scale have a lower net worth than they did on the day when Barack Obama first entered the White House.

#3 According to a Washington Post article published just a few days ago, more than 50 percent of the children in U.S. public schools now come from low income homes. This is the first time that this has happened in at least 50 years.

#4 According to a Census Bureau report that was recently released, 65 percent of all children in the United States are living in a home that receives some form of aid from the federal government.

#8 Traditionally, owning a home has been one of the key indicators that you belong to the middle class. So what does the fact that the rate of homeownership in America has been falling for seven years in a row say about the Obama years?

#9 According to a survey that was conducted last year, 52 percent of all Americans cannot even afford the house that they are living in right now.

#10 After accounting for inflation, median household income in the United States is 8 percent lower than it was when the last recession started in 2007.

#11 According to one recent survey, 62 percent of all Americans are currently living paycheck to paycheck.

#12 At this point, one out of every three adults in the United States has an unpaid debt that is “in collections“.

#13 When Barack Obama first set foot in the Oval Office, 60.6 percent of all working age Americans had a job. Today, that number is sitting at only 59.2 percent… 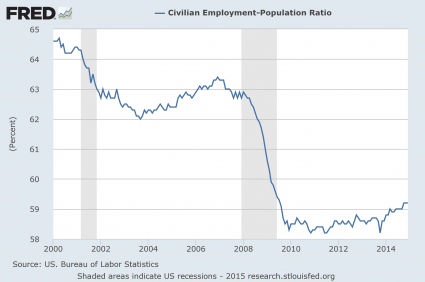 #14 While Barack Obama has been in the White House, the average duration of unemployment in the United States has risen from 19.8 weeks to 32.8 weeks.

#17 When Barack Obama was first elected, the U.S. debt to GDP ratio was under 70 percent. Today, it is over 101 percent.

#18 The U.S. national debt is on pace to approximately double during the eight years of the Obama administration. In other words, under Barack Obama the U.S. government will accumulate about as much debt as it did under all of the other presidents in U.S. history combined.

#19 According to the New York Times, the “typical American household” is now worth 36 percent less than it was worth a decade ago.

#20 The poverty rate in the United States has been at 15 percent or above for 3 consecutive years. This is the first time that has happened since 1965.

#22 While Barack Obama has been in the White House, the number of Americans on food stamps has gone from 32 million to 46 million.

#24 One recent survey discovered that about 22 percent of all Americans have had to turn to a church food panty for assistance.

#25 An astounding 45 percent of all African-American children in the United States live in areas of “concentrated poverty”.

#26 40.9 percent of all children in the United States that are living with only one parent are living in poverty.

#27 According to a report that was released late last year by the National Center on Family Homelessness, the number of homeless children in the United States has reached a new all-time record high of 2.5 million.

The incredibly foolish decisions that have been made by Obama, Congress and the Federal Reserve have brought us right to the precipice of another major financial crisis and another crippling economic downturn.

So as bad as the numbers that I just shared with you above are, the truth is that they are nothing compared to what is coming.

We are heading into the greatest economic crisis that any of us have ever seen, and it is going to shock the world.

I hope that you are getting ready.