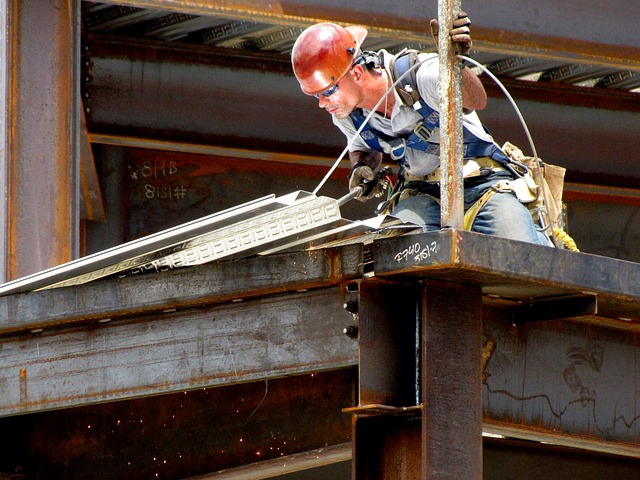 Jim Clifton, the Chairman and CEO of Gallup, says that the percentage of Americans that are employed full-time has been hovering near record lows since the end of the last recession. But most Americans don’t realize this because the official unemployment numbers are extremely misleading. In fact, Clifton says that the official 5.6 percent unemployment rate is a “big lie”. Gallup regularly tracks the percentage of U.S. adults that are employed for 30 or more hours per week, and it is currently at 44.2 percent. It has been hovering between 42 percent and 45 percent since the end of 2009. This is extremely low. As I discussed the other day, there are 8.69 million Americans that are considered to be “officially unemployed” at this point. But there are another 92.90 million Americans that are considered to be “not in the labor force”. Millions upon millions of those Americans would work if they could. Overall, there are 101 million U.S. adults that do not have a job right now. But you won’t hear that number being discussed by the mainstream media, because it would make Barack Obama look really bad.

Most Americans just assume that the economic numbers that we are being given accurately reflect reality. That is why it is so refreshing to have men like Jim Clifton step forward and tell the truth. His recent article entitled “The Big Lie: 5.6% Unemployment” is making headlines all over America. The following is an extended excerpt from that article…

There’s another reason why the official rate is misleading. Say you’re an out-of-work engineer or healthcare worker or construction worker or retail manager: If you perform a minimum of one hour of work in a week and are paid at least $20 — maybe someone pays you to mow their lawn — you’re not officially counted as unemployed in the much-reported 5.6%. Few Americans know this.

Yet another figure of importance that doesn’t get much press: those working part time but wanting full-time work. If you have a degree in chemistry or math and are working 10 hours part time because it is all you can find — in other words, you are severely underemployed — the government doesn’t count you in the 5.6%. Few Americans know this.

There’s no other way to say this. The official unemployment rate, which cruelly overlooks the suffering of the long-term and often permanently unemployed as well as the depressingly underemployed, amounts to a Big Lie.

And it’s a lie that has consequences, because the great American dream is to have a good job, and in recent years, America has failed to deliver that dream more than it has at any time in recent memory. A good job is an individual’s primary identity, their very self-worth, their dignity — it establishes the relationship they have with their friends, community and country. When we fail to deliver a good job that fits a citizen’s talents, training and experience, we are failing the great American dream.

Gallup defines a good job as 30+ hours per week for an organization that provides a regular paycheck. Right now, the U.S. is delivering at a staggeringly low rate of 44%, which is the number of full-time jobs as a percent of the adult population, 18 years and older.

And Gallup is being extremely generous.

I certainly would not define a 30 hour a week job at minimum wage as a “good job”, but Gallup does.

So the truth is that the percentage of U.S. adults that do have “good jobs” is actually far lower than 44 percent.

In the video that I have posted below, there is much more from Clifton about our current employment crisis…

But Clifton also understands that there is danger in speaking out like this.

For example, just check out what he told CNBC during one recent interview…

So why are there so few good jobs for Americans?

Well, for one thing, our control freak politicians have absolutely murdered job creation in the United States.

Traditionally, small businesses have been the primary engine of job growth for the U.S. economy. But for each of the past six years, the number of new businesses being created has been lower than the number of businesses that have died.

Prior to 2008, we had never seen this happen before in all of U.S. history.

A confluence of factors are coming together to create a perfect storm that is going to be extremely bitter for American workers.

Spending our wealth is not a path to prosperity. We have got to create wealth in order to be a prosperous nation.

But instead, we continue to buy far, far more from the rest of the world than they buy from us. We just learned that the trade deficit increased to 46.6 billion dollars in December, and the total trade deficit for the year was more than half a trillion dollars.

This is complete and utter insanity, but at this point the trade deficit is not even a political issue for either major political party anymore.

And the really bad news is that this is about as good as things are going to get for the U.S. economy. The next major economic downturn is right around the corner, and our employment crisis is going to get much, much worse once that strikes.

Already, layoffs in January were 17.6 percent higher than they were in January a year ago and businesses all over the country are shutting down following a very disappointing holiday season.

In addition, the Baltic Dry Index has dropped to stunningly low levels. In fact, it is already lower than it was at any point during the last recession. The following is an excerpt from a recent article by Mac Slavo…

The Baltic Dry Index (BDI) is used by economists and stock traders alike as a leading economic indicator because it predicts future economic activity. The index tracks in US dollars and measures global supply and demand for commodity shipments among bulk carriers including raw materials like lumber, coal, metallic ores, and grains. What makes this particular measurement so distinct from others, according to economic Howard Simmons, is that the BDI “is totally devoid of speculative content” because “people don’t book freighters unless they have cargo to move.”

On Thursday, the Baltic Dry Index was sitting at 564, That is not too far above the record low level of 554 that was established in July 1986.

So don’t be fooled by all the happy talk from the mainstream media and from politicians like Barack Obama.

They are lying to you, and their lies will soon be evident for all the world to see.