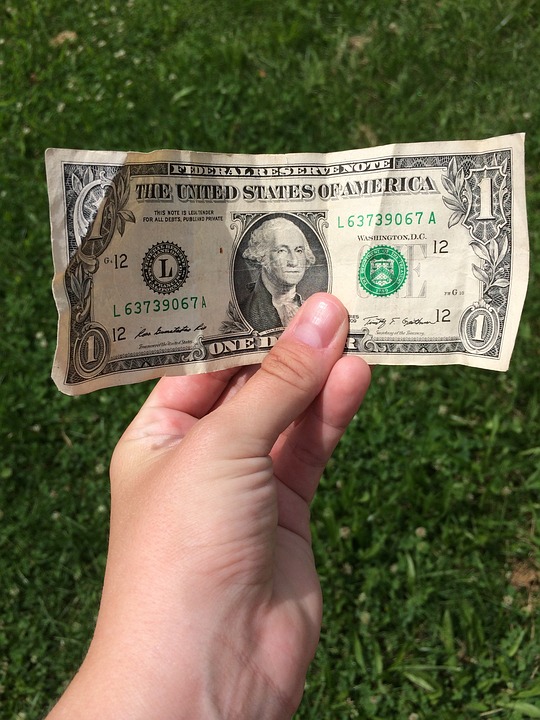 If you had to make a sudden visit to the emergency room, would you have enough money to pay for it without selling something or borrowing the funds from somewhere? Most Americans may not realize this, but this is something that the Federal Reserve has actually been tracking for several years now. And according to the Fed, an astounding 47 percent of all Americans could not come up with $400 to pay for an emergency room visit without borrowing it or selling something. Various surveys that I have talked about in the past have found that more than 60 percent of all Americans are living to paycheck to paycheck, but I didn’t realize that things were quite this bad for about half the country. If you can’t even come up with $400 for an unexpected emergency room visit, then you are just surviving from month to month by the skin of your teeth. Unfortunately, about half of us are currently in that situation.

Earlier today someone pointed me toward an excellent article in The Atlantic that discussed this, and I have to admit that The Atlantic is one of the last remaining bastions of old school excellence in journalism that you will find in the mainstream media. Of course I don’t see eye to eye with them on a lot of things philosophically, but there are some really hard working journalists over there.

The article where I found the 47 percent figure comes from The Atlantic, and it is entitled “The Secret Shame of Middle-Class Americans“. It was authored by Neal Gabler, and he says that he can identify with the 47 percent of Americans that don’t have $400 for an unexpected emergency room visit because he is one of them…

To me, this is yet more evidence that the middle class in America is dying.

Last year, it was reported that middle class Americans make up a minority of the population for the very first time in our history.

But back in 1971, 61 percent of all Americans lived in middle class households.

Well, the big corporations started shipping millions of good paying manufacturing jobs overseas. Millions of other good paying jobs were replaced by technology, and the competition for the good jobs that remained became extremely intense.

During the good times, the U.S. economy still created new jobs, but most of those jobs were low paying service jobs.

At this point, a majority of American workers have jobs that would be considered low paying. In fact, 51 percent of all American workers make less than $30,000 a year according to the Social Security Administration.

And once you account for inflation, the truth is that our incomes have been going down for years. According to a study that was released by Pew Charitable Trusts, median household income in the United States decreased by 13 percent between 2004 and 2014.

That isn’t “progress” any way that you slice it.

If you go all the way back to 1970, the middle class took home approximately 62 percent of all income in the United States.

Today, that number has fallen to just 43 percent.

So the fact that 47 percent of Americans can’t even pay for an unexpected emergency room visit is not exactly a surprise. To be honest, a whole host of other surveys have come up with similar numbers. Here is more from Neal Gabler…

A 2014 Bankrate survey, echoing the Fed’s data, found that only 38 percent of Americans would cover a $1,000 emergency-room visit or $500 car repair with money they’d saved. Two reports published last year by the Pew Charitable Trusts found, respectively, that 55 percent of households didn’t have enough liquid savings to replace a month’s worth of lost income, and that of the 56 percent of people who said they’d worried about their finances in the previous year, 71 percent were concerned about having enough money to cover everyday expenses.

What all of these numbers tell us is that the middle class is disappearing. I tend to compare it to a game of really bizarre musical chairs. With each passing month more chairs are being pulled out of the circle, and those members of the middle class that haven’t fallen into poverty yet are just hoping that a chair will still be there for them when the music stops.

Even during the “Obama recovery”, we have seen poverty in America absolutely explode. In fact, some brand new numbers just came out that are quite startling. The following comes from another author for The Atlantic named Gillian B. White…

Recently, the Brookings Institution published a report looking at the same idea but giving it a different name. The paper, builds on research from the British economist William Beveridge, who in 1942 proposed five types of poverty: squalor, ignorance, want, idleness, and disease. In modern terms, these could be defined as poverty related to housing, education, income, employment, and healthcare, respectively. Analyzing the 2014 American Community Survey, the paper’s co-authors, Richard Reeves, Edward Rodrigue, and Elizabeth Kneebone, found that half of Americans experience at least one of these types of poverty, and around 25 percent suffer from at least two.

To underscore this point, let me just run five quick facts about the growth of poverty in this country by you…

–The number of Americans that are living in concentrated areas of high poverty has doubled since the year 2000.

–46 million Americans use food banks each year, and lines start forming at some U.S. food banks as early as 6:30 in the morning because people want to get something before the food supplies run out.

–The number of homeless children in the U.S. has increased by 60 percent over the past six years.

–According to Poverty USA, 1.6 million American children slept in a homeless shelter or some other form of emergency housing last year.

That last number really gets me every time.

How can “the wealthiest and most powerful nation on the planet” have more than a million homeless children?

This is one of the reasons why I hammer on our ongoing economic collapse over and over and over. It is affecting real families with real children that have real hopes and real dreams.

This is not the way our country is supposed to work.

It is supposed to be “the land of opportunity”.

It is supposed to be a place where anyone can live “the American Dream”.

But instead it has become an economic wasteland where the largest and most prosperous middle class in the history of the world is being systematically eviscerated.

So no, the U.S. economy is not doing “just fine” – anyone that tries to tell you that lie is simply peddling fiction.