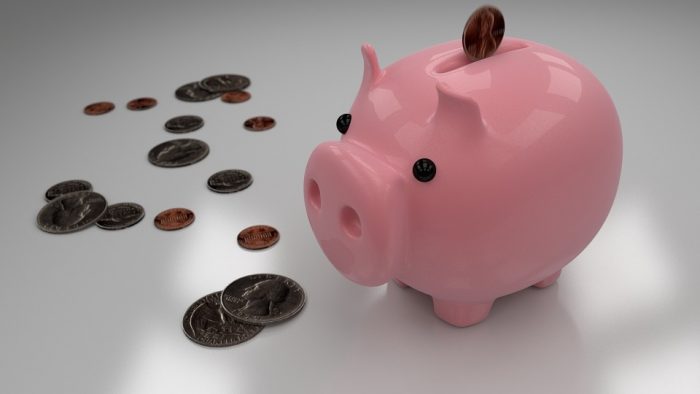 Do you have an emergency fund? If you even have one penny in emergency savings, you are already ahead of about one-fourth of the country. I write about this stuff all the time, but it always astounds me how many Americans are literally living on the edge financially. Back in 2008 when the economy tanked and millions of people lost their jobs, large numbers of Americans suddenly couldn’t pay their bills because they were living paycheck to paycheck. Now the stage is set for it to happen again. Another major recession is going to happen at some point, and when it does millions of people are going to get blindsided by it.

Despite all of our emphasis on education, we never seem to teach our young people how to handle money. But this is one of the most basic skills that everyone needs. Personally, I went through high school, college and law school without ever being taught about the dangers of going into debt or the importance of saving money.

If you are ever going to build any wealth, you have got to spend less than you earn. That is just basic common sense. Unfortunately, nearly one out of every four Americans does not have even a single penny in emergency savings…

Bankrate’s newly released June Financial Security Index survey indicates that 24 percent of Americans have not saved any money at all for their emergency funds.

This is despite experts recommending that people strive for a savings cushion equivalent to the amount needed to cover three to six months’ worth of expenses.

For years, I have been telling my readers that at a minimum they need to have an emergency fund that can cover at least six months of expenses. It is great to have more than that, but everyone should strive to have at least a six month cushion.

Unfortunately, that same Bankrate survey found that only 31 percent of Americans actually have such a cushion…

The June survey also found that 31 percent of Americans have what Bankrate considers an ‘adequate’ savings cushion — six or more months’ worth of money to pay expenses — which means that nearly two-thirds of the country isn’t saving enough money.

That means that a whopping 69 percent of all Americans do not have an adequate emergency fund.

So what is going to happen if another great crisis arrives and millions of people suddenly lose their jobs?

Just like last time, mortgage defaults will start soaring and countless numbers of families will lose their homes.

If you do not have anything to fall back on, you can lose your spot in the middle class really fast. And in the case of a truly catastrophic national crisis, trying to operate without any money at all is going to be exceedingly challenging.

Just recently, the Federal Reserve conducted a survey that discovered that 44 percent of all Americans do not even have enough money “to cover an unexpected $400 expense”.

That is almost half the country.

And a different survey by CareerBuilder found that 75 percent of all Americans have lived paycheck to paycheck “at least some of the time”.

We’ve racked up $1 trillion in credit card debt — and that’s just a fraction of what we owe. That’s according to data released this year from the Federal Reserve, which found that U.S. consumers owe $1.0004 trillion on their cards, up 6.2% from a year ago; this is the highest amount owed since January 2009. What’s more, this isn’t the only consumer debt to top $1 trillion. We now also owe more than $1 trillion for our cars, and for our student loans, the data showed.

We often criticize the federal government for being nearly 20 trillion dollars in debt. And that criticism is definitely valid. What we are doing to future generations of Americans is beyond criminal.

But are we not doing something similar to ourselves?

When you divide the total amount of consumer debt by the size of the U.S. population, it breaks down to roughly $40,000 for every man, woman and child in our country.

If you carry a balance from month to month on a high interest credit card, it is absolutely crippling you financially. But many Americans don’t understand this. Instead, they just keep sending off the “minimum payment” every month because that is the easiest thing to do.

If you ever want to achieve financial freedom, you have got to get rid of your toxic debts. There are some forms of low interest debt, such as mortgage debt, that are not going to financially cripple you. But anything with a high rate of interest you will want to pay off as soon as possible.

And everyone needs a financial cushion. Unless you can guarantee that your life is always going to go super smoothly and you are never going to have any problems, you need an emergency fund to fall back on.

Yes, you may need to make some sacrifices in order to make that happen. Nobody ever said that it would be easy. But just about everyone has somewhere that a little “belt tightening” can be done, and in the long-term it will be worth it.

When you don’t have to constantly worry about how you are going to pay the bills next month, it will help you sleep a lot easier at night. Many of us have put a lot of unnecessary stress on ourselves by spending money that we didn’t have for things that we really didn’t need.

And now is the time to get your financial house in order, because it appears that another major economic downturn is not too far away.