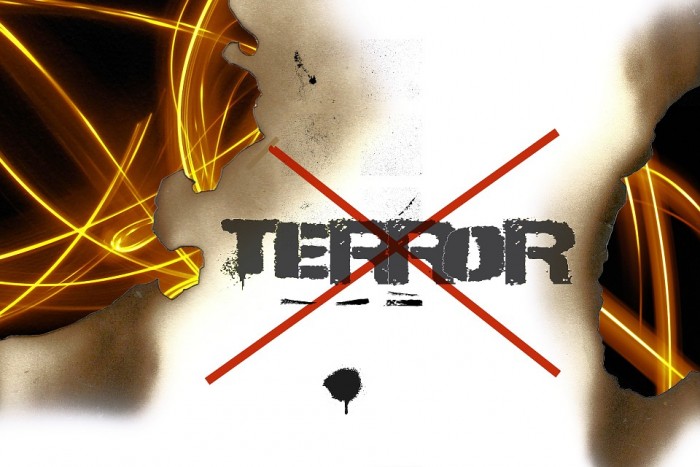 Doesn’t it seem like there is another Islamic terror attack somewhere in the world almost every day now? Today, there was a throat slashing at a subway station in London, and three female suicide bombers carried out a devastating attack in Chad that killed at least 27 and injured at least 90. Inspired by the success of ISIS, radical Islamists all over the planet are rising up and striking vulnerable targets. According to Wikipedia, there have been dozens of terror attacks worldwide so far this year, and the recent attacks in Paris and San Bernardino were some of the biggest news stories of 2015. Unfortunately, I believe that this is just the beginning. I am fully convinced that the seeds of terror that have been planted up until now will produce an increasingly bitter harvest as we head into 2016 and beyond.

The throat slashing that just happened in London is another in a series of seemingly random attacks that is creating fear all over Europe right now. Reportedly, the attacker yelled “this is for Syria” as he struck at his victim…

A man was stabbed in the ticket hall at Leytonstone station this evening by another man who witnesses say shouted “This is for Syria” as he slashed his throat.

Another three are thought to have been injured.

The Met Police said its counter-terrorism command unit is now investigating the incident.

Police said they used a taser on the suspect as he threatened others with a knife, before they managed to arrest him.

One person, who claims to have witnessed the attack, took to social media to reveal details of the horror. Laurynas Godvisa said: “So as I was going to Leytonstone station was dressed to go to Christmas dinner with people from work.

“As I walked down I just saw a lot of people running but I ignored it and kept walking to get my train, but suddenly what I saw I couldn’t believe my eyes and what I saw was I guy with a knife and a dead guy on the floor.

“I was so scared I ran for my life. After good 10-15 police came and got the guy and arrested him.

“And as he was coming out this is what he said: ‘This is what happens when you **** with mother Syria all of your blood will be spilled.’”

On a daily basis, we all rely on the fact that the people we encounter in public are not going to try to kill us.

But what happens when attacks start happening regularly at soft targets such as schools, churches, subway stations, shopping malls and sporting events?

It isn’t going to take many mass casualty events in the western world before people really start freaking out.

In other areas of the world, we already see these sorts of mass casualty events on a regular basis. And I am not just talking about the Middle East. For example, just check out what happened earlier today in Africa…

A deadly attack took the lives of at least 27 people in Africa. A local market on the island of Koulfoua, in Chad was struck, according to the BBC and AP, injuring at least 90.

The Lake Chad region straddles the borders of Chad, Cameroon, Niger and Nigeria.

In Nigeria, Islamic terror has become a part of daily life. It wasn’t always that way, but now Boko Haram is creating havoc all over the place.

Given enough time, the same thing would happen in the United States. We have all seen what just happened in San Bernardino, and more radical Islamists are coming into this country all the time. Sadly, the truth is that Sayed Farook and Tashfeen Malik are just the very small tip of a very large iceberg.

The mainstream media is keeping very quiet about the fact that Sayed Farook had been arguing with a 52-year-old pro-Israel Messianic Jewish Christian co-worker named Nicholas Thalasinos and had openly threatened to kill him. A radical Muslim taking revenge on a conservative Christian because of what he believed doesn’t fit any of the “narratives” that the mainstream media is trying to push, and so that part of the story is being almost entirely ignored. In fact, I just read an extremely long article on the attack by the Washington Post, and there was not a single mention of Thalasinos in the entire article.

But the mainstream media is telling us that Farook and Malik had both been radicalized, and it is being reported that Malik even went so far as to pledge her allegiance to ISIS. The following comes from the Daily Mail…

New details have emerged about the radicalization of a Pakistani woman who along with her American husband killed 14 people in San Bernardino California and pledged allegiance to ISIS.

Tashfeen Malik who moved to the US last year when she married Syed Rizwan Farook, 28, had spent most of her life in Saudi Arabia and relatives say she began to be radicalized in college.

Relatives of Malik in Pakistan, estranged from their wealthy family members who live in Saudi Arabia, said she used to wear Western-style clothing but later switched to more traditional garments such as a burka, which covers the the entire body.

These kinds of radicals are moving to America on a constant basis now, and Barack Obama wants to accelerate this process.

During recent television appearances and on a DVD that I made earlier this year, I went on the record with my prediction that a horrible wave of Islamic terrorism was coming to America.

Unfortunately, what we have seen so far is just a preview.

And as the terrorists see the panic and fear that they are able to create, it will just embolden them to try to launch even bigger and more destructive attacks.

If you don’t think that this can happen in America, just look at what is already happening around the rest of the world. From 2013 to 2014, the number of people around the world killed by terrorism increased by 80 percent, and this year the plague of Islamic terror has gotten even worse.

Our world is becoming increasingly unstable, and our society is extremely vulnerable to various forms of terrorism. And as we have seen with Sayed Farook and Tashfeen Malik, anyone that is willing to commit extremely destructive acts of violent terrorism will suddenly become world famous. Terrorists desperately want to focus attention on themselves, and they love to create fear, and in this day and age it is very easy to do both.

I wish that I could be more optimistic, but as we head into 2016 I have a feeling that this outbreak of Islamic terror is only going to get worse. This is going to fundamentally change all of our lives, and we need to be ready to deal with that reality.