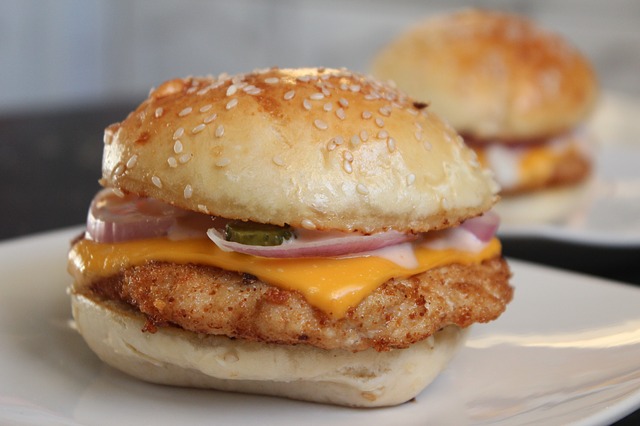 According to Gallup, America is now fatter than it has ever been before. But how can this possibly be? After all, Americans spend an astounding 60 billion dollars a year on weight loss programs and products. After putting so much time, effort and energy into losing weight, shouldn’t we be some of the healthiest people on the entire planet? Sadly, the truth is that obesity has become a national epidemic, and we are known around the globe for our huge size. The term “fat Americans” has become synonymous with overweight tourists, and other cultures mock us for our apparent sloth. But could there be more to this than just the fact that we eat too much? Could it be possible that we have been fattened up by design?

Before we get to that, let’s take a look at some of the cold, hard numbers. The following are some of the statistics from the Gallup survey that I mentioned above…

-At 19.0 percent, Hawaii has the lowest rate of obesity in the entire country.

-At 35.2 percent, Mississippi has the highest rate of obesity in the entire country.

And remember, those numbers just cover obesity. You can definitely be overweight without meeting the official criteria for being “obese”. According to CNN, 70 percent of all Americans are overweight at this point. To say that we have a national crisis on our hands is a huge understatement.

One of the primary reasons why most of us are overweight is due to how our food is made. The American diet is highly processed and it is absolutely packed with obesity-causing ingredients such as sugar and high fructose corn syrup. And it is well documented that some of the additives that they put into our food are highly addictive and actually make you want to eat more. In fact, it has been reported that some of the additives are about as addictive as “opiates“, “heroin” and “cocaine“. The big food corporations want us to eat as much as possible, because when we eat more of their food they make more money.

Unfortunately, being overweight is not just an issue of not looking as good as we could. As Gallup explained, a whole host of health problems are related to obesity…

The national obesity rate in 2014 was the highest that Gallup and Healthways have measured since starting to track this measure in 2008. In a handful of states, more than a third of the population is obese. Residents in these areas are less likely to eat healthily and exercise, and are more likely to suffer from chronic diseases like high blood pressure, high cholesterol, depression, diabetes, cancer and heart attacks. Obesity-related health problems could drive up healthcare costs and potentially have larger economic implications for states that suffer most.

The strong relationship between obesity and overall well-being suggests that interventions geared toward encouraging exercise and healthy eating, while important, may not be enough to reverse the upward trend in obesity. Gallup has found that Americans’ desire to lose weight is not matched by their efforts. The mismatch between desired weight loss and weight loss efforts may stem from deficits in other areas of well-being. For instance, if residents don’t have a strong sense of purpose, struggle financially or lack supportive relationships, it will be much more difficult for them to buy healthy food, exercise regularly and achieve their weight loss goals.

Cancer, heart disease and diabetes are all huge money makers for the medical establishment. If you can believe it, 100 billion dollars was spent on cancer drugs last year alone. So there are people out there that are becoming exceedingly wealthy from all of our misery.

In addition, it is a fact that being overweight shaves years off of our lives. Just consider the following information that was shared by Natural News…

Similarly, the young obese men suffered 18.8 more years of poor health leading up to their early deaths compared to men of healthy weight, while young obese women suffered 19.1 years of poor health. Even when obesity emerged just in old age, both men and women were found to lose years off of their lives: for men, an average of 3.7 years and for women about 5.3 years.

So why doesn’t the medical establishment do more to help us lose weight and keep it off?

Well, if we were all at a healthy weight they would lose a tremendous amount of money. Right now, if the U.S. health care system was a separate country, it would be the 6th largest economy on the entire planet. The sicker that all of us are, the more money the medical establishment makes.

And then of course there is the massively bloated weight loss industry. As I mentioned above, 60 billion dollars a year is spent on weight loss programs and products in the United States. If we were all at a healthy weight, we wouldn’t need to spend all of that money.

Tragically, most of those programs don’t work in the long run anyway. At least that is what one scientific study discovered…

In the end, the advice and products offer virtually no long-term return on investment—measured, of course, in pounds permanently lost. According to a 2006 study reported in The New England Journal of Medicine, most people who participate in weight-loss programs “regain about one-third of the weight lost during the next year and are typically back to baseline in three to five years.”

The key is to make healthy choices a lifestyle and not just a one time event.

If you “go on a diet” or you “do a cleanse”, but then you just go back and do the same things that you did before, you are going to end up at the exact same place you started.

If we want to be healthy, what we need to do is to design our lives so that we are doing the right things consistently. We need to be physically active, we need to eat healthy (lots of fruits and vegetables), and we need to avoid the things that we know will make us fat.

In the end, it isn’t that complicated. Thanks to the Internet, there is lots and lots of great health information out there that you can access for free. But you have got to be willing to make the right choices and to do the right things consistently.

So what do you think? Is there anything that you would like to add to this discussion about obesity? Please feel free to share your thoughts by posting a comment below…