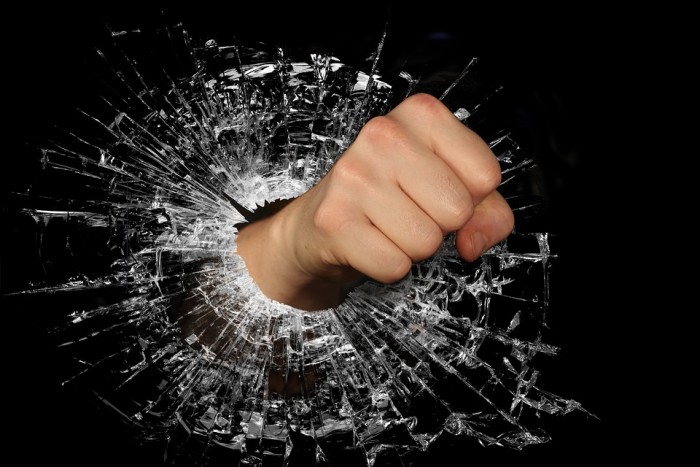 If there is one thing that Americans can agree on these days, it is the fact that most of us don’t like the government. CBS News has just released an article entitled “Americans hate the U.S. government more than ever“, and an average of recent surveys calculated by Real Clear Politics found that 63 percent of all Americans believe the country is heading in the wrong direction and only 28 percent of all Americans believe that the country is heading in the right direction. In just a few days the first real ballots of the 2016 election will be cast in Iowa, and up to this point the big story of this cycle has been the rise of “outsider” candidates that many of the pundits had assumed would never have a legitimate chance. Donald Trump, Ted Cruz and Bernie Sanders have all been beneficiaries of the overwhelming disgust that the American people feel regarding what has been going on in Washington.

And it isn’t just Barack Obama or members of Congress that Americans are disgusted with. According to the CBS News article that I referenced above, our satisfaction with various federal agencies has fallen to an eight year low…

A handful of industries are those “love to hate” types of businesses, such as cable-television companies and Internet service providers.

The federal government has joined the ranks of the bottom-of-the-barrel industries, according to a new survey from the American Customer Satisfaction Index. Americans’ satisfaction level in dealing with federal agencies –everything from Treasury to Homeland Security — has fallen for a third consecutive year, reaching an eight-year low.

So if we are all so fed up with the way that things are running, it should be easy to fix right?

Unfortunately, things are not so simple.

In America today, we are more divided as a nation than ever. If you ask 100 different people how we should fix this country, you are going to get 100 very different answers. We no longer have a single shared set of values or principles that unites us, and therefore it is going to be nearly impossible for us to come together on specific solutions.

You would think that the principles enshrined in the U.S. Constitution should be able to unite us, but sadly those days are long gone. In fact, the word “constitutionalist” has become almost synonymous with “terrorist” in our nation. If you go around calling yourself a “constitutionalist” in America today, there is a good chance that you will be dismissed as a radical right-wing wacko that probably needs to be locked up.

The increasing division in our nation can be seen very clearly during this election season. On the left, an admitted socialist is generating the most enthusiasm of any of the candidates. Among many Democrats today, Hillary Clinton is simply “not liberal enough” and no longer represents their values.

On the other end of the spectrum, a lot of Republican voters are gravitating toward either Donald Trump or Ted Cruz. Both of those candidates represent a complete break from how establishment Republicans have been doing things in recent years.

Now don’t get me wrong – I am certainly not suggesting that we need to meet in the middle. My point is that there is absolutely no national consensus about what we should do. On the far left, they want to take us into full-blown socialism. Those that support Donald Trump or Ted Cruz want to take us in a more conservative direction. But even among Republicans there are vast disagreements about how to fix this country. Establishment Republicans greatly dislike both Trump and Cruz, and they are quite determined to do whatever it takes to keep either of them from getting the nomination. The elite have grown very accustomed to anointing the nominee from each party every four years, and so the popularity of Trump and Cruz is making them quite uneasy this time around. The following comes from the New York Times…

The members of the party establishment are growing impatient as they watch Mr. Trump and Mr. Cruz dominate the field heading into the Iowa caucuses next Monday and the New Hampshire primary about a week later.

The party elders had hoped that one of their preferred candidates, such as Senator Marco Rubio of Florida, would be rising above the others by now and becoming a contender to rally around.

The global elite gathered in Davos, Switzerland are also greatly displeased with Trump. Just check out some of the words that they are using to describe him…

“Unbelievable“, “embarrassing” even “dangerous” are some of the words the financial elite gathered at the World Economic Forum conference in the Swiss resort of Davos have been using to describe U.S. Republican presidential frontrunner Donald Trump.

Although some said they still expected his campaign to founder before his party picks its nominee for the November election many said it was no longer unthinkable that he could be the Republican candidate.

The truth is that the Republican Party represents somewhere less than half the population in the United States, and today it is at war with itself. Supporters of Trump have a significantly different vision of the future than supporters of Cruz, and the establishment wing wants nothing to do with either candidate.

A lot of people seem to assume that since Trump is leading in the polls that he will almost certainly get the nomination.

That is not exactly a safe bet.

It is my contention that the establishment will pull out every trick in the book to keep either him or Cruz from getting the nomination. And in order to lock up the nomination before the Republican convention, a candidate will need to have secured slightly more than 60 percent of all of the delegates during the caucuses and the primaries.

It is going to be much more difficult for Donald Trump to win the Republican nomination than most people think. In order to win the nomination, a candidate must secure at least 1,237 of the 2,472 delegates that are up for grabs. But not all of them will be won during the state-by-state series of caucuses and primaries that will take place during the first half of 2016. Of the total of 2,472 Republican delegates, 437 of them are unpledged delegates – and 168 of those are members of the Republican National Committee. And unless you have been hiding under a rock somewhere, you already know that the Republican National Committee is not a fan of Donald Trump. In order to win the Republican nomination without any of the unpledged delegates, Trump would need to win 60.78 percent of the delegates that are up for grabs during the caucuses and primaries. And considering that his poll support is hovering around 30 percent right now, that is a very tall order.

In the past, it was easier for a front-runner to pile up delegates in “winner take all” states, but for this election cycle the Republicans have changed quite a few things. In 2016, all states that hold caucuses or primaries before March 15th must award their delegates proportionally. So when Trump wins any of those early states, he won’t receive all of the delegates. Instead, he will just get a portion of them based on the percentage of the vote that he received.

In 2016, more delegates will be allocated on a proportional basis by the Republicans than ever before, and with such a crowded field that makes it quite likely that no candidate will have secured enough delegates for the nomination by the time the Republican convention rolls around.

If no candidate has more than 60 percent of the delegates by the end of the process, then it is quite likely that we will see the first true “brokered convention” in decades.

If we do see a “brokered convention”, that would almost surely result in an establishment candidate coming away with the nomination. That list of names would include Bush, Rubio, Christie and Kasich.

And if by some incredible miracle either Trump or Cruz does get the nomination, the elite will move heaven and earth to make sure that Hillary Clinton ends up in the White House.

For decades, it has seemed like nothing ever really changes no matter which political party is in power, and that is exactly how the elite like it.

Our two major political parties are really just two sides of the same coin, and they are both leading this nation right down the toilet.