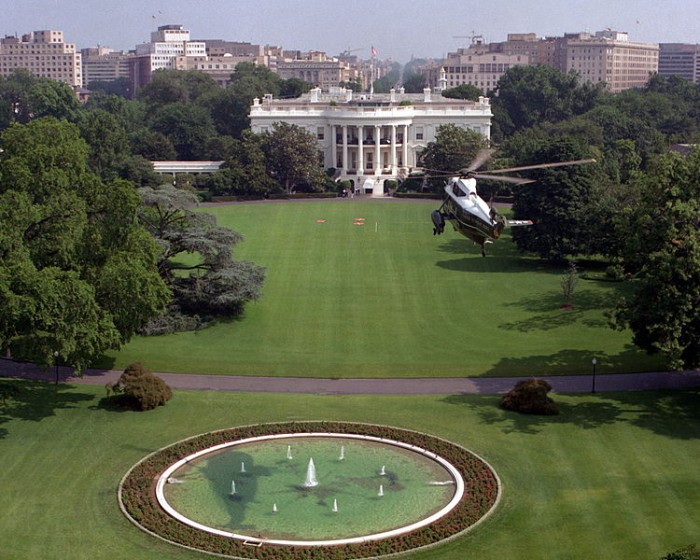 When I first came across these new survey results I was rather stunned. I had known that America had been moving to the left for a long time, but I had no idea that the movement had been this dramatic. The following is an excerpt from a Huffington Post article about this new survey…

The latest WSJ/NBC poll listed a series of qualities in a potential presidential candidate and asked respondents whether they’d “be enthusiastic,” “be comfortable with,” “have some reservations about” or “be very uncomfortable with” a candidate with each of those qualities.

And of course this is just part of a larger shift to the left. In a previous article, I discussed the results of Gallup’s most recent “annual Values and Beliefs survey”. When you compare those results to the results from the same survey in 2001, you find that there has been an absolutely colossal shift in America’s values since the turn of the century. The following numbers represent the percentage of Americans that find various behaviors to be “morally acceptable”…

Sex between an unmarried man and woman

Having a baby outside of marriage

Is there any doubt left at this point that we are becoming a more “socially liberal” nation?

Meanwhile, animosity for those that hold “socially conservative” viewpoints continues to rise.

In previous articles, I have detailed how Bible-believing Christians are being purged out of the military and are even being labeled as “potential terrorists” in official U.S. government documents.

For example, just consider what one Christian student recently experienced in a humanities course. The following comes from an article by Kit Daniels…

A humanities professor reportedly failed a Christian student for not denouncing her faith in support of Marxism, atheism and feminism. 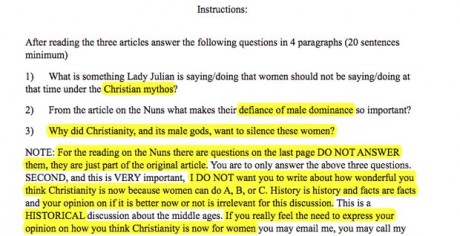 The professor, Lance “L.J.” Russum at Polk State College in Winter Haven, Fla., allegedly gave the student four straight zeros on assignments because she refused to agree with his biased test questions which painted Christianity as false, violent and oppressive to women.

When confronted, the professor did not back down and neither did the dean of the college…

“This course in no way is a challenge to anyone religious ‘faith’ because it never addresses religion from the standpoint of faith, only from philosophical/political/historical perspectives,” Rossum responded. “What you hold as a faith system is your personal belief about the gods and goddesses.”

“When you write from a faith position your writing is contrary to the BCI (Basic Course Information Catalog),” he continued. “The BCI is what I am obligated to grade you on. Your answers make it impossible for me to grade when you refuse to follow the course objectives.”

Lewis’ parents also contacted Dean Donald Painter, who reviewed the matter but said that he found the assignments to be “appropriate based on the course description and learning outcomes.”

So what is causing this enormous cultural shift that is taking place in our nation?

Personally, I am convinced that it has a lot to do with the power of the mainstream media. The average American spends about 10 hours a day using an electronic device of some sort, and approximately 90 percent of the news, information and entertainment that we get from those electronic devices is controlled by just six monolithic corporations.

The next time that you are watching a movie or a television show, pay attention to how different groups of people are being portrayed. You will notice that “socially liberal” groups are almost always painted in a positive light. On the flip side, evangelical Christians are almost always portrayed negatively.

Whatever you feed your mind consistently is what you will eventually become. And most Americans are feeding their minds with propaganda that is endlessly praising certain groups of people while constantly demonizing others groups of people.

As this continues, the environment for Bible-believing Christians in America is going to become increasingly hostile.

But that doesn’t mean that all is lost for those that believe in the Lord Jesus Christ. Even in the midst of all the chaos and all the darkness that we are going to see in future years, I believe that the greatest move of God that the world has ever seen is coming. As I recently explained, it is going to be a truly global movement that looks very different from how we “play church” today, and it is going to absolutely shock the world.

Has America permanently moved to the left on social issues?

And if so, what does that mean for the future of this nation?