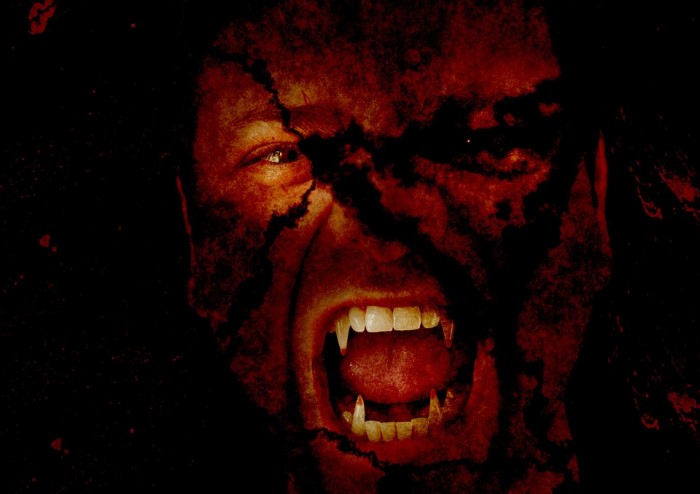 I am about to share with you some absolutely astounding information. It turns out that the exact day when reproductions of the arch that stood in front of the Temple of Baal are going to be erected in Times Square in New York City and in Trafalgar Square in London is also the exact day when a very important occult festival related to the worship of Baal begins. April 19th is the first day of a 13 day period of time known as “the Blood Sacrifice to the Beast” that culminates on the high occult holy day of Beltane on May 1st. In some parts of the world, Beltane is much better known as “May Day”, and it has been described as the “Illuminati’s second most sacred holiday”. As you will see below, we have indeed witnessed a disturbing series of “blood sacrifices” during the second half of April in recent years, and many people wonder if there is a connection.

April 19th is also known as “the Feast of Moloch”. If you are not familiar with “Moloch” or “Molech”, it is an ancient Canaanite god that is repeatedly denounced in the Old Testament. Child sacrifice was a key feature of the worship of Moloch, and a giant statue of this pagan deity is set up at the Bohemian Grove in northern California every year.

Is it just a coincidence that reproductions of the arch that stood in front of the Temple of Baal in Palmyra, Syria are going up in New York and London on the precise day when the Feast of Moloch is celebrated and when “the Blood Sacrifice to the Beast” begins? The organization in charge of this “cultural project” is the Institute for Digital Archaeology. The following comes directly from their website…

On April 19, 2016, in cooperation with national and international cultural heritage preservation organizations, and in conjunction with World Heritage Week 2016, the Institute for Digital Archaeology will install a monumental scale reconstruction of Palmyra’s Triumphal Arch on Trafalgar Square. Through this project — and others like it scheduled throughout 2016 in cities both inside and outside the Middle East — the IDA seeks to provide an optimistic and constructive response to the ongoing threats to history and heritage that have captured headlines over the past year. Our aim is to highlight the potential for the triumph of human ingenuity over violence by offering innovative, technology-driven options for the stewardship of objects and architecture from our shared past.

Are we to believe that this date was chosen at random?

Is it just some sort of weird “accident” that the date they decided on begins a 13 day period of time which is exceedingly significant for the worship of Baal?…

“April 19 – May 1 – Blood Sacrifice To The Beast, a most critical 13-day period. Fire sacrifice is required on April 19.

April 19 is the first day of the 13-day Satanic ritual day relating to fire – the fire god, Baal, or Molech/Nimrod (the Sun God), also known as the Roman god, Saturn (Satan/Devil). This day is a major human sacrifice day, demanding fire sacrifice with an emphasis on children. This day is one of the most important human sacrifice days, and as such, has had some very important historic events occur on this day.”

And as I mentioned above, we have indeed witnessed some very noteworthy “blood sacrifices” during the second half of the month of April over the past few decades.

In addition, let’s not forget that Tamerlan Tsarnaev was shot to death on April 19th, and the explosion and fire on the Deepwater Horizon took place on April 20th.

I also wanted to note that since 2016 is a leap year, April 20th will be the 111th day of the year, and triple numbers are considered to be “power dates” in the occult world.

This 13 day period which begins on April 19th culminates with the high occult holy day of Beltane on May 1st. In recent years, this occult holiday has experienced a tremendous resurgence – especially in Europe. The origin of Beltane can be traced all the way back to the worship of Baal in the ancient Middle East. The following comes from examiner.com…

Beltane (pronounced, “B’yal-t’n”) begins April 30th at sundown and lasts until sunrise on May 1st. Beltane is the opposite of Halloween on the Satanic calender as Halloween is a time of reaping, while Beltane is a time of rebirth. This holiday is a time to celebrate fertility, indulgence, the rebirth of spring, and the Sumerian God Enlil (Baal), this is where the name “Beltane” originates.

Before any real celebrating took place, wood from nine different types of trees gathered and a sacred grid was made. The grid was created by drawing a square on the ground and dividing it into eight smaller squares. Turf from the eight outer squares were dug out leaving the ninth square intact. The Beltane fire symbolized the central hearth of the community, the divine fire in the center of all things, and the spark of life within mankind.

Beltane celebrations were celebrated in the nude with orgiastic sex and without shame. Celebrants would dance around the maypole which stood as a phallic symbol. Couples would pair up, jump through the bonfire, and had sex in the woods all night, after intense feasting.

And as I discussed in my article the other day, the worship of Baal can be traced all the way back to an ancient king of Babylon that is known in Sumerian sources as Enmerkar, but that is known in the Bible as Nimrod. He established the very first “New World Order” in the ancient world, and he fundamentally changed the course of human history.

After he passed away, this ancient king of Babylon eventually came to be worshipped as a sun god under a whole host of different names: Marduk, Osiris, Apollo etc.

Many secret societies and occult groups believe that someday this ancient deity will be “resurrected” and will once again take his place as the ruler of the world. And many Christians scholars are entirely convinced that there is some sort of connection between the ancient figure of Nimrod and the coming Antichrist.

Could it be possible that there is more to these “gateways” that are being constructed than we are being told?

Could it be possible that we are laying out giant “welcome signs” for the Antichrist?

We have entered a period of time known in the Bible as “the last days”. In fact, this is the focus of my new book. If you think that what you have read in this article is a bit strange, well the truth is that you haven’t seen anything yet.

From this point forward, things are going to get much, much stranger.

Ultimately, the world that we live in is going to come to resemble something out of a post-apocalyptic science fiction novel.

So enjoy the remaining days of “normal life” as we have all come to know it.

Our world is rapidly changing, and those changes will soon become extremely dramatic.