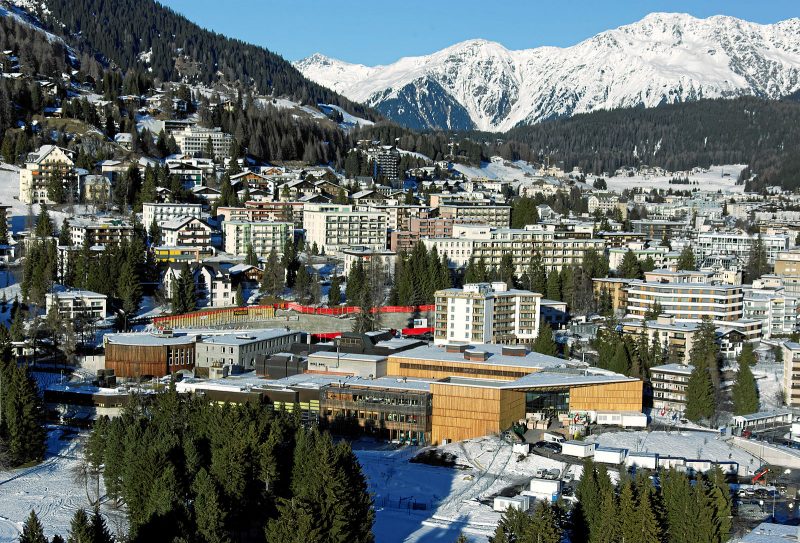 This week, 2,658 of the “world’s decision-makers” will gather in Davos, Switzerland for the annual meeting of the World Economic Forum.  Protected by thousands of police officers and soldiers, the elite of the world will feast and party throughout the week as they shape the global agenda for the coming year.  Needless to say, our input is not desired or welcomed.  In order to get into this conference, you have got to be a part of their club, and in order to be a part of their club you must be a very important person.  It is being reported that the official list of 2,658 attendees this year includes “heads of state, business royalty, actual royalty, media honchos, and academics”…

The world’s decision-makers are gathering in Switzerland this week for the World Economic Forum meeting. The annual event of business and government leaders is expecting a solid turnout as it returns to its traditional winter time slot following two years of covid disruptions.

According to the official list, which is accurate as of Jan. 10, 2,658 attendees are registered for the event. Among them are heads of state, business royalty, actual royalty, media honchos, and academics. There are hundreds more participating on the sidelines, whether organizing, catering, or attending corporate events along the promenade that cuts through the center of Davos.

I suppose that someone could try to show up at the conference unannounced, but it is not likely that anyone that is not authorized will get very close.

All of the roads leading to the conference have checkpoints, and apparently fingerprint scanners are being used in some cases to verify identities.

NOW – Police and military have blocked the access roads to Davos, where Klaus Schwab is holding his World Economic Forum summit.

People, vehicles, and fingerprints are now being checked. pic.twitter.com/K5p1r2iMas

I can’t recall ever seeing anything quite like this.

In addition to hordes of regular police, the Swiss military will be providing “up to 5,000 soldiers” to bolster security…

With one week to go until the who’s who of the most radical globalists descend upon the picturesque ski resort town of Davos, Switzerland for the World Economic Forum (WEF) annual meeting, up to 5,000 soldiers from the Swiss army will be deployed to offer military support to the civil authorities of the canton of Graubünden, who are responsible for securing the summit’s premises and its participants.

In a statement released Friday, January 6th, the Swiss Defense Department (VBS) said that the Federal Assembly, the country’s parliament, had approved the deployment of the Swiss army contingent to ensure the security of thousands of participants, the Swiss German-language newspaper Blick reports. This year’s deployment is part of a three-year commitment, from 2022 to 2024, by Parliament to support these high profile civic activities.

Somehow, Klaus Schwab and his minions have turned this annual gathering in Davos into a “must attend” event for the global elite.

And if there is anything that the global elite do not like, it is mixing with the general population.

As Paul Joseph Watson has aptly observed, it is a big club and you and I are not part of it.

Leading up to the conference, the WEF issued a “global risks report”, and in that report they actually created a brand new term to describe the extreme chaos that is gripping our world right now…

The collective vocabularies stored in the world’s great dictionaries didn’t appear to hold a single world to sum up all this strife. So here’s a new one: Polycrisis.

The World Economic Forum’s Global Risks Report 2023 uses the term, to explain how, “present and future risks can also interact with each other to form a ‘polycrisis’ – a cluster of related global risks with compounding effects, such that the overall impact exceeds the sum of each part”.

Normally, I disagree with everything that the World Economic Forum does, but I actually kind of like this new term that they have come up with.

We are definitely facing “a cluster of related global risks with compounding effects, such that the overall impact exceeds the sum of each part”, and 2023 will almost certainly be another year when we are hit by one crisis after another.

I have often referred to what we are facing as “a perfect storm”, but I think that “polycrisis” is a pretty good descriptor as well.

Unfortunately, virtually every “solution” that will be on the agenda at Davos will be bad for humanity.

The globalists don’t seem to realize that the system that they have worked so hard to carefully construct is rapidly failing, and many in the general population are sick and tired of the self-destructive policies that they have been trying to push on all the rest of us.

Interestingly, as the global elite gather in Davos an extremely rare “green comet” will be making a run toward Earth…

A rare green comet, last seen in Earth’s skies 50,000 years ago, is revisiting our solar system and may become visible to the naked eye within the next few weeks.

The comet – formally identified as C/2022 E3 (ZTF) but commonly called the “green comet” – won’t be as bright as other famous comets such as Halley’s or Hale-Bopp.

“The brightness of comets is notoriously unpredictable, but by (Feb. 1) C/2022 E3 (ZTF) could become only just visible to the eye in dark night skies,” NASA said in its blog.

This comet will be the closest to our planet on February 1st and 2nd, and that will be the best opportunity to potentially see it with the naked eye.

Before I end this article, I wanted to acknowledge the passing of Lisa Marie Presley.

Lisa Marie Presley dead at 54 due to cardiac arrest 💉 pic.twitter.com/KHILRupP5z

It is such a tragedy to lose her at such a young age.

If Elvis was alive today, how do you think he would have responded to the sudden death of his little girl?

2023 is just a little over two weeks old, and already there has been so much sadness.

Unfortunately, I believe that much more sadness is coming, because the “polycrisis” that we are facing will only intensify even more as global events continue to accelerate.