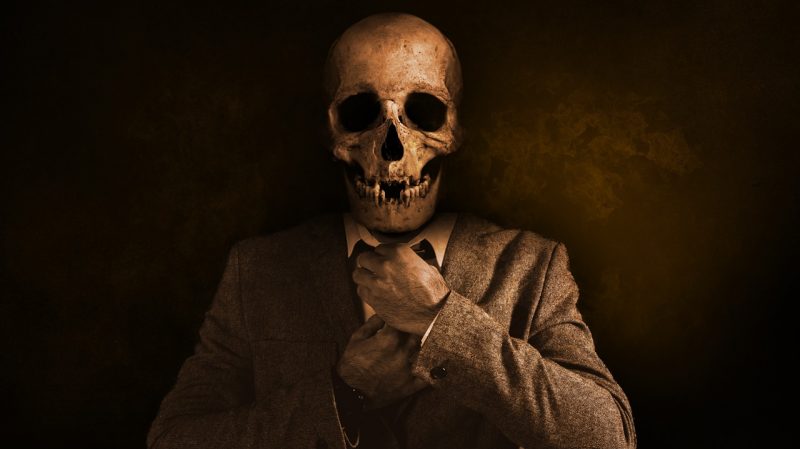 Everyone pretty much agrees that we have a major problem with crime in this nation.  But when we talk about “crime”, are we all talking about the same thing?  Normally, when most of us think about “crime” what comes to mind is the rampant violence in our city streets.  As I discussed a couple of weeks ago, the FBI just released the final numbers for 2020, and they showed that the murder rate was up about 29 percent.  That was the largest one year increase in U.S. history by a very wide margin, and law enforcement authorities are warning that the numbers for this year will show another huge jump.  With so much violence in our streets, it is only natural that when we think of “crime” that we tend to think of young men recklessly firing guns in the core urban areas of our major cites.  Here is one example that I just came across…

An intense wild west gunfight that played out on the streets of the Bronx was caught on camera in incredible new footage released by New York police.

The video begins by showing what appears to be seven gang members brandishing pistols, firing at an unidentified target across the street.

This is the latest in a string of high-profile incidents of violent crime that have become more common throughout the five boroughs in the last 18 months, during which New York City has seen a rise in the number of shootings, felony assaults, and hate crimes.

But do they represent the worst that our society has to offer?

Even worse are the people that choose to take guns into our schools and start shooting.  Sadly, we had another such incident on Wednesday…

An 18-year-old suspect was taken into custody Wednesday after four people were injured in a shooting at a Texas high school, authorities said. Three of the victims were hospitalized, with at least one requiring surgery.

Around 9:15 a.m., police responded to a call about a shooting on the second floor of Timberview High School in Arlington, according to Kevin Kolbye, the city’s assistant police chief. Two of the victims were shot but were expected to survive, Kolbye said.

There is no place for such violence in our society, and I don’t want to minimize the evil of such a crime one bit.

But there are even worse criminals.

You see, the truth is that the biggest criminals in our society can be found in corporate boardrooms and in our halls of power.  The wicked decisions that very powerful men and women make behind closed doors can result in the deaths of thousands or even millions of people.

Let me give you a few examples.  Merck just announced a new COVID “wonder drug”, and those running the company have decided to charge $712 for a treatment that only costs $17.74 to produce…

Merck’s new ‘not Ivermectin’ Covid-19 treatment, molnupiravir, costs $17.74 to produce – yet the company is charging the US government $712 for the treatment – a 40x markup, according to The Intercept, citing a report issued last week by the Harvard School of Public Health and King’s College Hospital in London.

The pill, originally developed using US government funds as a possible treatment for Venezuelan equine encephalitis, cut the risk of hospitalization and death in half in a randomized trial of 775 adults with mild/moderate Covid who were considered at high risk for disease due to comorbidities such as obesity, diabetes and heart disease. The trial was stopped early so the company could apply for and emergency use authorization (EUA). The drug did not benefit patients who were already hospitalized with severe disease.

Theoretically, this “wonder drug” could help millions upon millions of COVID victims all over the globe in the coming years if it was priced fairly.

But the vast majority of those potential patients will never see it because they simply will not be able to afford it.

Meanwhile, how many other inexpensive alternative treatments are being suppressed so that big pharma can rake in billions of dollars in profits?

Let’s take a look at another example.  A woman in Colorado is being denied a life-saving kidney transplant because she refuses to get the COVID vaccine…

A Colorado woman suffering from stage five renal failure was denied a new kidney because both she and her prospective donor were unvaccinated.

The University of Colorado Health hospital sent a letter to Leilani Lutali, 56, who was set to receive a kidney from Jaimee Fougner, 45, informing her that the procedure could not be done until both women were vaccinated against COVID-19.

‘I feel coerced. I feel like my life is being held in their hands in exchange for a shot, and the attitude is just take the shot,’ Lutali told Denver7.

They are fully prepared to let her die if she won’t get the shot.

You have to be a special kind of evil to be so absolutely heartless.

In our society, the level of wickedness tends to rise the higher up the food chain that you go.  And so it shouldn’t surprise anyone that Washington D.C. is absolutely seething with evil.  When I worked there over a decade ago, you could literally feel it in the air.

Of course things have only gotten worse since that time, and right now the current resident of the White House is seeing his approval rating absolutely plummet because of all the nightmarish decisions that he has been making…

As his agenda flounders on Capitol Hill, President Joe Biden’s popularity among everyday Americans is taking a beating.

Biden’s approval rating has dropped to 38%, according to a Quinnipiac University poll released Wednesday. That’s down from 42% three weeks ago and from a high of 50% in mid-February.

Sadly, the truth is that the politicians in Washington D.C. are simply a reflection of who we have become as a nation.

And if the full extent of our national misdeeds is ever brought to light, we will become the most hated country on the entire planet and the rest of the world will turn on us with tremendous fury.

There is so much going on behind the scenes that most people don’t know about.  For example, a whistleblower just came forward and revealed some staggering information to Project Veritas.  If you have not seen that video yet, you can view it right here.

Of course the mainstream media will never report on this because they are evil too and this story would hurt the agendas that they are trying to push.

The biggest criminals get up in the morning and put on very expensive suits.  They are paid lots of money and they love fame and recognition.

But they are leading us down a path that leads to national suicide.

Instead, they will just keep laughing all the way to the bank as millions suffer and die.