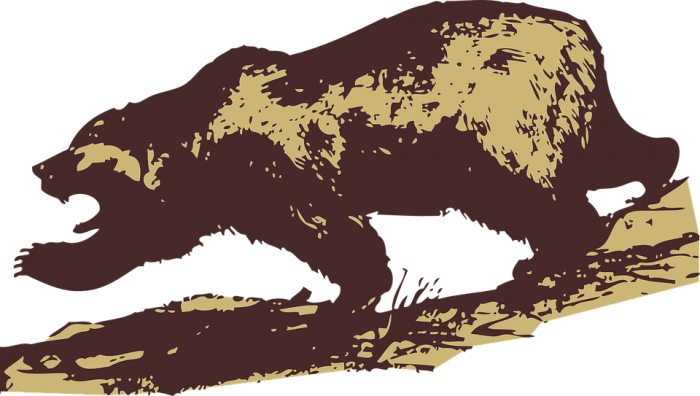 The stock market is in far worse shape than we are being told. As you will see in this article, the average U.S. stock is already down more than 20 percent from the peak of the market. But of course the major indexes are not down nearly that much. As the week begins, the S&P 500 is down 9.8 percent from its 2015 peak, the Dow Jones Industrial Average is down 10.7 percent from its 2015 peak, and the Nasdaq is down 11.0 percent from its 2015 peak. So if you only look at those indexes, you would think that we are only about halfway to bear market territory. Unfortunately, a few high flying stocks such as Facebook, Amazon, Netflix and Google have been masking a much deeper decline for the rest of the market. When the market closed on Friday, 229 of the stocks on the S&P 500 were down at least 20 percent from their 52 week highs, and when you look at indexes that are even broader things are even worse.

For example, let’s take a look at the Standard & Poor’s 1500 index. According to the Bespoke Investment Group, the average stock on that index is down a staggering 26.9 percent from the peak of the market…

Indeed, the Standard & Poor’s 1500 index – a broad basket of large, mid and small company stocks – shows that the average stock’s distance from its 52-week high is 26.9%, according to stats compiled by Bespoke Investment Group through Friday’s close.

So if the average stock has fallen 26.9 percent, what kind of market are we in?

To me, that is definitely bear market territory.

The rapid decline of the markets last week got the attention of the entire world, but of course this current financial crisis did not begin last week. These stocks have been falling since the middle part of last year. And what Bespoke Investment Group discovered is that small cap stocks have been hurt the most by this current downturn…

Here’s a statistical damage assessment, provided by Bespoke Investment Group, of the pain being felt by the average U.S. stock in the S&P 1500 index:

* Small stocks in the S&P 600 index are the farthest distance away from their recent peaks. The average small-cap name is 30.7% below its high in the past year.

After looking at those numbers, is there anyone out there that still wants to try to claim that “nothing is happening”?

Over the past six months or so, the sector that has been hit the hardest has been energy. According to CNN, the average energy stock has now fallen 52 percent…

And then there’s energy. The dramatic decline in crude oil prices rocked the energy space. The average energy stock is now down a whopping 52% from its 52-week high, according to Bespoke. The only thing worse than that is small-cap energy, which is down 61%.

If you go up to an energy executive and try to tell him that “nothing is happening”, you might just get punched in the face.

And it is very important to keep in mind that stocks still have a tremendous distance to fall. They are still massively overvalued by historical standards, and this is something that I have covered repeatedly on my website in recent months.

So how far could they ultimately fall?

Well, Dr. John Hussman is convinced that we could eventually see total losses in the 40 to 55 percent range…

I remain convinced that the U.S. financial markets, particularly equities and low-grade debt, are in a late-stage top formation of the third speculative bubble in 15 years.

On the basis of the valuation measures most strongly correlated with subsequent market returns (and that havefully retained that correlation even across recent market cycles), current extremes imply 40-55% market losses over the completion of the current market cycle, with zero nominal and negative real total returns for the S&P 500 on a 10-to-12-year horizon.

These are not worst-case scenarios, but run-of-the-mill expectations.

If the market does fall about 40 percent, that will just bring us into the range of what is considered to be historically “normal”. If some sort of major disaster or emergency were to strike, that could potentially push the market down much, much farther.

And with each passing day, we get even more numbers which seem to indicate that we are entering a very, very deep global recession.

For instance, global trade numbers are absolutely collapsing. This is a point that Raoul Pal hammered home during an interview with CNBC just the other day…

Basically, it means economies around the world are shipping their goods at near historically low levels. “Something massive is going on in the global economy and people are missing it,” Pal added.

The steep decline in 2015 exports is second only to 2009, when the global recession led to a 37 percent drop in export growth.

We have never seen global exports collapse this much outside of a recession.

Clearly we are witnessing a tremendous shift, and it boggles my mind that more people cannot see it.

As for this current wave of financial turmoil, it is hard to say how long it will last. As I write this article, markets all over the Middle East are imploding, stocks in Asia are going crazy, currencies are crashing, and carry trades are being unwound at a staggering pace. But at some point we should expect the level of panic to subside a bit.

If things do temporarily calm down, don’t let that fool you. Global financial markets have not been this fragile since 2008. Any sort of a trigger event is going to cause stocks all over the world to slide even more.

And let us not minimize the damage that has already been done one bit. As you just read, the average stock on the Standard & Poor’s 1500 index is already down 26.9 percent. The financial crisis that erupted during the second half of 2015 has already resulted in trillions of dollars of wealth being wiped out.

When people ask me when the “next financial crisis” is coming, I have a very simple answer for them.

The next financial crisis is not coming.

The next financial crisis is already here.

An angry bear has been released after nearly seven years in hibernation, and the entire world is going to be absolutely shocked by what happens next.

1 thought on “Bear Market: The Average U.S. Stock Is Already Down More Than 20 Percent”