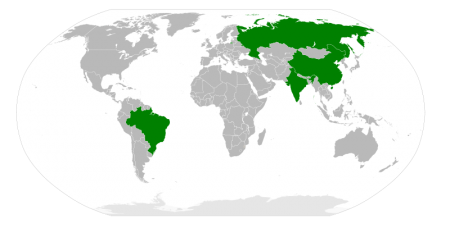 Fed up with U.S. dominance of the global financial system, five emerging market powers this week will launch their own versions of the World Bank and the International Monetary Fund.

At a summit Tuesday through Thursday in Brazil, the five countries will unveil a $100 billion fund to fight financial crises, their version of the IMF. They will also launch a World Bank alternative, a new bank that will make loans for infrastructure projects across the developing world.

The five countries will invest equally in the lender, tentatively called the New Development Bank. Other countries may join later.