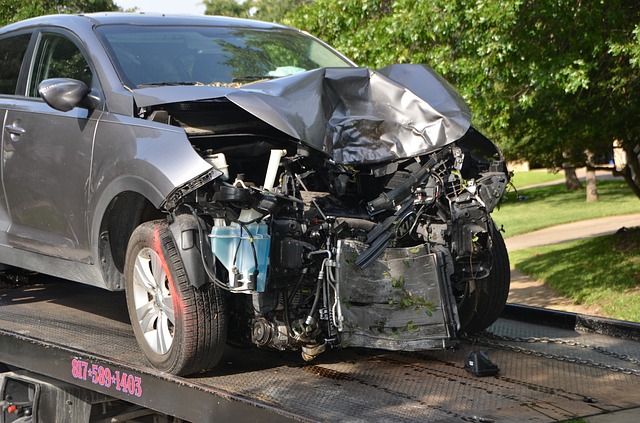 The month of August sure has started off with a bang. Tech stocks are crashing, oil is crashing, industrial commodities are crashing, Greek stocks crashed the moment that the Greek stock market reopened for trading, and Chinese stocks continue to crash. At this point we have not seen a broad crash of U.S. stocks yet, but it is important to note that the Dow is already down more than 700 points from the peak in May. If it continues to slide like it has in recent days, it won’t be too long before we will officially reach “correction” territory. Just a few days ago, I described August as a “pivotal month“, and so far that is indeed turning out to be the case.

A full-blown financial crisis has not erupted yet, but we are well on the way. In this article, I want to look at a few of the “crashes” that are already happening…

This is more of a “correction” than a “crash”, but it is very noteworthy because it is happening to one of the most important U.S. stocks of all. The price of Apple stock has already broken through the 200 day moving average, and at this point it is down nearly 11 percent from the peak…

Shares of Apple are down 10.9% from their highest point in a year — which places the stock squarely in what’s considered to be a correction. The unofficial definition of a correction is a 10% or greater drop from a recent high. Shares of Apple hit a 52-week (and all-time) high on $134.54 on April 28.

If you want to see a real crash, just look at what is happening to Twitter. The stock was down close to 6 percent on Monday, and overall it has fallen 58 percent since early last year. The price of Twitter stock has never been lower than it is right now, and many investors are very apprehensive about what comes next…

Shares have fallen to their lowest point since the company went public in November 2014 weighed down by negative comments on growth from company executives that rattled investors. Its previous low was $30.50 in May 2014 as concerns over slowing user growth began to take a toll.

Of course there are tech companies that are in far worse shape than Twitter. For example, just consider what is happening to Yelp. Shares of Yelp recently plummeted 25 percent in a single day, and they are down about 70 percent over the past year.

The Greek government was quite eager to reopen their stock market this week.

Perhaps they should have waited longer.

On Monday, we witnessed the greatest stock bloodbath in Greek history. The following comes from Reuters…

Greece’s stock market closed with heavy losses on Monday after a five-week shutdown brought on by fears that the country was about to be dumped from the euro zone.

It was the worst daily performance since at least 1985 when modern records began, including a 15 percent fall when Wall Street crashed in 1987.

Things also continue to unravel for “America’s Greece”. On Monday, a U.S. commonwealth territory defaulted on debt for the first time ever…

Puerto Rico’s Government Development Bank announced Monday that it was only able to make a partial payment on its Public Finance Corporation (PFC) debt service due over the weekend.

In response to the non-payment of the full service, Moody’s said it viewed the situation as a default.

“Due to the lack of appropriated funds for this fiscal year the entirety of the PFC payment was not made today (the first business day after the Saturday deadline),” GDB President Melba Acosta-Febo said in a statement. This was a decision that reflects the serious concerns about the Commonwealth’s liquidity in combination with the balance of obligations to our creditors and the equally important obligations to the people of Puerto Rico to ensure the essential services they deserve are maintained.”

As I noted the other day, the Shanghai Composite Index declined 13.4 percent during the month of July. It was the worst month for stocks in China since October 2009.

On Monday, Chinese stocks were down another 1.11 percent. Since closing at 5,166.35 on June 12th, the Shanghai Composite Index has fallen precipitously. As I write this, it is sitting at just 3622.86.

In the months prior to the financial crisis of 2008, the price of oil crashed hard.

Now it is happening again.

In July, the price of oil plunged 21 percent. That was the worst monthly decline that we have seen since October 2008.

And on Monday, the oil crash continued. The following comes from Business Insider…

On Monday in New York, West Texas Intermediate (WTI) crude fell more than 4% and slipped below $45 per barrel, a level it hasn’t touched since March.

Brent crude oil, the international benchmark that joined WTI in a bear market last week, dropped more than 4%, below $50 per barrel for the first time since January.

In recent weeks, I have been writing over and over about industrial commodities. This is yet another striking similarity to the last financial crisis. In 2008, they started crashing before stocks did, and now it is happening again…

We see the Bloomberg Commodities index now at a 13-year low. Copper is down 28 percent for the year, tin is down 30 percent, and nickel is down 44 percent.

This is a giant red flag that indicates that we are plunging into a deflationary cycle. When global economic activity slows down, so does demand for industrial commodities. I don’t understand why more people can’t see this.

I have been warning that a deflationary downturn was coming for a very long time, and so have others. For instance, just consider the following excerpt from a recent article by Nicole Foss…

Our consistent theme here at the Automatic Earth since its inception has been that we are facing a very powerful deflationary depression, following on from the bursting of an epic financial bubble. What we have witnessed in our three decades of expansion and inflation is nothing short of a monetary supernova, and that period has been the just culmination of a much larger upward trend going back many decades at least. We have lived through a credit hyper-expansion for the record books, with an unprecedented generation of excess claims to underlying real wealth. In doing so we have created the largest financial departure from reality in human history.

Bubbles are not new – humanity has experienced them periodically going all the way back to antiquity – but the novel aspect of this one, apart from its scale, is its occurrence at a point when we have reached or are reaching so many limits on a global scale. The retrenchment we are about to experience as this bubble bursts is also set to be unprecedented, given that the scale of a bust is predictably proportionate to the scale of the excesses during the boom that precedes it. We have built an incredibly complex economic system, but despite its robust appearance it is over-extended, brittle and fragile after decades of fueling its continued expansion by feeding on its own substance.

Things continue to line up in textbook fashion for a major financial crisis during the fall and winter.

I hope that you are prepared for what comes next.