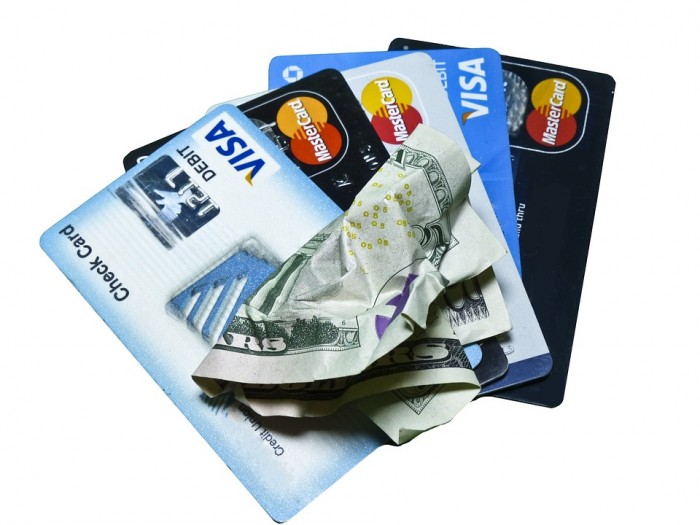 For the first time ever, total credit card debt in the United States is approaching a trillion dollars. Instead of learning painful lessons from the last recession, Americans continue to make the same horrendous financial mistakes over and over again. In fact, U.S. consumers accumulated more new credit card debt during the 4th quarter of 2015 than they did during the years of 2009, 2010 and 2011 combined. That is absolutely insanity, because other than payday loans, credit card debt is just about the worst kind of debt that consumers could possibly go into. Extremely high rates of interest, combined with severe penalties and fees, can choke the financial life out of almost any family in no time at all.

These days, most Americans use credit cards for various purposes, and they can be very convenient.

And if you pay them off every single month, they don’t become a problem.

Unfortunately, a lot of people are not doing this. According to CNBC, total U.S. credit card debt rose by an astounding 71 billion dollars last year alone…

Last year, credit card debt in the U.S. surged by approximately $71 billion to $917.7 billion, according to a new study from CardHub.com. The research also found that most of the debt accrued in 2015 came in the fourth quarter, when Americans tacked on more than $52 billion.

“With 7 of the past 10 quarters reflecting year-over-year regression in consumer performance, evidence is mounting to support the notion that credit card users are reverting to pre-downturn bad habits,” CardHub CEO Odysseas Papadimitriou said in a statement.

And as noted above, things were particularly gruesome during the 4th quarter of last year.

According to Alternet, Americans added more credit card debt during those three months than during the entire years of 2009, 2010 and 2011 combined…

Not since we headed into the Great Recession of 2008 have we been quite so loosey-goosey with our credit cards, racking up debt with stunning speed. Of our 4Q totals, CardHub notes, “during this one quarter, we added more debt than in 2009, 2010 and 2011 put together.” That brings dollars owed to credit card companies by each debt-saddled American family up to $7,879, the highest since the Great Recession.

I can’t even begin to describe how unwise this is. When I was in my twenties, I made the same mistakes that so many other Americans are making right now. I very foolishly racked up large balances on my credit cards, and it took years of extremely painful payments to fix those mistakes.

In America today, 37 percent of all households maintain credit card balances from month to month, and the average level of credit card debt for those households is $15,700. The following comes from CBS Minnesota…

According to NerdWallet, 37 percent of American households have credit card debt, which is defined as not paying off the full balance every month. Using data from the Federal Reserve of New York, U.S. Census and its own poll, NerdWallet found the average balance for those in credit debt is $15,700.

What most people don’t realize is that by letting balances run from month to month, you can end up paying just about as much in interest as you did for the original purchases.

Here is one credit card repayment scenario that comes from NerdWallet…

For the sake of simplicity in calculating the cost of the average credit card debt, let’s assume an APR of 16% and a fixed payment. We’ll also assume a minimum payment of 2% of the principal balance of $15,762, the average as of the end of 2015, or $315.

Based on those terms — and assuming you don’t add any more to your credit card balance — it would take 84 months, or seven years, to pay off the balance in full. During that time, you’ll pay $10,402 in interest — about two-thirds of the original balance — for a total of $26,164. This averages out to about $124 in interest per month.

The scenario above assumes that all payments are made on time. But a single late payment can trigger higher interest rates, penalties and fees that can be absolutely suffocating.

In fact, some people end up paying back three, four or five times as much as they originally borrowed to the credit card companies.

If you use credit cards for convenience or to buy things online or to automatically pay bills, that is fine. Just don’t let balances accumulate. As you can see, that can be financial suicide.

And as we head into a new global recession, you definitely don’t want to be saddled with high levels of debt. All of us have little luxuries that we can cut back on, and now is not the time to be living on the financial edge.

-The U.S. oil and rig count just dropped to the lowest level ever recorded

-The number of job cuts in the United States skyrocketed 218 percent during the month of January according to Challenger, Gray & Christmas

-U.S. manufacturing activity has been in contraction for four months in a row

-U.S. factory orders have now fallen for 15 months in a row

-Major retailers all over America are shutting down hundreds of stores

And this list does not even include all of the signs of severe economic trouble from around the rest of the planet that I have been writing about lately.

Credit card debt truly is financial poison, and it is not something that you want to have during the hard times that are coming.

Unfortunately, most Americans never learn, and they continue to rack up credit card debt as if there is no tomorrow even as the global economy starts to spiral downhill all around them.