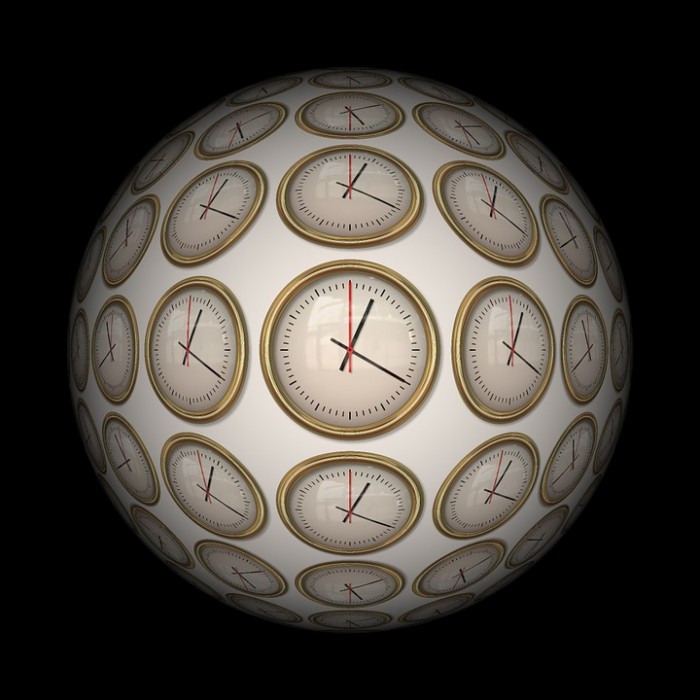 Are we about to witness widespread panic in the global financial marketplace? This week is shaping up to be an absolutely critical week for global stocks. Coming into December, more than half of the 93 largest stock market indexes in the world were down more than 10 percent year to date, and last week stocks really started to slide all over the world. Here in the United States, the Dow Jones Industrial Average is down about 600 points over the past week or so, and at this point it is down more than 1000 points from the peak of the market. That brings us to this week, during which the Federal Reserve is expected to raise interest rates for the very first time since the last financial crisis. If that happens, that could potentially be enough to accelerate this “slide” into a full-blown crash.

And just look at what is already happening. Trading for stocks in the Middle East has opened for the week, and we are already witnessing tremendous carnage…

Following Friday’s further freefall in crude oil prices, The Middle East is opening down notably. Abu Dhabi, Saudi, and Kuwait are lower; Israel is weak and UAE and Qatar are tumbling, but Dubai is worst for now. Dubai is down for the 6th day in a row (dropping over 3% – the most in a month) extending the opening losses to 2-year lows. The 11% drop in the last 6 days is the largest since the post-China-devaluation global stock collapse. Leading the losses are financial and property firms.

Things in Asia look very troubling as well. As I write this, the Japanese market has just opened, and the Nikkei is already down 508 points.

In recent days I have been explaining to my readers how everything is lining up in textbook fashion for another major market crash. In particular, the implosion of junk bonds is a major red flag. Late last week, Third Avenue Management shocked Wall Street by freezing withdrawals from a 788 million dollar credit mutual fund. The following comes from Bloomberg…

A day after a prominent Wall Street firm shocked investors by freezing withdrawals from a credit mutual fund, things only got nastier in the junk-bond market. Prices on the high-risk securities sank to levels not seen in six years and, to add to the growing sense of alarm, billionaire investor Carl Icahn said the selloff is only starting.

“The meltdown in High Yield is just beginning,” Icahn, who’s been betting against the high-yield market, wrote on his verified Twitter account Friday.

Icahn’s comments come as junk-bond investors, already stung by the worst losses since 2008, are the most nervous they’ve been in three years after Third Avenue Management took the rare step of freezing withdrawals from a $788 million credit mutual fund.

What Third Avenue Management just did was absolutely huge. Now investors that have money in any similar funds are going to be racing to get it out. We could be on the verge of a run on bond funds that is absolutely unprecedented. This is so obvious that even CNBC’s Jim Cramer is sounding the alarm…

Friday was a day where Cramer’s ears were burning with concern because of the troubles discovered with a high yield bond fund run by Third Avenue Management. It decided to bar investors from getting their money out of its Focused Credit Fund, because it could not meet demands to get cash back to them in an orderly way.

This was significant because when it tries to sell the bonds needed to satisfy these orders for redemptions, it could destroy the high yield bond market because there are no buyers anywhere near the amount that they want to sell.

“I cannot emphasize enough just how disconcerting this move is,” Cramer said.

I know that for the ordinary person on the street, all of this sounds very complicated.

But it basically comes down to this – anyone that has a lot of money invested in these bond funds is in danger of getting totally wiped out.

In a situation like this, it is those that are “first out the door” that come out as the winners. I like how Wolf Richter explained what we are currently facing…

It works like this: When an “open-end” bond fund starts losing money, investors begin to sell it. Fund managers first use all available cash to pay investors. When the cash is gone, they sell the most liquid securities that haven’t lost much money yet, such as Treasuries. When they’re gone, they sell the most liquid corporate paper. As they go down the line, they sell bonds that have already lost a lot of value. By now the smart money is betting against the fund, having figured out what’s happening. They’re shorting the very bonds these folks are trying to sell.

The longer this goes on, the more money investors lose and the more spooked they get. It turns into a run. And people who still have that fund in their retirement account are getting cleaned out.

Bond funds can be treacherous – especially if they hold dubious paper, which is never dubious until it suddenly is. And when they get in trouble, you want to be among the first out the door.

I would anticipate that we will see more junk bond carnage this week – especially if the Fed raises rates.

And as I have discussed previously, a stock crash almost always follows a junk bond crash. If the Fed does raise rates this week and stocks do start falling significantly, one key day to watch will be Friday. JPM’s head quant Marko Kolanovic has warned that “the largest option expiry in many years” will happen on that day…

This important event falls at a peculiar time—less than 48 hours before the largest option expiry in many years. There are $1.1 trillion of S&P 500 options expiring on Friday morning. $670Bn of these are puts, of which $215Bn are struck relatively close below the market level, between 1900 and 2050. Clients are net long these puts and will likely hold onto them through the event and until expiry. At the time of the Fed announcement, these put options will essentially look like a massive stop loss order under the market.

A perfect storm for stocks is brewing, and this week could potentially be one of the most chaotic that we have seen in a very long time.

But of course the Federal Reserve could decide to surprise us all by not raising rates, and that would change things substantially.

So what do you think will happen this week?