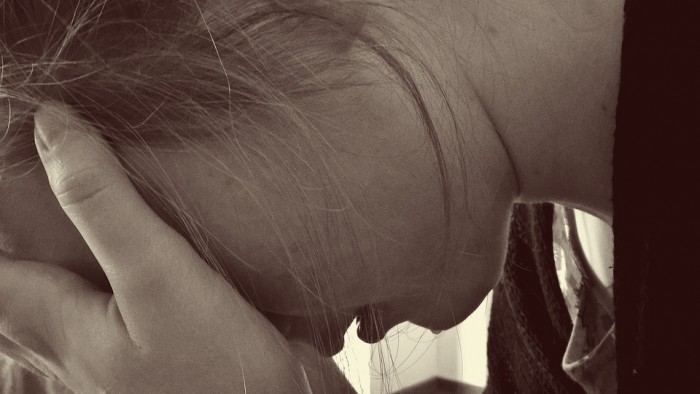 When people get hungry enough, they will do just about anything for some food. According to brand new research that was just released this week from Feeding America and the Urban Institute, there are millions of teenagers in America that live in “food insecure” households, and researchers were stunned to learn what some of these teens are willing to do to feed themselves. Some resort to shoplifting, others deal drugs, and there were a surprising number of participants in the study that actually admitted to trading sex for food. It wouldn’t be a shock to hear that these kinds of things are going on in an economically-depressed nation such as Venezuela, but this is the United States of America. We are supposed to be the wealthiest nation on the entire planet. Sadly, even while the stock market has been soaring in recent years, poverty in America has been on the rise. For those on the low end of the economic scale, things have gone from bad to worse since the end of the last recession, and millions of children are deeply suffering as a result.

Let’s start with some of the hard numbers. The following comes directly from the Urban Institute website…

An estimated 6.8 million people ages 10 to 17 are food insecure, meaning they don’t have reliable access to enough affordable, nutritious food. Another 2.9 million are very food insecure, and roughly 4 million live in marginally food secure households, where the threat of running out of food is real.

Food insecurity takes a tremendous toll on teenagers. Poor nutrition—and the stress of hunger and poverty—can jeopardize their physical and mental health and development and their academic success. But despite the gravity and prevalence of teen food insecurity, we know very little about how these young people experience and cope with hunger.

The researchers already knew that lots of young people were hungry in America. But what surprised them were the lengths that many of these youngsters said that they would go to in order to get food…

Some of the youths said they or someone they know — mostly young men — have turned to shoplifting food, selling drugs or stealing items to sell.

The teens also reported knowing young women who have sold their bodies for food or had sex for money so they could buy food for their families.

Going to jail or failing a class in order to have to attend summer school were also some of the lengths teens went to.

Could you imagine your daughter or your granddaughter exchanging her body for food?

For most of us that is absolutely unthinkable, but the truth is that this is taking place on the streets of America every single day.

And this wasn’t just some blind random phone survey. The researchers conducted personal interviews with focus groups, and what these kids were willing to admit doing was absolutely astounding. Here is another excerpt directly out of the report…

Many of these young people understand that what they are doing is wrong. Just consider what some of them told the researchers…

A girl in Portland, Oregon told researchers: “It’s really like selling yourself. Like you’ll do whatever you need to do to get money or eat.”

Another comment from Portland: “You’re not even dating … they’ll be like … ‘I don’t really love him, but I’m going to do what I have to do.’”

Many prefer to rationalise what they are doing as dating of sorts. A boy in rural North Carolina said: “When you’re selling your body, it’s more in disguise. Like if I had sex with you, you have to buy me dinner tonight … that’s how girls deal with the struggle … That’s better than taking money because if they take money, they will be labeled a prostitute.”

When I read the information in this report, I was stunned. Yes, I write about our economic decline and the rise in poverty all the time, but I didn’t know that things were this bad.

And the researchers were surprised by what they were hearing as well. One of them said that the fact that girls are trading their bodies for food “was really shocking to me”, and she believes that things are “just getting worse over time”…

“I’ve been doing research in low-income communities for a long time, and I’ve written extensively about the experiences of women in high poverty communities and the risk of sexual exploitation, but this was new,” said Susan Popkin, a senior fellow at the Urban Institute and lead author of the report, Impossible Choices.

“Even for me, who has been paying attention to this and has heard women tell their stories for a long time, the extent to which we were hearing about food being related to this vulnerability was new and shocking to me, and the level of desperation that it implies was really shocking to me. It’s a situation I think is just getting worse over time.”

But aren’t we being told that things are getting better?

Aren’t we being told that our leaders “fixed” the economy?

Hunger in America is a major crisis and it is growing. Just because you may live in a comfortable home in a wealthy neighborhood does not mean that this problem is not real.

Tonight there are millions of Americans that do not know where their next meal is going to come from, and they deserve our love and compassion.