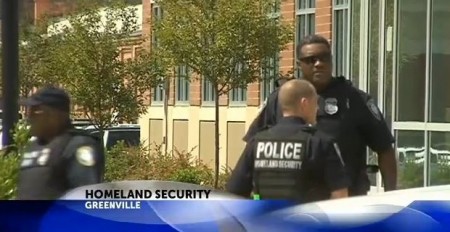 A leaked document from the Department of Homeland Security’s Office of Intelligence and Analysis predicts increased “anti-government violence over the next year.” The document says the inspiration for violence is Cliven Bundy’s Bunkerville standoff with the Bureau of Land Management from earlier in the year.

DHS’s seven-page report entitled Domestic Violent Extremists Pose a Threat to Government Officials and Law Enforcement points to the recent murders of two Las Vegas law enforcement officers as evidence that there is a “growing trend of anti-government violence compared to the previous four years and inspired by perceived government overreach and oppression” and the “perceived victory at Bunkervile” will “likely prompt more violence.”

Bundy’s 20-year legal dispute with the BLM over grazing fees on federal land escalated when the agency attempted to seize his cattle in the beginning of April. An armed stand off between the BLM and supporters of Bundy ensued until the feds backed off before any serious violence erupted and left the 67-year-old rancher’s land.