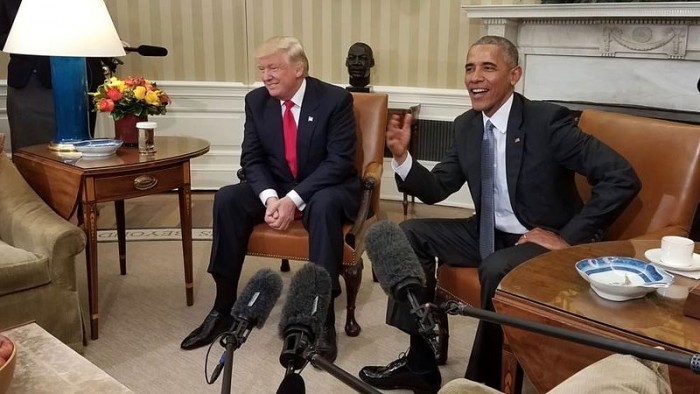 Trump has come out strongly against almost all of the top initiatives Obama spent eight years working on — the Asia pivot, the Trans-Pacific Partnership trade pact, Obamacare, and the Iran nuclear deal — and they’re fragile enough that Trump could reverse course fairly easily.