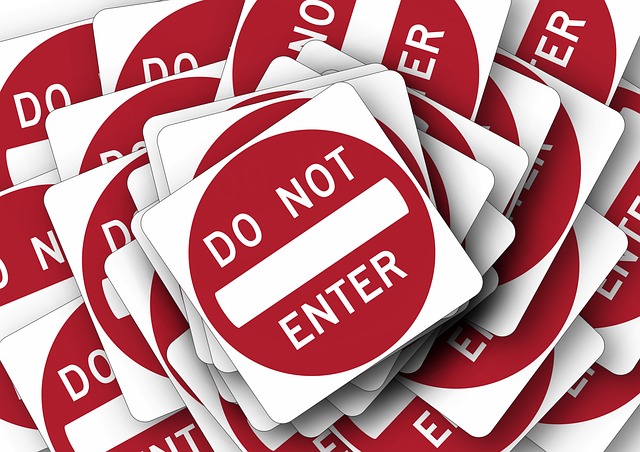 Is Barack Obama completely insane? By not instituting an immediate ban on all non-essential travel between the United States and West Africa, he is putting the lives of more than 300 million Americans at risk. Anyone with a shred of common sense knows that you keep more people from getting sick by keeping the sick people away from the healthy people. Because the Ebola outbreaks in Liberia, Guinea and Sierra Leone are raging out of control, it is extremely difficult to tell who is carrying Ebola and who is not carrying Ebola. Therefore we need to keep everyone from those countries away until those outbreaks subside. If Barack Obama had established an Ebola travel ban a month or two ago like he should have done, Thomas Eric Duncan would never have entered the United States, and we would not have two Texas nurses infected with the virus. But because Barack Obama did not do his job, now we have a new Ebola scare popping up somewhere in the country almost hourly. If this outbreak eventually evolves into a full-blown pandemic, we will know who to blame.

Will an Ebola travel ban work?

It has worked in Africa. Even as the outbreaks in Liberia, Guinea and Sierra Leone have spread like wildfire, the nations immediately bordering them are doing just fine. And there is one primary reason why this is the case…

Ivory Coast, Guinea-Bissau and Senegal, all of which share borders with at least one of the three most affected countries, have closed those borders.

At this point, nearly 30 countries have instituted an Ebola travel ban.

So why won’t Obama do it?

This is clearly what the American people want. For example, one recent survey asked the following question…

Should the government allow people who have recently been in any of the countries in western Africa where there is a major Ebola outbreak to enter the United States?

Only 23 percent of respondents said yes to that question.

We aren’t talking about the flu or the measles or some other disease that we are accustomed to dealing with.

We are talking about a brutally efficient killer that could kill millions of us if it were to spread widely inside the United States.

Sadly, at this point Barack Obama and the CDC are dead set against a travel ban, and there are “experts” popping up all over the mainstream media explaining to us why an Ebola travel ban would be a bad idea.

They say that a travel ban would provide a “false sense of security”.

Of course they never mention that travel bans are working quite well in Africa.

They say that a travel ban would make the Ebola outbreaks worse by keeping people from going over there to help.

But very few people are suggesting that essential medical personnel should be banned from traveling. So that argument makes no sense whatsoever.

They say that travelers would just find another way into this country, and that it is better for us to be able to screen them when they come through the airports.

What are they going to do? Swim over here from West Africa?

If we ban all sea and air travel from those nations, the only way that they would be able to come in would be through the Canadian or Mexican borders. And if Obama had secured those borders like he should have done by now, we wouldn’t have a problem.

Some “experts” are even suggesting that a travel ban would be “racist”.

What about all of the other African nations that have instituted Ebola travel bans?

Are they “racist” too?

Right now, the dead bodies of Ebola victims are decaying in the streets over in West Africa. Ebola corpses are being dumped into rivers and are being eaten by animals. Grave diggers can’t keep up with the number of bodies being delivered to them. The Liberian government estimates that it will soon need more than 84,000 additional body bags as the death toll climbs at an exponential rate.

We don’t want that coming here.

But thanks to Obama, most Americans now believe that we will see a major Ebola outbreak in the United States during the coming year…

According to a Wednesday poll by the Harvard School of Public Health, 52 percent of Americans surveyed said they believe the country will experience a large outbreak in the coming year, while 38 percent said they believed they or a family member would be infected.

In a previous article, I blamed the current state of affairs on Obama’s incompetence.

But to be honest, I was giving him the benefit of the doubt.

The truth is that Obama being incompetent is the best case scenario.

There is also a possibility that Donald Trump has raised. We could actually be looking at a situation where there is something wrong with his mental health…

Others have suggested that Obama may even be doing this on purpose.

Whatever his motivation is, the truth is that he is endangering all of us and our families.

Meanwhile, the CDC also richly deserves all of the criticism that it is currently getting.

This is an agency that is absolutely showered with money. It gets more than $6,000,000,000 a year, and it is supposed to be preparing our health care system for events such as this.

And without a doubt, the money is in their budget…

This lack of response is despite having these line items in its budget (2012 numbers):

How much of these funds were used to monitor, consult, advice the nurses in Dallas who were treating a man with deadly Ebola? $0.00

“Incompetent” is far too kind a word to describe the performance of the CDC so far.

But of course this is just par for the course for federal agencies these days. This has become so glaringly obvious that even CNBC is talking about it…

The CDC is just the latest in a line of federal agencies viewed as bumbling and incompetent. First it was the botched rollout of Obamacare by the Department of Health and Human Services and the IRS seemingly targeting conservative groups for extra scrutiny. More recently, the Secret Service came under heavy criticism for allowing a knife-wielding intruder to burst in and run wild inside the White House, among other appalling lapses.

The CDC now is under heavy scrutiny for not moving more swiftly to ensure that Ebola patient Thomas Eric Duncan did not spread the disease to American nurses and for apparently unclear direction to one of those nurses, Amber Joy Vinson, about whether she could fly after treating Duncan.

As political pressure has mounted, Obama has finally made a “big move” to get a grip on this crisis.

He has appointed an “Ebola czar” to oversee the federal response to Ebola.

His name is Ron Klain, and he is a Democratic political hack best known for his work during the “hanging chads” episode of the 2000 presidential election.

The White House says that they were not looking for an expert on Ebola.

The “Ebola czar” heading up the response to what could be the greatest health crisis in U.S. history does not know anything about the virus.

Let us hope that this Ebola outbreak fizzles out somehow and that by some miracle no more Ebola victims travel to the United States.

Because it has become exceedingly clear that our government is not equipped to deal with something like this.

Matt Drudge recently sent out a tweet warning that we need to be ready to “self-quarantine” if necessary.

I think that is very good advice. Obviously the government is not going to be able to protect us if Ebola starts spreading like wildfire.

The only people that you are going to be able to depend on are yourself, your family and your close friends.

I encourage all of you to get prepared while we still have time.