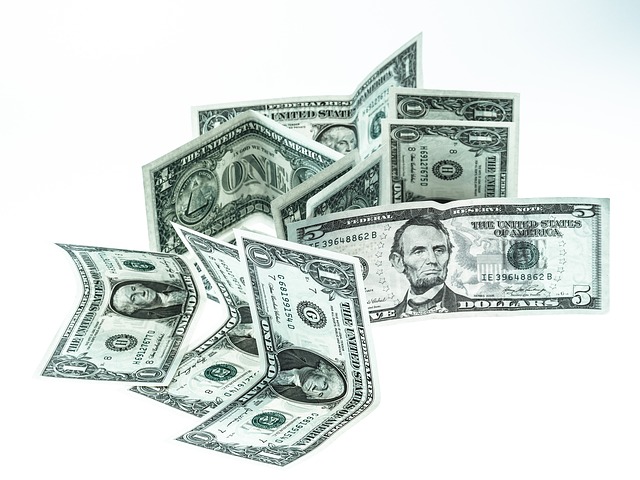 When someone is right over and over and over, eventually people start paying attention. Personally, I have learned to tune out the “forecasts” of most “economic experts” out there. As an attorney, I was trained to be skeptical, and I have found that most forecasts about what the financial markets are going to do are not worth the paper they are printed on. However, once in a while something comes along that really gets my attention. Over the past few days, I have seen a number of references to the remarkable forecasts of Bo Polny of Gold 2020 Forecast. In recent months he has correctly predicted that U.S. stocks would begin to drop in July, that there would be a huge plunge in August and that that the month of September would be rather uneventful. Now he is saying that he expects “November to be a complete meltdown on the U.S. and world markets”. Just because he has been right in the past does not guarantee that he will be correct this time around, but lots of people (like me) are starting to pay attention.

So how does Polny come to his conclusions? Well, he uses something that most of us hated when we were in school – mathematics. The following comes from the Daily Sheeple…

Cyclical analyst Bo Polny of Gold 2020 Forecast utilizes advanced mathematical formulas and years of cyclical analysis to make forecasts about global stock markets. In late July he noted that U.S. stock markets had hit a top and that investors should prepare for a rapid down-move in the Dow Jones and other indexes. As we now know, that prediction has come to pass.

But while many on Wall Street panicked, Polny noted that the crash was not yet imminent and that the month of September would be relatively calm, with no major moves up or down forecast to occur. Once again, his analysis proved accurate.

I want to stress that I do not know if he will be right this time around. When trying to forecast the future of the markets, there are thousands of moving pieces, and many of them cannot be accounted for easily. But without a doubt the markets are perfectly primed for a major crash, so it would not surprise me in the least if he did turn out to be correct.

And as I mentioned above, Polny does have a solid track record of accuracy…

Bo’s model appears to have an impressive track record of accurate predictions, including the following:

If Polny is right again this time, next month will be the most significant month for global financial markets since the crash of 2008. Here is more from Z3News…

In an interview with Future Money Trends on October 17 2015, he made the following comments:

He also posted the following statements on his website:

“If you thought the crash of August 2015 was bad; November 2015 is expected to usher in the START of the US Stock, Dollar, and Treasuries Market MELTDOWN!!!”

“The end of this year ushers in the start of an Economic Meltdown that is to last years! The U.S. Dollar, Treasuries, and Stock Market bomb is set to blow in November 2015!”

Polny is projecting that stocks could ultimately fall by as much as 70 percent by the time it is all said and done. You can watch a full interview where he discusses these things right here.

Meanwhile, early signs of the kind of trouble that Polny is warning about continue to pop up.

On Wednesday, the stock price of one of the largest pharmaceutical companies in the world absolutely crashed after a report came out claiming that it was in danger of suffering the same fate as Enron…

Hedge fund darling Valeant Pharmaceuticals is getting hammered after short-selling-firm Citron Research published a report comparing it to Enron.

The stock has been popular among hedge funds.

It ranked No. 10 on Goldman Sachs’ stocks that “matter most” to hedge funds list for the second quarter. According to Goldman, 32 funds had the stock as one of their top-10 stock holdings.

And this week we learned that construction machinery giant Caterpillar has now reported global sales declines for 34 consecutive months. The following comes from Zero Hedge…

Most cats bounce at least once when they die, but not this one: after CAT posted its first annual drop in retail sales in December of 2012, it has failed to see a rise in retail sales even once.

Those that assume that everything is going to be “just fine” now that we have gotten past September are going to be dead wrong.

Whether it happens in November or not, the kind of chaotic financial collapse that Bo Polny is warning about will happen.

And of course factors that he is unable to account for such as war, terror attacks and major natural disasters could greatly accelerate things.

Once again, I don’t know if everything that Bo Polny is saying is going to turn out to be 100% accurate or not. I am just reporting what he is saying. But it is true that what he is forecasting fits very well with what I have been warning my readers about for months and months.

A day of reckoning is most definitely coming for global financial markets.

Will it happen in November?