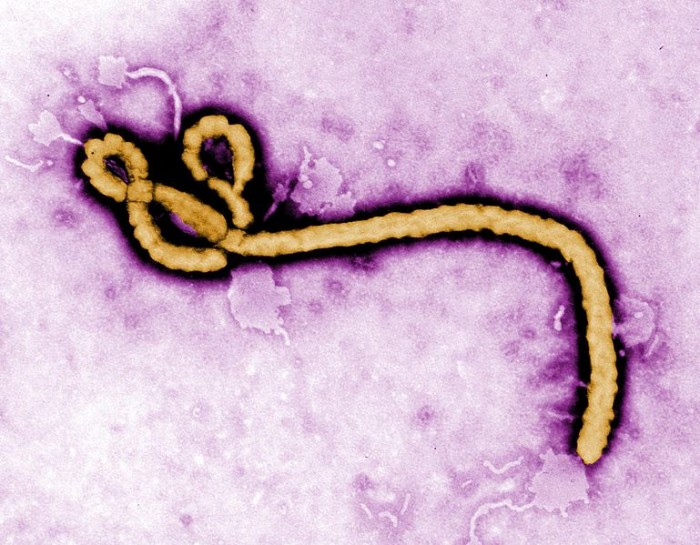 The current outbreak (which actually began on or before December, 2013) presents genetic strains of Ebola that have never been seen before.  The Guinea variant of Ebola was itself novel enough to form its own clade.  Now, via Recombinomics and with respect to Sierra Leone, we have:

“The June Sierra Leone sequences have evidence of some drift from the March sequences from Guinea.  A prior Zaire sub-clade, which was found in apes and a chimpanzee and was associated with an outbreak in Gabon in 2002 had strong evidence of recombination, which raises concerns of more evolution in the current sub-clade, which has produced a record number of reported Ebola cases and deaths.”

It is curious indeed that the Ruling Class seems uninterested in broaching, to its serfs, the possibility that these genetic alterations might be causally related to the current outbreak’s dramatically higher fatality counts and, evidently, higher contagion probability.  As to whether the novel viral genotypes might signify that Ebola is now airborne, the CDC continues to insist that the only ones who think it might be airborne are paranoid tinfoil hat wearers—although the United Nations has uttered the heresy that even if Ebola isn’t airborne now, it soon might be regardless of its causal origins.

And then we have the incessantly repeated reckless claim that it is impossible for asymptomatic carriers to transmit Ebola. Who can say this with complete confidence given that we have novel genetic variants of Ebola in play?  Furthermore, any scientist who is remotely competent will observe that asymptomatic transmission cannot possibly be completely ruled out regardless of the fact that we are dealing with new variants—simply because there can never be enough cases to statistically eliminate small probabilities of asymptomatic transmission.  The only scientific question on this issue is whether such probabilities are so small that they can be considered negligible from a practical standpoint—and, right now, we don’t have a tremendous amount of cases at this point to base our conclusions on anyway.