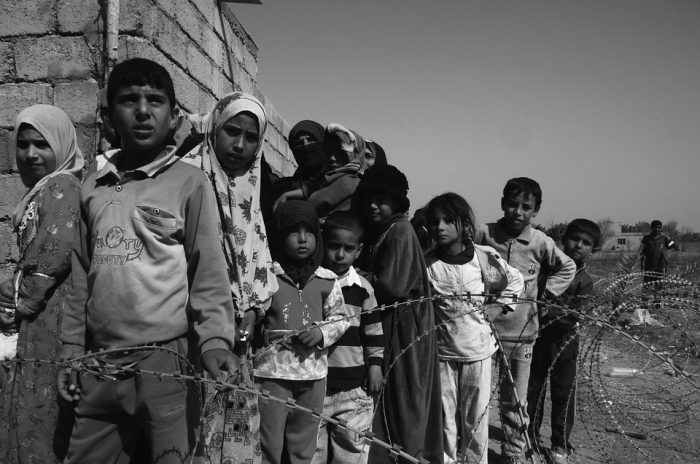 Venezuela and Yemen were both once very prosperous nations, but now parents are literally watching their children starve to death as the economies of both nations continue to utterly collapse. Just like so many here in the United States, most of those living in Venezuela and Yemen would have called you completely crazy if you would have warned them that this was going to happen five years ago. In particular, Venezuela has more proven oil reserves than almost anyone else on the planet, and so to most of their citizens it was unimaginable that things could ever get this bad. But it has happened, and the collapse that has already begun in parts of South America, Africa and the Middle East will soon spread elsewhere.

When I said that children are literally starving to death in Venezuela, I was not exaggerating one bit. The following comes from the Wall Street Journal…

Jean Pierre Planchart, a year old, has the drawn face of an old man and a cry that is little more than a whimper. His ribs show through his skin. He weighs just 11 pounds.

His mother, Maria Planchart, tried to feed him what she could find combing through the trash—scraps of chicken or potato. She finally took him to a hospital in Caracas, where she prays a rice-milk concoction keeps her son alive.

“I watched him sleep and sleep, getting weaker, all the time losing weight,” said Ms. Planchart, 34 years old. “I never thought I’d see Venezuela like this.”

What would you do if that was your child?

At one time Venezuela had the brightest outlook out of all the economies in South America, but now their economy has contracted by a total of 27 percent since 2013, imports of food have fallen 70 percent, and the IMF says that the inflation rate will hit a staggering 720 percent this year.

Tonight, in major cities all across Venezuela you will find thousands of people rummaging through garbage looking for food. It has been reported that some citizens have even resorted to eating cats, dogs and pigeons because they are so desperate for something to eat.

According to one survey, among those that said that they lost weight last year, the average amount lost was a staggering 19 pounds. In the United States that would be a good thing, but in a country like Venezuela that is an absolutely catastrophic number.

Meanwhile, thousands of children are starving to death in Yemen as well…

Eyes half open and sunken deep into their sockets, little Jamila Ali Abdu already looked half dead for most of her 12-day stay at the Hodeidah clinic.

Too weak to resist the march of disease and hunger in her war-battered country, the child’s tiny frame was swathed in a bright green shroud and lowered by sobbing relatives into a dusty grave on Tuesday.

The primary cause of the crisis in Yemen is a nightmarish civil war that is not going to end any time soon.

And most Americans don’t realize this, but the U.S. military has contributed to the civil war by conducting airstrikes. It is essentially a proxy war between Saudi Arabia and Iran, and both sides are absolutely determined to win.

So the suffering in Yemen is only going to intensify, and already a child under the age of five is dying every five minutes…

The United Nations warns that a child under five in Yemen dies around every 10 minutes from preventable causes such as starvation, disease, poor sanitation or lack of medical care.

UN chief Antonio Guterres warned last week of “the starving and the crippling of an entire generation.”

Nearly 17 million of Yemen’s 28 million people are deemed “food insecure” by aid groups – and around SEVEN MILLION do not know where they will get their next meal.

Even though you may not believe it right now, what is happening in Venezuela and Yemen is going to happen in the United States someday as well.

So instead of using this time of relative stability for the U.S. economy to party, I would be using it to prepare.