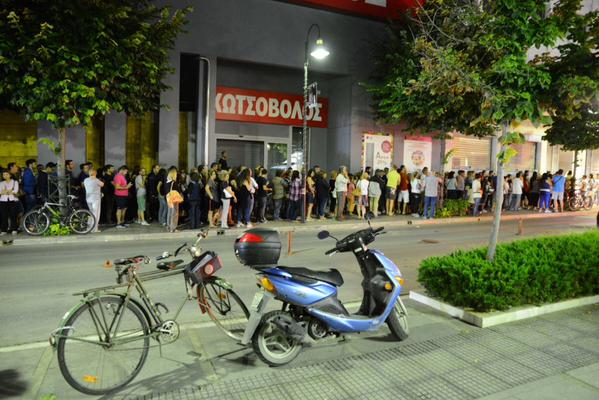 Turnover in retail commerce is posting an annual drop that in some cases amounts to 70 percent even though the market is in a sales period. Capital controls have prevented Greek consumers from shopping, while even foreign tourists appear reserved due to the increased uncertainty on developments in Greece.

An extraordinary meeting of the board of the Hellenic Confederation of Commerce and Entrepreneurship (ESEE) on Monday heard data from representatives of local associations that pointed to an annual drop of between 40 and 70 percent since the capital controls were imposed.

In Athens, the decline came to 40 percent, while in markets outside the city center it was even greater. Thessaloniki and Piraeus reported a 60 percent fall and Trikala, in central Greece, a 60-70 percent shrinking. Even tourism hotspots such as Rhodes had a 50 percent decline in turnover.