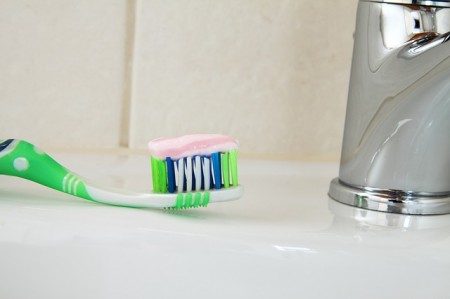 “The way to crush the bourgeoisie is to grind them between the millstones of taxation and inflation.” – Vladimir Lenin

In an interview between Jim Goddard and David Smith, Senior Analyst for the Morgan Report, Jim Goddard asks:JG: I think what bothers me – and watching what’s going on with the metals being so quiet – is that we’ve got inflation starting to move up in a big time way, especially with food but also with a lot of other goods and services that do not reflect themselves in the annual monthlies that the Fed puts out.

DS: I remember an individual – I think it was Michael Ballanger who talked about inflation and he said inflation is like toothpaste. Once it’s out of the tube, it’s impossible to get it back in.

The Fed wants a certain amount of inflation but they want to be able to control it and they actually think that they can do that.

But once that toothpaste gets out of the tube, we can’t stick it back in. Not to mention that a lot of times you can’t have a decision about where it goes either.

JG: Well, anytime a government thinks they can control inflation – if you’re old enough, you will remember the late 70s where Canada brought in price and wage controls and they did nothing to control prices but they sure did keep your wages down.

DS: It caused all sorts of speculations. In the United States, we had the same thing, wage and price controls – they didn’t work very well. In fact it didn’t work at all and I will never forget – I think it was President Ford where his idea about controlling inflation was to come out with these little WIN buttons which stood for Whip Inflation Now. The moment they were produced, it was laughable and of course if that’s the best you can do, then it’s no good at all.

So I think we’re headed for higher inflation. It’s going to kind of stair step upwards as we go on. Some people feel that by this time next year we could be in a pretty severe bout of it. It’s hard to tell right now but the point is all this is going to be beneficial for precious metals holdings, but it’s not going to be good for the general stock market.

History Shows That Inflation Can Occur Suddenly and Grow Rapidly

Not only is higher inflation a near certainty, history tells us that once it grabs hold, it can quickly spiral out of control.

Amity Shlaes, a senior fellow of economic history at the Council on Foreign Relations and a best-selling author, provides some examples from the past century of US inflation that was at first subdued but then abruptly rocketed to alarming levels. Look how quickly inflation rose in just two years from “benign” levels.

It’s clear that the arrival of inflation can be sudden, and that prices can quickly spiral out of control. Given the profligate amount of money being printed by many countries around the globe, we could easily become victim to rapidly rising inflation.

Regardless of the timing, though, this is a clear warning from history: expecting the CPI to remain low indefinitely is a dangerous assumption.

Peter Schiff, owner of Euro Pacific Bank, was asked this week on CNBC for his reaction to the higher retail sales figures that just came out, shown in the chart above.

He replied, “As far as retail sales go, if you X out autos, this is the weakest number since January and the only reason autos are strong is because all of the sub-prime lending in the auto sector that is going to come  back to bite us.

This fantasy about a US recovery is not going to materialize. The first half of the year’s GDP was 1% and that’s if you believe the government’s inflation number, which I don’t. I don’t think the second half is going to be much better. I think we’re headed back to recession, even the way the government measures numbers. ”

What Schiff says about the retail numbers being higher as a result of higher prices that people have to pay makes sense. Gas prices have been down during August, and it is reflective in the retail prices as being one sector that was negative in sales. The other sector that had negative sales was department stores. For example, Macy’s had the worst sales it’s seen in 7 months. Buying fashionable clothes is not a necessity, like gas, so when people do not have discretionary money to spend, they eliminate the non-essentials.

These numbers indicate higher inflation, not a growing recovery where people have more money to spend.