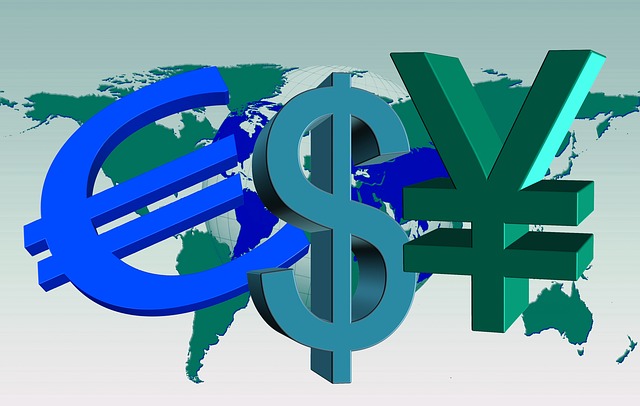 This is the big problem with fiat currency – eventually the temptation to print more of it when you are in a jam becomes too powerful to resist. In a surprise move on Friday, the Bank of Japan dramatically increased the size of the quantitative easing program that it has been conducting. This sent Japanese stocks soaring and the Japanese yen plunging. The yen had already fallen by about 11 percent against the dollar over the last year before this announcement, and news of the BOJ’s surprise move caused the yen to collapse to a seven year low. Essentially what the Bank of Japan has done is declare a currency war. And as you will see below, in every currency war there are winners and there are losers. Let’s just hope that global financial markets do not get shredded in the crossfire.

Without a doubt, the Japanese are desperate. Their economic decline has lasted for decades, and their debt levels are off the charts. In such a situation, printing more money seems like such an easy solution. But as history has shown us, wild money printing always ends badly. Just remember what happened in the Weimar Republic and in Zimbabwe.

At this point, the Bank of Japan is already behaving so recklessly that it is making the Federal Reserve look somewhat responsible in comparison. The following is how David Stockman summarized what just happened…

This is just plain sick. Hardly a day after the greatest central bank fraudster of all time, Maestro Greenspan, confessed that QE has not helped the main street economy and jobs, the lunatics at the BOJ flat-out jumped the monetary shark. Even then, the madman Kuroda pulled off his incendiary maneuver by a bare 5-4 vote. Apparently the dissenters——Messrs. Morimoto, Ishida, Sato and Kiuchi—-are only semi-mad.

Never mind that the BOJ will now escalate its bond purchase rate to $750 billion per year—-a figure so astonishingly large that it would amount to nearly $3 trillion per year if applied to a US scale GDP. And that comes on top of a central bank balance sheet which had previously exploded to nearly 50% of Japan’s national income or more than double the already mind-boggling US ratio of 25%.

The Japanese are absolutely destroying the credibility of their currency in a last ditch effort to boost short-term economic growth.

So why would they want to devalue their currency?

Well, there are too main reasons why nations do this.

Secondly, nations like to devalue their currencies because it makes their products less expensive on the world stage.

In other words, it helps them sell more stuff to other people.

But in the process, this hurts other exporters. For example, what the Bank of Japan just did is already having serious consequences for South Korean automakers…

In Seoul, shares of auto makers Hyundai Motor and Kia Motors fell 5.9% and 5.6%, respectively, on Monday.

From the Bank of Japan’s standpoint, “you’re giving your industry a head start relative to someone else’s,” said Markus Rosgen, regional head of equity strategy at Citi in Hong Kong. “The perception in the equity market will be that they [South Korea] will have to take a hit from the lack of competitiveness versus the Japanese.”

This is why I said that there are winners and there are losers in every currency war.

If you boost your exports by devaluing your currency, you take away business from someone else. And ultimately other nations start devaluing their currencies in an attempt to stay competitive. That is why they call it a currency war.

For now, the Japanese are celebrating. On Friday, Japanese stocks surged almost five percent for the day and reached a seven year high. Investors tend to love quantitative easing, and they were very pleasantly surprised by what the Bank of Japan decided to do.

But of course rising stock prices are not always a good thing. As Kyle Bass recently explained, wild money printing caused Zimbabwe’s stock market to skyrocket to unprecedented heights as well and that turned out very, very badly…

Amid the euphoria… Kyle Bass provided a few minutes of sanity this morning in an interview with CNBC’s Gary Kaminsky. Bass starts by reflecting on the ongoing (and escalating) money-printing (or balance sheet expansion as we noted here) as the driver of stock movements currently and would not be surprised to see them move higher still (given the ongoing printing expected).

However, he caveats that nominally bullish statement with a critical point, “Zimbabwe’s stock market was the best performer this decade – but your entire portfolio now buys you 3 eggs” as purchasing power is crushed. Investors, he says, are “too focused on nominal prices” as the rate of growth of the monetary base is destroying true wealth. Bass is convinced that cost-push inflation is coming (as the velocity of money will move once psychology shifts) and investors must not take their eye off the insidious nature of underlying inflation – no matter what we are told by the government (as they will always lie when its critical). Own ‘productive assets’, finance them at low fixed rates (thank you Ben)…

And just like we have experienced with quantitative easing in the United States, Japan’s money printing has done very little to help the real economy. Here is more from David Stockman…

Notwithstanding the massive hype of Abenomics, Japan’s real GDP is lower than it was in early 2013, while its trade accounts have continued to deteriorate and real wages have headed sharply south.

So up to this point Japan’s experiment in crazy money printing has been a dismal failure.

Will printing even more money turn things around?

We shall see, but I wouldn’t hold your breath.

Meanwhile, there are reports that the European Central Bank is getting ready for more quantitative easing. Central banks all over the planet are becoming increasingly desperate for answers, and the temptation to print, print and print some more is extremely strong.

Nobody is quite sure how this currency war will play out, but I have a feeling that it isn’t going to be pretty.