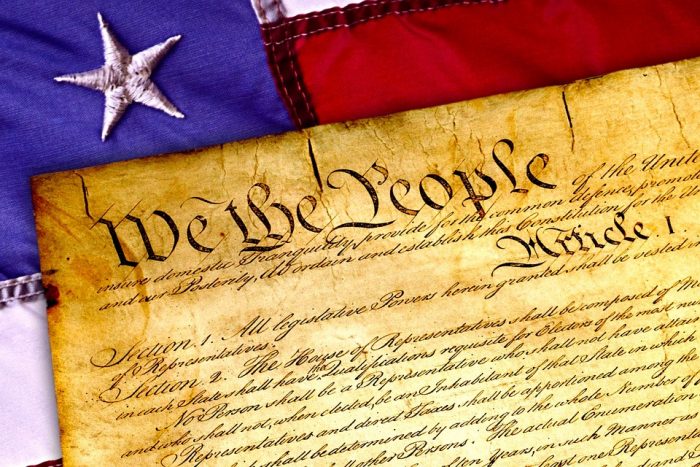 Why do we celebrate the 4th of July? If you were to ask average people on the street this question, many of them would mumble something about “independence”, but the truth is that most Americans would not be able to tell you clearly why it is a holiday. According to Wikipedia, the 4th of July “is a federal holiday in the United States commemorating the adoption of the Declaration of Independence 241 years ago on July 4, 1776.” Unfortunately, most Americans have never read the Declaration of Independence, and if a similar document was authored today it would be banned from our public schools because it mentions God four times. We have allowed the liberal elite to gain such a stranglehold over our society that even our most cherished founding principles have become politically incorrect.

If you ask most Americans to quote from the Declaration of Independence, almost everyone will give you something from this sentence…

We hold these truths to be self-evident, that all men are created equal, that they are endowed by their Creator with certain unalienable Rights, that among these are Life, Liberty and the pursuit of Happiness.

This is one of the most famous sentences in the English language, but do most of us still proudly believe this?

And if you happen to be someone that does not believe in God, then where do your rights come from?

“Since the signing of the Declaration of Independence 241 years ago, America always affirmed that liberty comes from our creator. Our rights are given to us by God, and no earthly force can ever take those rights away. That is why my administration is transferring power out of Washington and returning that power back where it belongs to the people,” Trump said.

“Our religious liberty is enshrined in the very first amendment in the Bill of Rights. The American founders invoked our creator four times in the Declaration of Independence,” said Trump. “Benjamin Franklin reminded his colleagues at the Constitutional Convention to begin by bowing their heads in prayer. Inscribed on our currency are the words: ‘In God We Trust.’”

It is so refreshing to hear a president talk like this, because these days most of our politicians are so careful to be politically-correct. And I am not just talking about Democrats. Many politicians that are supposedly “conservative” seem quite uncomfortable when matters of faith come up, and if you can get them to talk about God they usually want to switch topics as quickly as possible.

But in the old days, Republicans and Democrats both acknowledged the importance of faith in our society. The following comes from an excellent article by Dr. Gary Scott Smith…

Dwight Eisenhower insisted that the Founding Fathers “wrote their religious faith into our founding documents, stamped their trust in God upon our coins and currency, [and] put it squarely at the base of our institutions.” They strove to obey God’s commandments, live in freedom, and create a prosperous country. “The knowledge that God is the source of all power,” Eisenhower maintained, gave birth to and sustained America. Human dignity depended on the God-given rights that were “eloquently stated” in the Declaration of Independence.

Faith in Almighty God, John F. Kennedy contended, “was a dominant power in the lives of our Founding Fathers.” He urged Americans to “dwell upon the deep religious convictions of those who formed our nation.”

Ronald Reagan repeatedly stressed the religious commitments of the Founding Fathers, especially their contention that the United States would flourish only if its people acted morally. The founders, he declared, “believed faith in God was the key to our being a good people and America’s becoming a great nation.” Reagan regularly recounted how the founders, especially Washington, had relied on God in leading the nation. The Declaration of Independence, Reagan claimed, expressed America’s recognition of God’s power and authority. He noted that Benjamin Franklin, John Jay, Thomas Jefferson, and James Madison all accentuated God’s providential guidance and the importance of prayer. The Founding Fathers ensured that Congress began each day with prayer, Reagan proclaimed, because they valued prayer so highly.

Of course in our day and time teens are actually being threatened with arrest for praying in school.

If we truly want to restore our Republic, we can’t throw out the principles and values that the Republic was founded upon. The First Amendment guarantees that there will never be an official state church and that we will always get to worship God the way that we want, but there is absolutely nothing in there that says we must have a godless government. On the contrary, our founders were more influenced by the Bible than any other book, and they quoted from it more than any other book. Dr. Daniel L. Dreisbach is the author of “Reading the Bible with the Founding Fathers“, and I have used this quote from him previously, but I wanted to use it again here because it fits my point perfectly…

The founders, as I document in my new book “Reading the Bible with the Founding Fathers,” lived in a biblically literate society. Their many quotations from and allusions to both familiar and obscure biblical texts confirm that they knew the Bible from cover to cover. Biblical language and themes liberally seasoned their rhetoric. The phrases and intonations of the King James Bible, especially, influenced their written and spoken words. Its ideas shaped their habits of mind.

The Bible left its mark on their political culture. Legislative debates, pamphlets and political sermons of the age are replete with quotations from and allusions to the Bible. Following an extensive survey of American political literature from 1760 to 1805, political scientist Donald S. Lutz reported that the Bible was cited more frequently than any European writer or even any European school of thought, such as Enlightenment liberalism. Approximately one-third of all citations in the literature he surveyed were to the Bible. The book of Deuteronomy alone was the most frequently cited work, followed by Montesquieu’s “The Spirit of the Laws.” In fact, Deuteronomy was referenced nearly twice as often as Locke’s writings, and the Apostle Paul was mentioned about as frequently as Montesquieu.

The biggest reason why our federal government is such a mess today is because it has pushed God completely out of the picture.

So instead of defending life, our nation has murdered nearly 60 million children since Roe v. Wade was decided in 1973.

And instead of promoting the pursuit of happiness, all of us have to work several months each year just to pay the dozens of different taxes and fees that various levels of government impose on all of us. But we don’t actually have to have such a system. If we got rid of our debt-based financial system and went to a much smaller federal government, we could abolish the income tax, the IRS and the Federal Reserve.

Government is not the solution to our problems.

As Ronald Reagan once famously said, government is the problem.

If we work together, we can dismantle the monstrous federal bureaucracy that the liberal elite have spent decades constructing, and we can restore the Republic that our founders risked everything to establish.

It won’t be easy, but we can get there, and the first step is getting back to the principles and values that made America great in the first place.

1 thought on “Just Like Our Founders 241 Years Ago, We Need To Unashamedly Declare That Our Rights Come To Us From God”