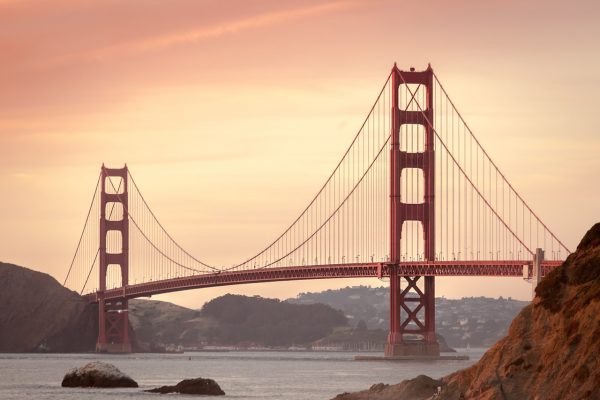 We have been witnessing a tremendous amount of seismic activity in California lately, and so I think that now is a great time to revisit what Michael Boldea was shown all the way back in 2006…

Isaiah 24: 19-20, “The earth is violently broken, the earth is split open, the earth is shaken exceedingly.  The earth shall reel to and fro like a drunkard, and shall totter like a hut; Its transgression shall be heavy upon it, and it will fall, and not rise again.”

While I was in Romania, one night after my devotions I went to bed, exhausted and in need of much sleep having ridden in a truck all day delivering food to families.  It had been a hard day, and we had to push the truck out of snow banks and ditches more than once.  My body ached, and all I really wanted was to get some good rest.

As I fell into a deep sleep I had a dream.   I dreamt I was in a hotel room, asleep, when the bed began to shake violently.   I knew what was happening right away.   Having lived in California in the 1980’s I was keenly aware of what an earthquake felt like.   Suddenly I was no longer in bed, but high above San Francisco bay, looking down on the golden gate bridge.   As I watched it, it began to shudder, break apart, and fall into the waters below.   I continued to watch the devastation, seeing buildings collapse, and masses of people trying to find shelter.   Then a voice spoke out of the heavens, a voice I had never heard before, a voice of great authority.   “I will shake this land from its foundations, such as the eyes of this generation has not seen.   The world will stand in awe, and tremble in fear, as even the very geography of this nation will be transformed.   My wrath is ready to be poured out, for sin has overrun My temple.”

In my dream I began to weep, not due to the devastation I was seeing, but due to the great power of the voice I was hearing.   I woke up trembling, unable to breathe, and tired as I was I could not go to sleep again.

Shortly before sunrise, my phone began to ring, and when I answered it, it was my brother Daniel.  “Are you awake?” he asked, “Yes”, I answered.

“I had a dream last night,” he continued, “it was a terrible dream.  I dreamt of a big earthquake coming to America.”

When I told him I’d had the same dream, he was silent for some time then said, “I’m coming over so we could pray.”

He had just arrived at my apartment, when my phone rang again.  It was a brother from 200 kilometers away, who is prophetically gifted, and has spoken many words over me that have come to pass.

“Is this Mike?” when I answered in the affirmative, he said, “I had a dream last night, and I felt I needed to call and tell you about it.  I dreamt of a terrible earthquake in your country, I saw a big bridge that just collapsed I saw destruction as I have never seen before.  Does this mean anything to you?”

It took me some time to find something to say.  I was speechless, and could find no words.  On the same night, three different people had the same dream, with the same vivid details.   Knowing that the brother had a prayer group that met nightly, I asked him to remember America in their prayers whenever they prayed, and he said he would.  Before he hung up he said, “Mike I’ve had many dreams in my life, the Lord willed it so, but none has scared me as the dream I had last night.  Only God can protect someone through something like that, there is no other hope but to run to Him.”

No matter what may come upon this land, we know that God abides with His faithful, keeping them, guiding them, and protecting them.  Events will begin to unfold upon this earth, that will make even the mightiest of men tremble in fear, but knowing that we have a shelter from the storm, a sovereign God who watches over us, fearlessly we press on faithful in all that He asks of us.

Psalm 91:7-11, “A thousand may fall at your side, and ten thousand at your right hand; But it shall not come near you.  Only with your eyes shall you look, and see the reward of the wicked.  Because you have made the Lord, who is my refuge, even the Most High, your habitation, no evil shall befall you, nor shall any plague come near your dwelling; For He shall give His angels charge over you, to keep you in all your ways.”