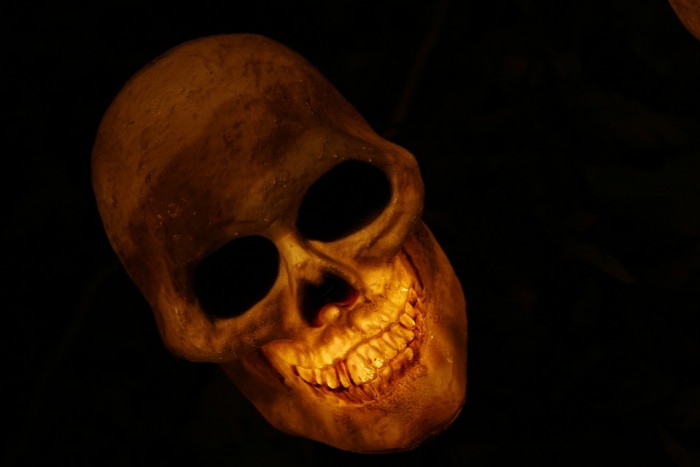 The recent attacks in Paris and in Brussels were just the tip of the iceberg of a massive wave of Islamic terror that is soon coming to Europe. As you will see below, the Associated Press is reporting that ISIS has specially trained “at least 400 attackers” and has already sent them into Europe with specific instructions to conduct terror operations. So Barack Obama may not think that we have anything to be concerned about, but the facts on the ground tell us a completely different story. Thanks to Europe’s openness to “war refugees” from Syria, it is very easy for radical jihadists to get into countries such as France, Belgium and Germany. And once they are on European soil, there are plenty of other disgruntled Islamic refugees that they can recruit to their cause. Europe stands on the precipice of the greatest terror crisis that it has ever known, and the attacks that are coming next are likely to be far more deadly than anything we have seen so far.

As I mentioned above, the Associated Press is reporting that ISIS has already sent “at least 400” trained fighters into Europe for the purpose of conducting terror attacks…

Security officials have told The Associated Press that the Islamic State group has trained at least 400 attackers and sent them into Europe for terror attacks.

The network of interlocking, agile and semiautonomous cells shows the reach of the extremist group in Europe even as it loses ground in Syria. The officials, including European and Iraqi intelligence officials and a French lawmaker who follows the jihadi networks, describe camps designed specifically to train for attacks against the West.

And just in case you were tempted to think that this threat was not real, you may want to consider what happened in France on Thursday.

According to NBC News, police in Paris were able to foil a terror attack that was in “the advanced stages” of planning…

French Interior Minister Bernard Cazeneuve gave a press conference in Paris announcing there was an operation underway in Argenteuil, a commune in the northwest suburbs of Paris.

The suspect was a French national who was in “the advanced stages” of a terror plot, the minister said, calling it a “major arrest.”

Of course much of the rest of the world is already solidly in the grip of Islamic terror. The number of people killed by Islamic terror attacks has been increasing year after year, but the western media only seems to get excited when an attack happens in North America or Europe.

I came across the following tweet earlier today, and it makes this point perfectly…

For instance, did you even hear about the horrific Islamic terror attack that happened in the Ivory Coast earlier this month? Gunmen opened fire on a very crowded beach in a key resort area on a beautiful Sunday afternoon, and Al-Qaeda in the Islamic Maghreb claimed responsibility for the bloodshed. The following comes from the New York Times…

Gunmen opened fire on picnickers and swimmers enjoying a perfect day at three beach resort hotels near the Ivory Coast’s capital on Sunday, killing 16 people and leaving bodies strewn across the bloodstained sand. It was the third major attack in West Africa since November, and verified fears that the spread of terrorism across the region was far from over.

The attack, on the first sunny Sunday in weeks, took place in Grand-Bassam, a popular palm tree-lined getaway for Ivorians and foreigners. Fourteen civilians and two members of the country’s special forces were killed, as well as six gunmen, according to a spokeswoman for the president.

And what does that say about us?

As ISIS and other Islamic terror groups conduct more attacks in North America and Europe, the pressure to conduct military action in the Middle East is going to become very intense. For a long time I have been warning about the potential for World War III to erupt in Syria, and U.S. troops are already taking on a more prominent role in Iraq.

In fact, the International Business Times is reporting that U.S. marines are now “on the front line” in the fight against the Islamic State…

The Islamic State group is trying to retake control of the oil fields it lost two years ago in the semi-autonomous region of Iraqi Kurdistan by launching rockets at Kurdish and Iraqi soldiers. In an attempt to earn back the massive amount of cash it used to fund its international terrorism in 2014, the group has focused its resources on attacking Makhmur, a city just 75 miles miles from the oil-rich city of Kirkuk. So far, the group, also known as ISIS, has succeeded in outgunning the Iraqi forces in the city, but a new contingent of American Marines might change the outcome on the ground.

“Several weeks ago, thousands of Iraqi troops began occupying a tactical assembly area in Makhmur. This is part of the force generation associated with the liberation of Mosul,” Col. Steve Warren, spokesman for the fight against ISIS in Iraq and Syria, said in a press briefing this week. Mosul is the de facto ISIS headquarters in Iraq. “These Iraqi forces, along with their coalition advisers, require force protection,” Warren said. “So we constructed a small fire base to do just that.”

The U.S. Marines in Iraq are on the front line and have been tasked with protecting Iraqi units in Makhmur — a scenario President Barack Obama wanted to avoid as long as possible during his time in office.

And what happens when ISIS or another terror group is able to set off a chemical, biological or nuclear weapon in a major western city?

That would change the world literally overnight.

As I have been warning, most people have no idea how incredibly fragile our society truly is. Humanity has created weapons that are frighteningly powerful, and it is only a matter of time before terrorists acquire these weapons and begin using them.

The free and open society that we are all enjoying today is on borrowed time.

All it is going to take is the detonation of a single weapon of mass destruction in a major western city and everything will change.