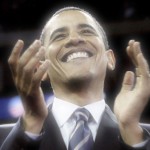 A Saudi newspaper has learned that the Middle East peace plan that Barack Obama will unveil soon includes the creation of a Palestinian state by 2011 and it includes placing the Islamic holy sites in Jerusalem under Arab-Muslim sovereignty.

Barack Obama nominated Ben Bernanke to a second term as chairman of the Federal Reserve on Tuesday.

In an interview released today by Digg and the Wall Street Journal, Treasury Secretary Timothy Geithner said that auditing the Fed is a “line that we don’t want to cross” and that such a move would be “problematic for the country”.

A federal judge has ruled that the Federal Reserve must make records about their emergency lending to financial institutions public within five days.

A new poll has revealed that approximately half of the doctors in the U.K. will refuse to take the swine flu vaccine.

The White House is warning that the swine flu may hospitalize 1.8 million patients in the U.S. this year.

U.S. government health officials are gearing up to launch a massive swine flu vaccination campaign this fall that is being called “unprecedented in its scope”.

Devvy Kidd has a great new article out on the swine flu crisis: MANDATORY VACCINATIONS? TELL FEDS AND STATES TO ‘STICK IT’

Speaking of the swine flu, Natural News has put together an amazing music video on the swine flu entitled “Don’t Inject Me! (The Swine Flu Vaccine Song)”.

An editorial in a major U.K. newspaper entitled “It’s Time To Play God” says that scientists should be “engineering entirely new forms of life” for the good of mankind.

A high ranking ACORN director has pleaded guilty to conspiracy for organizing a scheme that illegally paid ACORN workers to register new voters.

Lew Rockwell has released a piece that is incredibly critical of the Federal Reserve system.

A June report from the United Nations Economic, Social and Cultural Organization recommends that all children in the world between the ages of 5 and 8 be taught how to pleasure themselves.

Lastly, check this out – a Nebraska man stole a painting of the Virgin Mary and used it to pay for the abortion of a teen that he raped.  The good news is that he has now been convicted of first-degree sexual assault and felony theft.