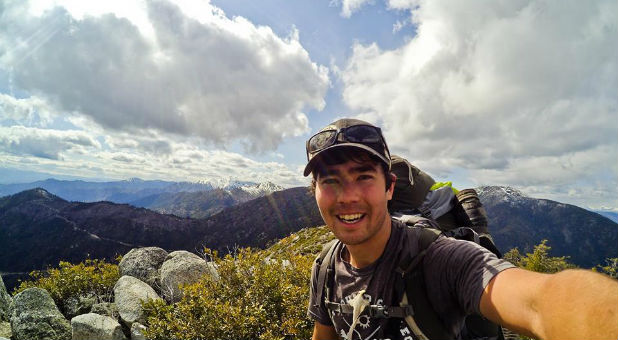 The death of missionary John Allen Chau on North Sentinel Island is making headlines all over the world. Many in the mainstream media are portraying Chau as a villain, but the truth is that he was a great hero. On November 15th, Chau paid local fishermen to take him close to North Sentinel Island, and from there he paddled in a kayak to shore. He offered the Sentinelese gifts such as a football and a fish, but they did not receive the gifts. Instead, an arrow was shot at him, and it hit the Bible that he was carrying. Chau was able to escape and swim back to where the fishing boat was waiting for him. After such an encounter, most people would have given up. But John Allen Chau went back to North Sentinel Island the very next day. He was brutally attacked, and the fishermen saw the Sentinelese dragging his body away.

Chau understood that this might happen. In a letter dated November 16th, the exact day that he was killed, he wrote to his parents and pleaded with them to “not be angry at them or at God if I get killed”…

‘You guys might think I’m crazy in all this but I think it’s worth it to declare Jesus to these people,’ he wrote in the letter to his parents.

‘Please do not be angry at them or at God if I get killed.

‘Rather please live your lives in obedience to whatever he has called you to and I’ll see you again when you pass through the veil. This is not a pointless thing – the eternal lives of this tribe is at hand and I can’t wait to see them around the throne of God worshiping in their own language as Revelations 7:9-10 states.

‘I love you all and I pray none of you love anything in this world more than Jesus Christ.’ 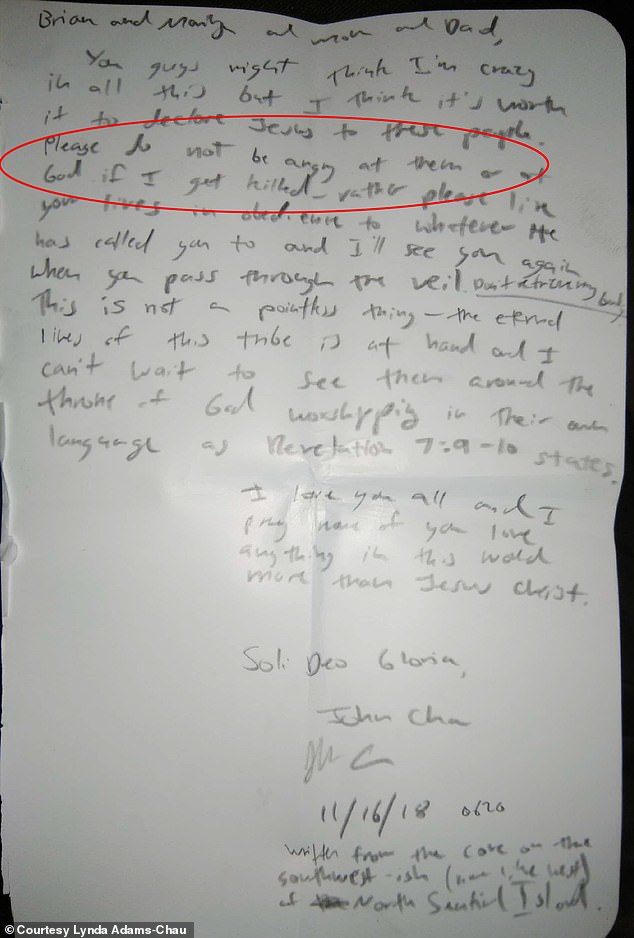 Chau believed in what he was doing so much that he was willing to give his own life to take the gospel to that lost tribe.

But of course the mainstream media sees things very differently. For example, the following is an excerpt from CNN’s story…

“We refuse to call him a tourist. Yes, he came on a tourist visa but he came with a specific purpose to preach on a prohibited island,” Pathak said.

Of course he went there to preach. He loved those people so much that he was willing to risk everything to bring the message of eternal life to them, and I truly wish that we had millions more young men just like John Chau.

Dr. Mary Ho is the International Executive Leader of the missionary organization that trained John Chau, and she says that John will be remembered as a “gracious and sensitive ambassador of Jesus Christ”…

A seasoned traveler who was well-versed in cross-cultural issues, Chau had previously taken part in missions projects in Iraq, Kurdistan and South Africa. He joined All Nations as a missionary in 2017 and trained at its North American headquarters in Kansas City, Missouri.

“John was a gracious and sensitive ambassador of Jesus Christ who wanted others to know of God’s great love for them,” Ho said. “As we grieve for our friend, and pray for all those who mourn his death, we also know that he would want us to pray for those who may have been responsible for his death. We remember too, how throughout church history, the privilege of sharing the gospel has often involved great cost. We pray that John’s sacrificial efforts will bear eternal fruit in due season.”

In the end, John Chau gave his life for something that really mattered, and that is what we should all want.