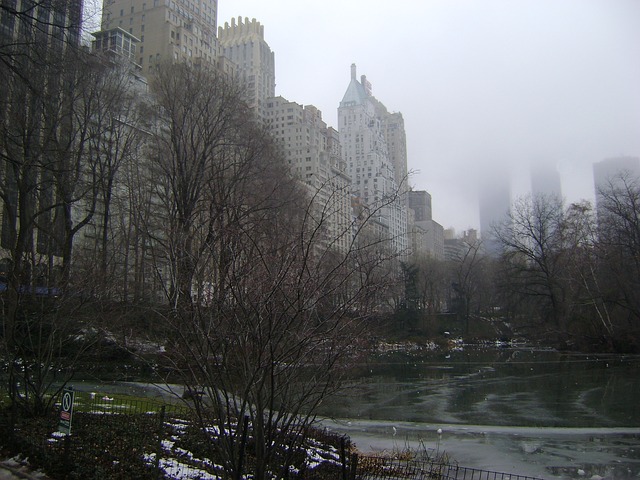 Most Americans have absolutely no idea how incredibly vulnerable our electrical grid is, but Ted Koppel does. For many years, Koppel was the level-headed host of Nightline on ABC, but now he is issuing a very chilling warning to America. For more than a year, he investigated potential threats to our power grid, and he has detailed what he discovered in a new book entitled “Lights Out“. He is convinced that a massive cyberattack could take down our entire electrical grid for an extended period of time, and he was horrified to learn that the Department of Homeland Security really doesn’t have a plan for how to deal with this kind of a scenario.

What Koppel found out during the course of his investigation freaked him out so much that he actually decided to buy freeze-dried food for himself, his children, and even his grandchildren. The following comes from CBS News…

In “Lights Out,” Koppel paints a grim picture of a paralyzing power outage in the form of an all-out cyberattack on the nation’s electrical grid.

“It’s frightening,” Koppel said. “I mean, it is frightening enough that my wife and I decided we were going to buy enough freeze-dried food for all of our kids and their kids.”

It is only a matter of time until we see absolutely massive cyberattacks unleashed against national power grids, and the United States is the most likely target. Unfortunately for us, our government has done very little to prepare for this eventuality. Here is more from CBS News…

Koppel says the one agency that would be ready to counter a cyberattack such as this is the Department of Homeland Security. But are they ready?

“No,” he said. “I’ve talked to every former Secretary of Homeland Security, and they all acknowledge there is no plan.”

And the current Secretary, Jeh Johnson, didn’t offer much guidance to Koppel, either: “I kept asking ‘What’s the plan?’ Why wait until disaster strikes? Why not tell ’em? Do you have a plan?’ And he just sort of pointed up at a shelf filled with white binders and he said, ‘Look, I’m sure there’s something up there somewhere.'”

But we have been warned. In fact, just recently there was a major congressional hearing about this. At that hearing, one member of Congress explained that there is a significant attack on our power grid once every four days…

Such attacks hit the nation’s electric grid once every four days, according to estimates, Rep. Randy Weber, a Texas Republican, said at the House Subcommittee on Research and Technology hearing. The session was focused on better protecting the nation’s power grid and identifying its vulnerability to cyberattacks.

“In over 300 cases of significant cyber and physical attacks since 2011, suspects have never been identified,” Weber said.

And of course it isn’t just a cyberattack that we need to be concerned about. As I wrote about just over a month ago, a giant electromagnetic pulse either from the sun or from a weapon could fry our grid at any time as well.

Perhaps this is not something that you are making preparations for personally, but the White House sure is. According to the Houston Chronicle, the White House just released a plan that details how it would respond to an EMP event…

The White House Thursday released a contingency plan for about the most terrifying scenario possible: a massive electromagnetic pulse (EMP) that wipes out the power grid.

It could come from a solar flare that sends ultra-high-energy particles cascading toward the earth, frying every electrical transformer they encounter. So the White House, in conjunction with 24 other federal agencies, published a “National Space Weather Strategy” and accompany action plan, outlining a response if such a disaster were to occur.

I don’t know if any of us can really imagine how crazy things would get if the lights went out and never came back on. We have all become so incredibly dependent on computers, cell phones, televisions, ATMs, heating and cooling systems, credit card readers, gas pumps, cash registers, refrigerators, hospital equipment etc. What would life be like if suddenly we couldn’t use any of those things anymore?

At some point there will be a massive power grid failure. It is just a matter of time. And as space weather consultant John Kappenman recently told Gizmodo, when it happens power might not be restored for months or even years…

“If you take electricity away, either immediately or within a short period of time, you’ll suffer the failure of all critical infrastructure,” Kappenman said. This includes things like water, sewage treatment, gas stations, banks and hospitals. “One of the concerns that we have is that in the worst case scenarios, we could be looking at weeks, months, maybe even years before restoration of the grid.”

That’s why preppers are taking a longer view. “I have a five year supply of food for employees and family,” a source who requested anonymity told Gizmodo. This individual says he’s rigged up a 12.5 kW solar array in the “remote wilderness,” complete with “power outlets and water spigots about every 50 feet” to support a small fleet of RV trailers for the long haul. Other preppers agree that a multi-year food and water supply is crucial. Some are also stockpiling large quantities of medications (“five year supplies of meds can be obtained from Asia without prescriptions,” one source told Gizmodo).

For much more on what we could potentially be facing, I encourage you to check out the following articles…

-“Electromagnetic Pulse: One Day We Will Wake Up In An America Without Electricity And Society Will Totally Break Down”

-“The EMP Threat: All It Would Take Is A Couple Of Explosions To Send America Back To The 1800s”

-“What Are You Going To Do When A Massive EMP Blast Fries The U.S. Electrical Grid?”

So how can we get prepared? The YouTube video that I have posted below was produced by Infowars, and it contains advice from renowned survivalist experts including James Wesley Rawles. I think that you will find it to be very helpful…