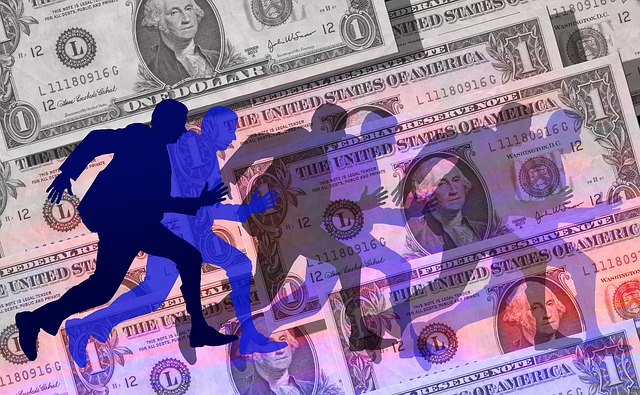 Keep an eye on the shadow banking system – it is about to be shaken to the core. According to the Financial Stability Board, the size of the global shadow banking system has reached an astounding 75 trillion dollars. It has approximately tripled in size since 2002. In the U.S. alone, the size of the shadow banking system is approximately 24 trillion dollars. At this point, shadow banking assets in the United States are even greater than those of conventional banks. These shadow banks are largely unregulated, but governments around the world have been extremely hesitant to crack down on them because these nonbank lenders have helped fuel economic growth. But in the end, we will all likely pay a very great price for allowing these exceedingly reckless financial institutions to run wild.

If you are not familiar with the “shadow banking system”, the following is a pretty good definition from investing answers.com…

Shadow banking institutions generally serve as intermediaries between investors and borrowers, providing credit and capital for investors, institutional investors, and corporations, and profiting from fees and/or from the arbitrage in interest rates.

These institutions are extremely dangerous because they are highly leveraged and they are behaving very recklessly. They played a major role during the financial crisis of 2008, and even the New York Fed admits that shadow banking has “increased the fragility of the entire financial system”…

The current financial crisis has highlighted the growing importance of the “shadow banking system,” which grew out of the securitization of assets and the integration of banking with capital market developments. This trend has been most pronounced in the United States, but it has had a profound influence on the global financial system. In a market-based financial system, banking and capital market developments are inseparable: Funding conditions are closely tied to fluctuations in the leverage of market-based financial intermediaries. Growth in the balance sheets of these intermediaries provides a sense of the availability of credit, while contractions of their balance sheets have tended to precede the onset of financial crises. Securitization was intended as a way to transfer credit risk to those better able to absorb losses, but instead it increased the fragility of the entire financial system by allowing banks and other intermediaries to “leverage up” by buying one another’s securities.

Over the past decade, shadow banking has become a truly worldwide phenomenon, and thus it is a major threat to the entire global financial system. In China, shadow banking has been growing by leaps and bounds, but this has the authorities deeply concerned. In fact, according to Bloomberg one top Chinese regulator has referred to shadow banking as a “Ponzi scheme”…

Their growth had caused the man who is now China’s top securities regulator to label the off-balance-sheet products a “Ponzi scheme,” because banks have to sell more each month to pay off those that are maturing.

And what happens to all Ponzi schemes eventually?

In the end, they always collapse.

And when this 75 trillion dollar Ponzi scheme collapses, the global devastation that it will cause will be absolutely unprecedented.

Mutual funds, hedge funds, and ETFs, are part of the “shadow banking system” where these modern “banks” are not required to maintain reserves or even emergency levels of cash. Since they in effect now are the market, a rush for liquidity on the part of the investing public, whether they be individuals in 401Ks or institutional pension funds and insurance companies, would find the “market” selling to itself with the Federal Reserve severely limited in its ability to provide assistance.

As far as shadow banking is concerned, everything is just fine as long as markets just keep going up and up and up.

But once they start falling, the whole system can start falling apart very rapidly. Here is more from Bill Gross on what might cause a “run on the shadow banks” in the near future…

Long used to the inevitability of capital gains, investors and markets have not been tested during a stretch of time when prices go down and policymakers’ hands are tied to perform their historical function of buyer of last resort. It’s then that liquidity will be tested.

And what might precipitate such a “run on the shadow banks”?

1) A central bank mistake leading to lower bond prices and a stronger dollar.

2) Greece, and if so, the inevitable aftermath of default/restructuring leading to additional concerns for Eurozone peripherals.

3) China – “a riddle wrapped in a mystery, inside an enigma”. It is the “mystery meat” of economic sandwiches – you never know what’s in there. Credit has expanded more rapidly in recent years than any major economy in history, a sure warning sign.

5) Geopolitical risks – too numerous to mention and too sensitive to print.

6) A butterfly’s wing – chaos theory suggests that a small change in “non-linear systems” could result in large changes elsewhere. Call this kooky, but in a levered financial system, small changes can upset the status quo. Keep that butterfly net handy.

Should that moment occur, a cold rather than a hot shower may be an investor’s reward and the view will be something less than “gorgeous”. So what to do? Hold an appropriate amount of cash so that panic selling for you is off the table.

In order to avoid a shadow banking crisis, what we need is for global financial markets to stabilize and to resume their upward trends.

So let’s hope that the financial devastation that we have seen so far this week is not a preview of things to come. The global financial system has been transformed into a delicately balanced pyramid of glass that is not designed to handle turbulent times. We should have never allowed the shadow banks to run wild like this, but we did, and now in just a short while we are going to get to witness a financial implosion unlike anything the world has ever seen before.