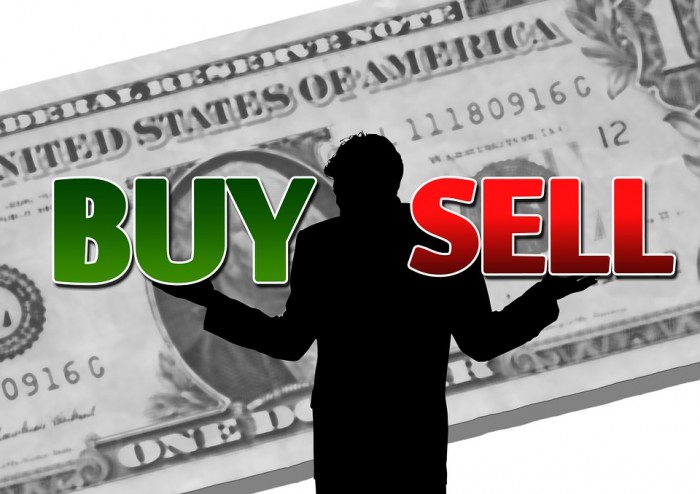 Never before have we seen a year start like this. On Monday, Chinese stocks crashed once again. The Shanghai Composite Index plummeted another 5.29 percent, and this comes on the heels of two historic single day crashes last week. All of this chaos over in China is one of the factors that continues to push commodity prices even lower. Today the price of copper fell another 2.40 percent to $1.97, and the price of oil continued to implode. At one point the price of U.S. oil plunged all the way down to $30.99 a barrel before rebounding just a little bit. As I write this article, oil is down a total of 6.12 percent for the day and is currently sitting at $31.13. U.S. stocks were mixed on Monday, but it is important to note that the Russell 2000 did officially enter bear market territory. This is yet another confirmation of what I was talking about yesterday. And junk bonds continue to plummet. As I write this, JNK is down to 33.42. All of these numbers are huge red flags that are screaming that big trouble is ahead. Unfortunately, the mainstream media continues to insist that there is absolutely nothing to be concerned about.

A little over a year ago, I wrote an article that explained that anyone that believed that low oil prices were good for the economy was “crazy“. At the time, many people really didn’t understand what I was trying to communicate, but now it is becoming exceedingly clear. On Monday, one veteran oil and gas analyst told CNBC that “half of U.S. shale oil producers could go bankrupt” over the next couple of years…

The senior oil and gas analyst at Oppenheimer & Co. said the “new normal oil price” could be 50 to 100 percent above current levels. He ultimately sees crude prices stabilizing near $60, but it could be more than two years before that happens.

By then it will be too late for many marginal U.S. drillers, who must drill into and break up shale rock to release oil and gas through a process called hydraulic fracturing. Fracking is significantly more expensive than extracting oil from conventional wells.

Since the last recession, the energy industry has been the number one producer of good paying jobs in this country.

Now that those firms are starting to drop like flies, what is that going to mean for employment in America?

Just today, a huge coal company filed for bankruptcy, and so did a U.S. unit of commodity trading giant Glencore. The following comes from Zero Hedge…

While the biggest bankruptcy story of the day is this morning’s chapter 11 filing by Arch Coal, one which would trim $4.5 billion in debt from its balance sheet while handing over the bulk of the post-reorg company to its first-lien holders as part of the proposed debt-for-equity exchange, the reality is that the Arch default was widely anticipated by the market.

However, another far less noted and perhaps far more significant bankruptcy filing was that of Sherwin Alumina Co., a U.S. unit of commodity trading giant Glencore PLC, whose troubles have been extensively detailed on these pages. The stated reason for this far more troubling chapter 11 was “challenging market conditions” which is one way to describe an industry in which just one remaining U.S. smelter will be left in operation after Alcoa shut down its Warrick Country smelting ops last week.

A spokesman for Glencore, which owns the entire business, said the commodities producer and trader is “supportive of the restructuring process undertaken by Sherwin and is hopeful of an outcome that will allow for the continued operation of the Sherwin facility.”

We desperately need prices for oil and other commodities to rebound significantly. Unfortunately, that does appear to be likely to happen any time soon. In fact, according to CNN we could soon see the price of oil fall quite a bit more…

The strengthening U.S. dollar could send oil plunging to $20 per barrel.

That’s the view of analysts at Morgan Stanley. In a report published Monday, they say a 5% increase in the value of the dollar against a basket of currencies could push oil down by between 10% and 25% — which would mean prices falling by as much as $8 per barrel.

If prices for oil and other commodities keep falling, what is going to happen?

Well, Gina Martin Adams of Wells Fargo Securities says that what is happening right now reminds her of the correction of 1998…

Recent market volatility has dredged up memories of previous times of turmoil, most notably the 2008 crisis. But Gina Martin Adams of Wells Fargo Securities has been reminded of another, less dramatic correction year — 1998.

Adams posits that the current economic environment is suffering from themes that also played out in 1998, including falling oil prices, a rising U.S. dollar and troubles in emerging markets. Consequently, stocks may see a similar move to the 1998 correction, which saw a 20 percent drop for stocks over six weeks.

To me, it is much more serious than that. Just before U.S. stocks crashed horribly in 2008, we saw Chinese stocks crash, the price of oil crashed, commodity prices crashed, and junk bonds crashed really hard.

All of those things are happening again, and yet most of the “experts” continue to refuse to see the warning signs.

In fact, the mainstream media is full of articles that are telling people not to panic while the financial markets crumble all around them…

There’s no need to make big moves in response to the recent volatility. “Regular folks should take on a long-term view and avoid trying to anticipate short-term market movements,” says Stephen Horan, the managing director of credentialing at CFA Institute. “There is almost no evidence to suggest that professionals can do it effectively and a plethora of evidence suggesting individuals do it poorly.”

They want “regular folks” to keep holding on to their investments as the “smart money” dumps their stocks at a staggering pace.

A little more than six months ago, I predicted that “our problems will only be just beginning as we enter 2016”, and that is turning out to be dead on correct.

The financial crisis that began during the second half of last year is greatly accelerating, and yet most of the population continues to be in denial even though the average stock price has already fallen by more than 20 percent.

Hopefully it will not take another 20 percent decline before people begin to wake up.