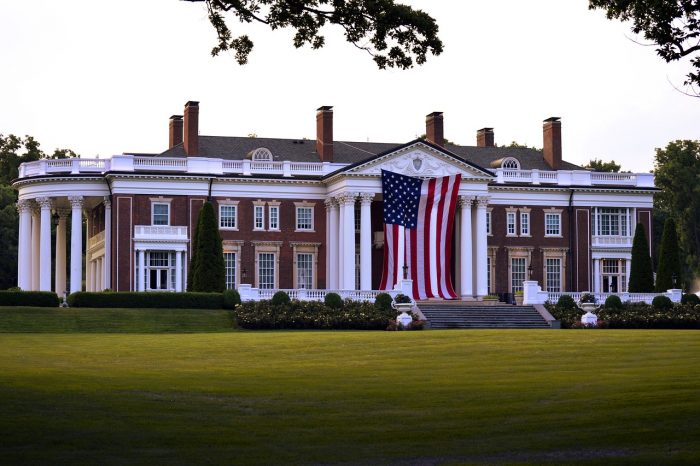 The rich have been getting richer and the poor have been getting poorer for so long in America that it seems like it has always been this way.  But it hasn’t.  In fact, between the late 1920s and the early 1970s the gap between the wealthy and the poor actually steadily got smaller.  And when I was growing up in the 1980s, it seemed like everyone was middle class, but now those days are long gone.  A very small sliver of society at the very top of the food chain truly is “living the high life”, while most of the rest of us are deeply struggling.  According to a brand new study just released by the Economic Policy Institute, the average American family in the top 1 percent brought home 26.3 times as much income in 2015 as an average family in the bottom 99 percent.  The following comes from CNBC…

The top 1 percent of families took home an average of 26.3 times as much income as the bottom 99 percent in 2015, according to a new paper released by the Economic Policy Institute, a non-profit, nonpartisan think tank in Washington, D.C. This has increased since 2013, showing that income inequality has risen in nearly every state.

But in wealthy enclaves such as California, Connecticut, Massachusetts, New Jersey and New York the threshold for being a part of the top 1 percent is much higher.

The last time America faced such disparity was just before the Great Depression.  Back in 1928, the top 1 percent of all Americans brought home 23.9 percent of all income, and today we are sitting at about 22 percent.  The following comes from CBS News…

Unequal income growth since the 1970s has buoyed the fortunes of the top 1 percent of income earners, widening income inequality in every state, the study from the Economic Policy Institute found. Across the country, the top-earning households took home 22 percent of all income in 2015, the latest year for which the IRS has data. That’s just 1.9 percentage points lower than 1928’s record share of 23.9 percent of income.

A big reason why the wealthy have been prospering is because the Federal Reserve recklessly inflated stock prices during the Obama administration.  Everyone knew that the Fed’s quantitative easing program greatly benefited a very, very small segment of society, but they just kept on doing it anyway.

Many of the wealthy live near Wall Street, and that is why the top 1 percent in New York and Connecticut are doing so exceptionally well.  But others in the top 1 percent do not even have to work, and therefore they are free to live wherever they want.  So that is a big reason why low tax states such as Florida, Nevada and Wyoming have attracted so many of them…

But that 1928 peak has been surpassed in New York, Florida, Connecticut, Nevada and Wyoming, EPI said. Metropolitan regions that have leapfrogged over the 1928 record include Jackson, Wyoming — home to the resort town of Jackson Hole — and Naples, Florida, a popular retirement location.

At this point, we truly have entered another “gilded age”.  Those that are able to live off of accumulated wealth live a completely different kind of a lifestyle than you or I do.  And they tend to concentrate in resort areas in low tax states.  Here is more from CBS News…

In 1928, the country was enjoying a booming stock market, boosting the wealth of families like the Rockefellers and Mellons to unheard-of levels. They vacationed in resorts like Newport, Rhode Island, leaving the cities for havens of wealth far removed from the centers of industry.

Today, the richest Americans are likewise capable of picking up and moving to resorts and vacation spots, which explains the presence of Jackson, Wyoming, as one of the top spots for income inequality. Jackson Hole is home to a famed ski resort, as well as extremely wealthy patrons like Walmart heiress Christy Walton.

Meanwhile, tens of millions of other Americans are deeply, deeply struggling.  The middle class in America is steadily shrinking, and more people are being forced into poverty with each passing day.

Yesterday, I wrote about how the head of the police union in Portland is lamenting how his city is becoming a “cesspool”, and today I would like to share with you what is taking place on one extremely impoverished street in Detroit…

Alpine is squatter central. Once filled with families and children, it’s a tattered neighborhood of small houses, many deserted, and vacant lots. There’s hoarding and heartbreak on Alpine.

Twins Ordell and Wardell Belt share their house on Alpine with Scandalous, the lab-pit bull they adopted when they found him wandering the street. They said they have no central heat, no water. Both get federal disability checks.

We hear so much about how the economy is “getting better” these days, but the truth is that it is mostly just getting better for the top 1 percent.

We desperately need to restore economic hope for all the rest of us.  Our people need to feel empowered to be entrepreneurs, to start businesses, to hire people and to live the American Dream.

Unfortunately, big government continues to kill the American Dream with red tape, high taxes and ridiculous regulations as we continue to march down the road toward socialism.

Socialism always concentrates wealth among the elite, and if America continues to head this direction we will continue to get the same results.