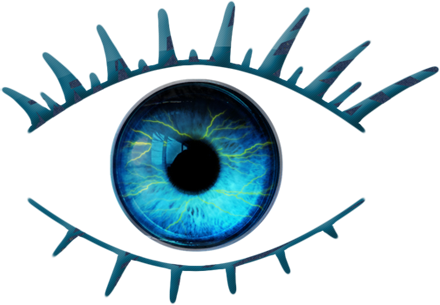 (By Whitney Webb of Trueactivist.com) As the controversy surrounding “fake news” continues unabated in the US, Germany’s government has now gotten involved battling. On Sunday, Germany’s Justice Minister Heiko Maas – a member of German Chancellor Angela Merkel’s coalition – demanded that Facebook respect Germany’s strict anti-defamation laws, adding that free speech does not apply to “slander.” “Defamation and malicious gossip are not covered under freedom of speech. Justice authorities must prosecute that, even on the internet,” Maas said in an interview cited by Reuters. Maas also noted that offenders could face up to five years in jail under German law. “Anyone who tries to manipulate the political discussion with lies needs to be aware [of the consequences].”

The policy is remarkably similar to one already in place in Israel, where Israeli authorities have arrested, imprisoned, and fined over 400 Palestinians and other Arabs for “inciting violence” on social media. Before “fake news” became a topic of national discourse, Israel had partnered with Facebook to censor such posts and accounts for “incitement.” However, the actual consequence has been the banning of accounts belonging to Palestinian journalists, news agencies, and peaceful activists.

Authors “fake news” and “malicious gossip” on social media are not the only ones in the cross-hairs of German officials as Facebook itself is set to suffer legal and financial consequences if it fails to meet new German standards. Last Friday, Chairman of Germany’s Social Democratic Party Thomas Oppermann told Der Spiegel in an interview that “if, after appropriate examination, Facebook does not delete the offending message within 24 hours, it should expect individual fines of up to 500,000 euros ($523,320).”

Maas and Opperman’s announcements followed last week’s launching of several initiatives to flag and eliminate “fake news” from the newsfeeds of Facebook users. As True Activist previously reported, Facebook will rely on the “fact-checking” of the George Soros and Bill Gates-funded Poynter Institute as well as 5 media organizations (Snopes, Politifact, FactCheck.org, ABC News, and the Associated Press) to vet “disputed” content.

Of course, the supposed epidemic of “fake news” is clearly an attempt to scapegoat Hillary Clinton’s electoral defeat on something other than herself as Facebook CEO Mark Zuckerberg said the following about “fake news” on the social media network:

“Of all the content on Facebook, more than 99 percent of what people see is authentic. Only a very small amount is fake news and hoaxes. The hoaxes that do exist are not limited to one partisan view, or even to politics. Overall, this makes it extremely unlikely hoaxes changed the outcome of this election in one direction or the other.”

Clearly, the frenzy to censor and eliminate “fake news” is not about eliminating the “very small amount” of actual fake news, it is about censoring anti-establishment viewpoints from both left and right wing sources. Many stories that do not follow the narrative of the neo-liberal establishment are often treated as “conspiracy theory,” “fake news,” or “Russian propaganda” while those that follow the narrative are free from such attacks, even when such stories themselves are proven to falsified or dishonest. If Germany manages to enact these measures officially and punish publishers of independent news for spreading “fake news and malicious gossip,” it will only be a matter of time before the US and others follow suit.