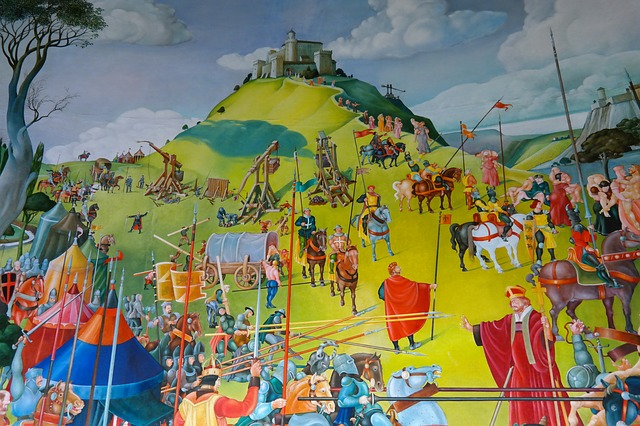 Did you notice that Greece’s creditors are not rushing to offer the Greeks a new deal in the wake of the stunning referendum result on Sunday? In fact, it is being reported that the initial reaction to the “no” vote from top European politicians was “a thunderous silence“. Needless to say, the European elite were not pleased by how the Greek people voted, but they still have all of the leverage. In particular, it is the Germans that are holding all of the cards. If the Germans want to cave in and give the Greeks the kind of deal that they desire, everyone else would follow suit. And if the Germans want to maintain a hard line with Greece, they can block any deal from happening all by themselves. So in the final analysis, this is really an economic test of wills between Germany and Greece, and time is on Germany’s side. Germany doesn’t have to offer anything new. The Germans can just sit back and wait for the Greek government to default on their debts, for Greek banks to totally run out of cash and for civil unrest to erupt in Greek cities as the economy grinds to a standstill.

In ancient times, if a conquering army came up against a walled city that was quite formidable, often a decision would be made to conduct a siege. Instead of attacking a heavily defended city directly and taking heavy casualties, it was often much more cost effective to simply surround the city from a safe distance and starve the inhabitants into submission.

So yes, the Greeks voted for change, but the Germans still hold the purse strings.

And right now the Germans do not sound like they are in any mood to compromise. The following comes from a Reuters report that was published on Monday…

Merkel and French President Francois Hollande conferred by telephone and will meet in Paris on Monday afternoon to seek a joint response. Responding to their call, European Council President Donald Tusk announced that euro zone leaders would meet in Brussels on Tuesday evening (1600 GMT).

Leftist Prime Minister Alexis Tsipras had “torn down the last bridges on which Greece and Europe could have moved towards a compromise,” Gabriel told the Tagesspiegel daily.

In addition, Angela Merkel’s office released a statement on Monday that placed the onus on making a new proposal to end this crisis on the Greek government…

“It is up to Greece to make something of this. We are waiting to see which proposals the Greek government makes to its European partners,” the office of German Chancellor Angela Merkel, Europe’s leading austerity advocate, said in a statement.

Just because the Greek people want the Germans to give them a very favorable deal does not mean that the Germans will be inclined to do so. The Germans know that whatever they do with the Greeks will set a precedent for the rest of the financially-troubled nations all across Europe. If Greece gets a free lunch, then Italy, Spain, Portugal, Ireland and France will expect the same kind of treatment…

Angelos Chryssogelos, an expert on Greek politics at the London-based think tank Chatham House, said the strength of Sunday’s mandate handed to Tsipras means it will be almost impossible for the prime minister’s leftist Syriza party to make a deal with European creditors.

“The Europeans made it pretty clear where they stand, and they have been consistent,” Chryssogelos said, adding that the creditors also are unlikely to back down. “Right now, voters across the eurozone largely support the tough stance taken by the eurozone.”

Chryssogelos said Greek voters may have underestimated the resolve of the creditors to reach an accord on their terms. “If someone is seen getting preferential treatment, then someone else will want that treatment,” he said, referring to other eurozone debtors such as Ireland and Portugal.

And remember, there is a very important Spanish election coming up in December.

If Syriza comes out as the big winner in this crisis, it will empower similar movements in Spain and all over the rest of the continent.

So look for Greece’s creditors to tighten the screws over the coming days. In fact, we already saw a bit of screw tightening on Monday when the ECB announced that Greek banks would not be receiving additional emergency assistance…

In a move sure to increase pressure on Greece’s flailing banks, the European Central Bank on Monday decided not to expand an emergency assistance program, raising fears that Greece could soon go completely bankrupt.

The move put a swift crimp on Greek leaders’ jubilation after winning a landslide endorsement from their citizens to reject Europe’s austerity demands and seek a new bailout bargain. Now they must seek a bargain before the money runs out within days, which would likely force them off the euro.

Basically we are watching a very high stakes game of chicken play out. And as the cash dwindles, economic activity in Greece is slowly grinding to a halt. The following comes from the Washington Post…

The dwindling cash is sucking the life out of everything from coffee shops to taxis, as anxious Greeks economize amid fears for the future. Greek leaders also banned transfers of money abroad, meaning that very little can now be imported into the country.

Printing plants are warning that they may run out of paper to print newspapers by the end of the week. Butchers say that stocks of imported meat are dwindling.

Yes, the Greek people exhibited great resolve in voting against the demands of the creditors on Sunday.

But how long can they endure this economic siege?

It is inevitable that a breaking point will come. Either the Greek government will give in, or the Greeks will leave the euro and start to transition back to the drachma.

If we do see a “Grexit”, and many analysts believe that one is coming, it could set off a chain of events that could cause immense financial pain all over the planet. There are tens of trillions of dollars of derivatives that are tied to European bond yields, European interest rates, etc. The following is an excerpt from a piece authored by Phoenix Capital Research that explains what kind of jeopardy we could potentially be facing…

The global derivatives market is roughly $700 trillion in size. That’s over TEN TIMES the world’s GDP. And sovereign bonds… including even bonds from bankrupt countries such as Greece… are one of, if not the primary collateral underlying all of these trades.

Greece is not the real issue for Europe. The entire Greek debt market is about €345 billion in size. So we’re not talking about a massive amount of collateral… though the turmoil this country has caused in the last three years gives a sense of the importance of the issue.

Spain, by comparison has over €1.0 trillion in debt outstanding… and Italy has €2.6 trillion. These bonds are backstopping tens of trillions of Euros’ worth of derivatives trades. A haircut on them would trigger systemic failure in Europe.

If Greece gets a “haircut” on their debt, other European nations would want the same and that would cause massive chaos in the derivatives markets.

But if Greece does not get a deal and ends up leaving the eurozone, that will cause bond yields to go crazy all over Europe and that would also cause tremendous chaos in the derivatives markets.

So much depends on keeping this system of legalized gambling that we call “derivatives trading” stable. We have allowed the global derivatives bubble to become many times larger than the GDP of the entire planet, and in the end we will pay a great price for this foolishness.

Every pyramid scheme eventually collapses, and this one will too.

But the difference with this pyramid scheme is that it is going to take the entire global financial system down with it.