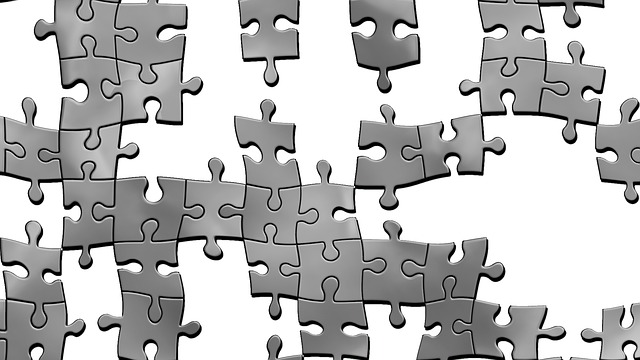 The “deal that was designed to fail” has already begun to unravel. The IMF, which was expected to provide a big chunk of the financing, has indicated that it may walk away from the deal unless Greece is granted extensive debt relief. This is something that the Germans and their allies have resolutely refused to do. Meanwhile, outrage is pouring in from all over Europe regarding what the Greek government is being forced to do to their own people. Most of this anger is being directed at the Germans, but the truth is that without German money the Greek banking system and the Greek economy will completely and utterly collapse. So even though Greek Prime Minister Alex Tsipras admits that this is a deal that he does not believe in, he is attempting to get it pushed through the Greek parliament, and we should know on Wednesday whether he was successful or not. But even if the Greek parliament approves it, we could still see either the German or the Finnish parliaments reject it. It seems as though nobody is really happy with this deal, and these negotiations have exposed very deep divisions within Europe. Could this be the beginning of the end for the eurozone?

The Germans appear to believe that they can push the Greeks out of the eurozone and that everything will be okay somehow. This is something that I wrote about extensively yesterday, and it turns out that a lot of other prominent voices agree with me. For example, just consider what Paul Krugman of the New York Times had to say about this. I am kind of amazed that he finally got something right…

Suppose you consider Tsipras an incompetent twerp. Suppose you dearly want to see Syriza out of power. Suppose, even, that you welcome the prospect of pushing those annoying Greeks out of the euro.

Even if all of that is true, this Eurogroup list of demands is madness. The trending hashtag ThisIsACoup is exactly right. This goes beyond harsh into pure vindictiveness, complete destruction of national sovereignty, and no hope of relief. It is, presumably, meant to be an offer Greece can’t accept; but even so, it’s a grotesque betrayal of everything the European project was supposed to stand for.

Greece desperately wants to stay in the euro, and they desperately want money from the rest of Europe to keep coming in. At this point, they will agree to just about anything to keep from getting booted out of the common currency. That is why the Germans and their allies had to make the deal so horrible. They were attempting to find some way to make things so harsh on the Greeks that they would finally choose to walk away.

And to a certain extent it seems to be working. Even some members of Syriza are publicly declaring that they are going to vote against this package. The following comes from the Washington Post…

Greek Energy Minister Panagiotis Lafazanis, who leads a hard-line leftist faction within Syriza, said in a statement Tuesday that the country’s creditors had “acted like cold-blooded blackmailers and economic assassins.”

Yet he also took indirect aim at Tsipras, calling on the Greek prime minister to reverse himself and tear up the agreement, which he described as a violation of the party’s ideals.

Even if Tsipras can pass the deal in Parliament, as he is expected to do, Lafazanis vowed that the Greek people would “annul it through their unity and struggle.”

Right now, the vote looks like it could be quite close. Even though Greek Prime Minister Alex Tsipras has publicly admitted that this is a deal that “I do not believe in“, he is really pushing hard to get the votes that he needs. In fact, according to Reuters he has been actively reaching out to opposition parties to secure votes…

Having staved off a financial meltdown, Tsipras has until Wednesday night to pass measures tougher than those rejected in a referendum days ago. With as many as 30-40 hardliners in his own ranks expected to mutiny, Tsipras will likely need the support of pro-European opposition parties to muster the 151 votes he needs to pass the law in parliament.

But even if this deal gets through parliament, it is highly questionable whether Greece will actually be able to do what is being required of them. For instance, the 50 billion euro “privatization fund” seems to be something of a pipe dream…

Privatisation agency Taiped has put out to tender assets with a nominal value of 7.7 billion euros since 2011, but has cashed in only just over 3.0 billion euros, according to 2014 figures.

On June 26 even the International Monetary Fund (IMF), one of Greece’s creditors, raised eyebrows over the idea of raking in lots of money from privatisations.

It stressed that the sale of public banking assets was supposed to raise tens of billions of euros but it was “highly unlikely that these proceeds will materialise” considering the high levels of nonperforming loans in the banking system.

It said that realistically only 500 million euros of proceeds were likely to materialise each year — at which rate it would take around 100 years to reach the 50 billion euro goal.

For the moment, though, let’s assume that the Greek parliament agrees to these demands and that by some miracle the Greek government can find a way to do everything that is being required of them.

And for the moment, let’s assume that this deal is approved by both the German and Finnish parliaments.

Even if everything else goes right, this deal can still be killed by the IMF…

The International Monetary Fund has sent its strongest signal that it may walk away from Greece’s new bailout programme, arguing in a confidential analysis that the country’s debt is skyrocketing and budget surplus targets set by Athens cannot be achieved, reports FT.

In the three-page memo, sent to EU authorities at the weekend and obtained by FT, the IMF said the recent turmoil in the Greek economy would lead debt to peak at close to 200 percent of economic output over the next two years. At the start of the eurozone crisis, Athens’ debt stood at 127 percent.

In order for the IMF to participate in this new Greek bailout, the IMF must deem Greek debt to be sustainable. And at this point that does not appear to be the case…

Under its rules, the IMF is not allowed to participate in a bailout if a country’s debt is deemed unsustainable and there is no prospect of it returning to private bond markets for financing. The IMF has bent its rules to participate in previous Greek bailouts, but the memo suggests it can no longer do so.

But the Germans made it very clear that there would be no bailout unless the IMF was involved.

So what would satisfy the IMF?

The IMF study seems to indicate that massive debt relief for Greece would be required. The following comes from Reuters…

The study, seen by Reuters, said European countries would have to give Greece a 30-year grace period on servicing all its European debt, including new loans, and a dramatic maturity extension. Or else they must make annual transfers to the Greek budget or accept “deep upfront haircuts” on existing loans.

Needless to say, those kinds of concessions are anathema to the Germans. There is no way that anything like that could ever get through the German parliament.

But to be honest, the Germans never intended for this deal to be successful anyway. Just consider what German Finance Minister Wolfgang Schauble told reporters on Tuesday…

German Finance Minister Wolfgang Schauble made clear in Brussels on Tuesday that some members of the Berlin government think it would make more sense for Athens to leave the euro zone temporarily rather than take another bailout.

This is what Schauble and his allies have wanted all along. This entire “deal” was crafted with the intent of creating conditions under which Greece could be forced out of the euro.

By this time tomorrow, we should know what the Greek parliament is going to do. However, that won’t be the end of the story. One way or another, the Germans are going to get their wish. But once they do, I think that they will be quite surprised by the chaos that is unleashed.