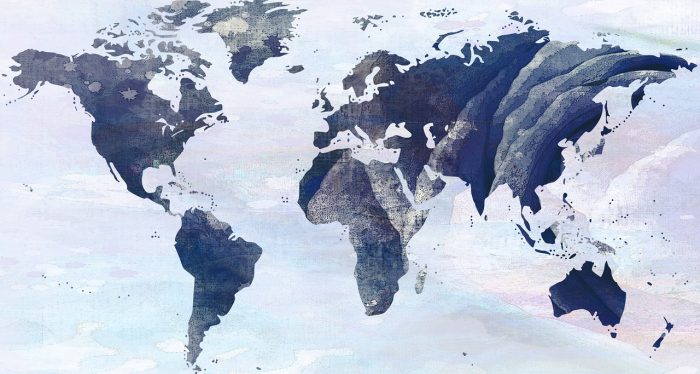 Oil, copper and lumber are all telling us the exact same thing, and it isn’t good news for the global economy. When economic activity is booming, demand for commodities such as oil, copper and lumber goes up and that generally causes prices to rise. But when economic activity is slowing down, demand for such commodities falls and that generally causes prices to decline. In recent weeks, we have witnessed a decline in commodity prices unlike anything that we have witnessed in years, and many are concerned that this is a very clear indication that hard times are ahead for the global economy.

Let’s talk about oil first. The price of oil peaked in early October, but since that time it has fallen more than 25 percent, and the IEA is warning of “relatively weak” demand out of Asia and Europe…

The International Energy Agency said on Wednesday that while US demand for oil has been “very robust,” demand in Europe and developed Asian countries “continues to be relatively weak.” The IEA also warned of a “slowdown” in demand in developing nations such as India, Brazil and Argentina caused by high oil prices, weak currencies and deteriorating economic activity.

“The outlook for the global economy has deteriorated,” the IEA wrote.

Meanwhile, the price of copper has been declining for quite some time now. The price of copper also fell substantially just before the last recession, and many analysts are pointing out that “Dr. Copper” is now waving a red flag once again…

The message of weakening demand on the oil front was reinforced by the falling price of copper. The base metal is often referred to as “Dr. Copper” on its presumed ability to forecast the peaks and troughs of business cycles since it is used in different areas of the economy such as homes, factories and electricity generation. Copper has served as a leading indicator of both recessions and economic booms.

The price of lumber is a “third witness” that indicates that big trouble is looming.

Last month, lumber dropped more than 10 percent, and that was the biggest monthly drop that we have seen in more than 7 years…

In October, prices for softwood lumber in the U.S. dropped 10.3% – the largest decline since May 2011, according to the Producer Price Index (PPI) release by the Bureau of Labor Statistics. The producer price index for softwood lumber has fallen 21.2% since setting the cycle and all-time high in June.

If oil, copper and lumber are all telling us the same thing simultaneously, don’t you think that we should be listening?

At this point, even Bloomberg is admitting that the global economy is heading toward “a generalized slowdown”…

These developments suggest the synchronized growth that the global economy has enjoyed in recent years is likely to be replaced by a generalized slowdown. Just take a look at the data out of Japan and Germany this week, which showed the world’s third- and fourth-largest economies contracted in the third quarter.

How many signs is it going to take before people start understanding what is happening?

Wells Fargo just notified about 1,000 employees that they will be laid off. Job losses are starting to mount, and it is likely that we will start to see these sorts of news stories on an almost daily basis now.

And as the shaking on Wall Street accelerates, we are going to see more financial firms get into trouble. In fact, we just witnessed the total collapse of OptionSellers.com. The following comes from a notice that they sent to investors informing them that they lost all their money and that the firm is being liquidated…

I am writing to give you an update on the situation here with your account.

We have spent the week unwinding our short natural gas call position as expediently as possible.

Today which was to be the final day of liquidation, the market flared as prices appear to have been caught in a “short squeeze.”

The speed at which it took place is truly beyond anything I have seen in my career. It overran our risk control systems and left us at the mercy of the market.

In short, it was a rogue wave and it overwhelmed us.

Unfortunately, this has resulted in a catastrophic loss.

Our clearing firm, FC Stone now requires us to liquidate all positions. We hoped to have this done today. If not, it will be completed tomorrow.

Your account could potentially be facing a debit balance as of tomorrow. OptionSellers.com will be processing fee credits over the course of the coming days to help alleviate debit balances. What these will be will be determined after all positions are cleared.

This has in effect, crippled the firm. At this point, our brokers at FC Stone have been assisting us in liquidation.

Our offices will remain open and we will all still be here to answer your questions and process account closings. We will do everything in our power to ease what discomfort we can.

I am truly sorry this has happened.

I will be updating you again via memo in 24 hours.

Those investors are among the first to be completely wiped out, but they certainly won’t be the last.

The ironic thing is that Americans are less concerned about another crisis than they have been at any point since 2008 at a time when they should be more focused on getting prepared than ever.

You know that it is really late in the game when even Jim Cramer of CNBC is saying that the U.S. economy is really slowing down. A few of my readers wrote me after that article because they didn’t like the fact that I had quoted Jim Cramer. But I don’t think that they really got my point. I was not endorsing Jim Cramer as some sort of financial guru. Rather, I was pointing out that even mainstream media celebrities that were previously cheerleaders for the economy are now recognizing the reality of what we are facing.

Global economic activity is slowing down, and things are shifting very rapidly now. The weather is already getting very cold, the mood of the nation is very dark, and it would only take a very small push to send us completely tumbling over the edge.