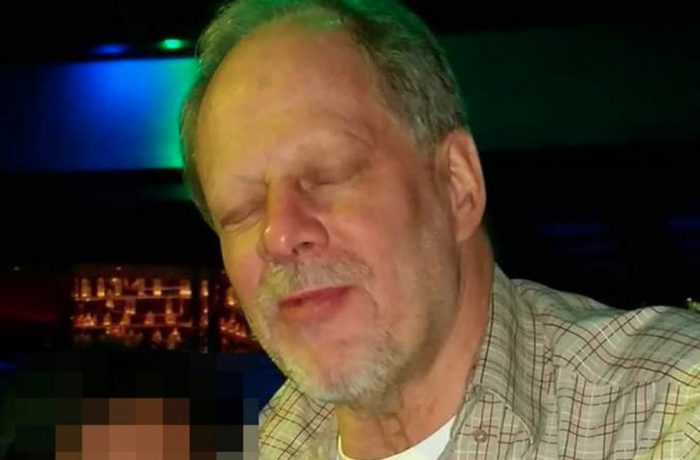 The mainstream media is trying to tell us that they have no idea why Stephen Craig Paddock fired “thousands of rounds of ammunition” into a crowd at a country music festival in Las Vegas on Sunday. According to the latest reports, 58 people have died and more than 500 were injured in the attack, and somehow we are supposed to believe that this guy had no motive for doing this whatsoever. I am not buying that, and I am sure you are not buying that either. Could it be possible that the mainstream media is covering up the truth because it does not fit their narrative?

As you will see below, there appears to be evidence that Stephen Craig Paddock was at an anti-Trump rally in Reno, Nevada in August. And it is also being reported that Antifa literature was discovered in his hotel room by authorities. In part 2 of this report, I will be discussing the very disturbing things that Antifa has planned for the month of November. Could it be possible that Stephen Craig Paddock has just given us a preview of coming attractions?

I don’t know if I have the words to appropriately describe what happened in Las Vegas on Sunday. It was the worst mass shooting in U.S. history, and we need to be praying for all of those that were affected. The following comes from the Daily Mail…

At least 58 people are dead and 515 injured after a 72-minute shooting by a lone-wolf gunman who unleashed thousands of rounds of ammunition onto a Las Vegas music festival from a hotel room 1,200 feet away – and more details are still coming out.

Police say 64-year-old Stephen Craig Paddock used automatic weapons to rain down gunfire on a crowd of 22,000 people attending the Route 91 Harvest Festival Sunday night, from his room across the street in the Mandalay Bay hotel.

The mainstream media appears to be completely dropping the ball on this story, and so once again it is up to the alternative media to do the detective work.

Shortly after the attack, someone mentioned remembering seeing Paddock at an anti-Trump protest in Reno, Nevada back in August. So people began digging around, and they found this video of the rally, and a man wearing a pink shirt and a pink hat does appear to bear a resemblance to Paddock. But because of the resolution of the video it is impossible to tell for sure.

Later, other videos also surfaced thanks to the sleuths on one popular forum. You can view the man with the pink shirt and the pink hat in this KTVN video at 0:56, and you can also see him in this YouTube video at 3:09.

I don’t think that we can come to any definitive conclusions about these videos just yet, and hopefully more evidence will continue to emerge.

Meanwhile, Infowars is reporting that “a source linked to the team” that stormed Paddock’s hotel room says that Antifa literature was found in his possession…

The Las Vegas shooter didn’t commit suicide as the mainstream media is reporting, but was killed by a FBI hostage rescue team who also found Antifa literature in his hotel room, according to a source linked to the team.

The FBI team took the suspect out after he opened fired on them, according to the source, and afterwards the team found photos taken in the Middle East of a woman linked to the suspect, 64-year-old Stephen Paddock.

If true, this would change everything.

Could it be possible that Paddock specifically targeted a country music festival because he figured it would be a way for him to take out as many Trump supporters as possible? That is what the inside source that spoke to Infowars seems to think…

But, this was clearly a pre-planned attack and the group [the target] was specifically chosen.

The target was a concert of the group that represents traditional America.

These were patriotic, God-fearing Americans. This group is pro-Second amendment, pro-Constitution and anti-NWO.

In addition to this clearly being “a pre-planned attack”, there is also evidence that Paddock was not acting alone.

In fact, it is being widely reported that 45 minutes prior to the shooting a woman was ominously warning people at the concert that they were about to die…

Perhaps the most worrisome issue with this incident happened before the shooting took place. According to multiple reports, approximately 45 minutes before the shooting, a woman described as “Hispanic,” accompanied by a man, had been heard telling concert attendees, “They’re all around… You’re all going to f***ing die today.” Witness Breanna Hendricks, who was in Vegas celebrating her 21st birthday, said, “There was a lady who came running up behind us in the concert and she started to play with people’s hair acting crazy and she told us that we’re all going to f***ing die.”

If Paddock was indeed a “lone wolf”, then how do we explain that?

And as Jon Rappoport has pointed out, there are a whole lot of other questions that we need answers to as well…

At least ten weapons were found in the shooter’s hotel room. He had checked into the Mandalay Resort Hotel several days earlier. How did he bring in all the weapons? Disassembled? Did he have prior experience with weapons?

In an interview, Paddock’s brother said he was absolutely shocked, and his brother, Stephen, was “just a guy.” No motive, no reason to go on a rampage. True? False? What turned him into a killer? Had he ever been under psychiatric care? Had he been prescribed, for example, SSRI antidepressants, which are known to push people over the edge, into homicidal violence? If he was “just a guy,” did that include significant experience handling weapons? Was he capable of bringing all or some of the weapons into the hotel in pieces and then assembling them?

I don’t know if we will get the answers to all of these questions any time soon, but they are definitely worth asking.

And in particular, we need to try to get some definitive answers about Paddock’s involvement with radical leftist groups. Are violent leftists now going to start specifically targeting events like country music festivals where large numbers of conservatives are gathered?

In part 2 of this report, I am going to discuss the “revolution” that Antifa plans to start next month on November 4th. Antifa has repeatedly demonstrated their willingness to use violence, and we should all be deeply concerned about their intent to take things to the next level.