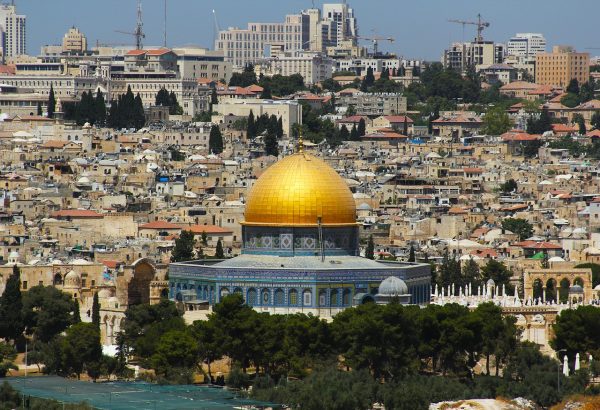 This is yet another example that shows how close we are to a major war in the Middle East.  Tensions are extremely high in the region right now, and they were pushed even higher when Israeli security forces were essentially forced to storm the al-Aqsa mosque during the final days of Ramadan in order to keep Israeli nationalists and worshippers at the mosque from going at it.  The following comes from Zero Hedge…

It all started when Jews were controversially allowed entrance to the compound to celebrate Jerusalem Day which marks Israeli control over the Old City in the aftermath of the June 1967 Six-Day War. In response to reports that Jewish entrance was imminent, Palestinians began to riot, which included throwing stones, chairs, and objects at entering police.

Multiple reports noted the incident marked the first time in about three decades that Jews were allowed access to the compound during the final days of the month of Ramadan, which was likely the result of Israeli authorities feeling emboldened by the US formal recognition of Jerusalem as the Israeli capital last year.

Israeli Jews are generally forbidden to enter the compound during this sensitive month of the Islamic calendar when tensions are typically on edge, but this year they flooded into Palestinian dominant East Jerusalem.

Clashes began early in the morning when hundreds of hardline Israeli nationalist settlers showed up to the gates demanding entry to al-Aqsa, with Palestinians gathering to resist their entrance, resulting in the Israeli Defense Forces (IDF) storming the mosque with tear gas, stun bombs, and rubber bullets, which led to a handful of injuries among the Palestinians.