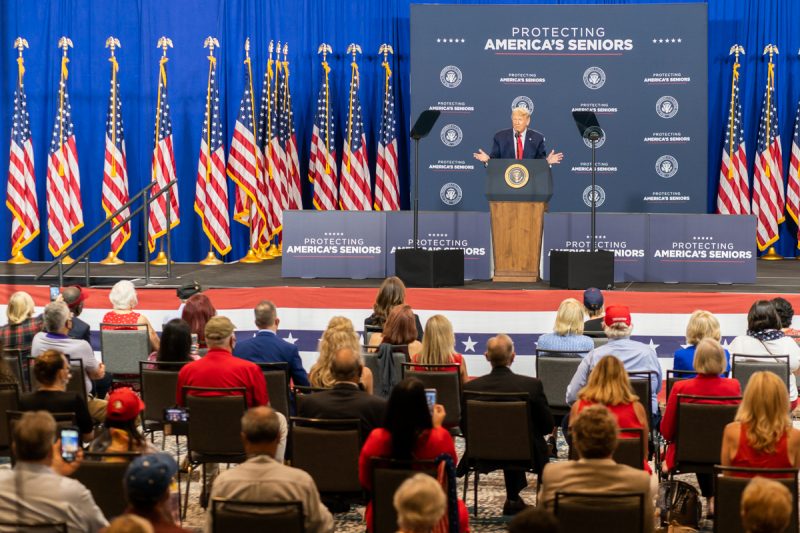 Does that headline surprise you?  In this article, I am not predicting the eventual outcome of the presidential election.  Rather, I am going to discuss what is likely to happen based on which votes will be counted first.  Normally, Americans gather around their televisions on the evening of the election to watch the votes come in and the mainstream media declares a winner by the end of the night.  But it won’t be that way this time around.  More than 52 million Americans have already voted by mail in this election, and that number will keep rising with each passing day.  It is going to take extra time to count all of those mail-in ballots, and that is going to cause significant delays in getting final election results from many states.

This will be so important to keep in mind while you are watching coverage of the election on the evening of November 3rd, because the votes that get counted first will determine which candidate is initially leading in each state.

According to Ballotpedia, there are 13 states which allow mail-in ballots to be counted early…

In these 19 states, the mail-in ballots and the early in person ballots will be the first votes counted, and those votes will favor Biden.

Yes, it is quite likely that Biden could jump out to large leads in red states like Oklahoma and Utah, but in the end he will not win either of those states.

On the other hand, there are 31 states that do not allow early counting of mail-in ballots.  In most of those states, the votes that are cast on Election Day will make up the bulk of the early results, and so the initial vote counts should favor President Trump in those cases.

This group of states includes the critical swing states of Michigan, Wisconsin and Pennsylvania.  As I have discussed previously, whoever wins Pennsylvania is probably going to win the election, and so we will want to pay special attention to what is going on there.

According to FiveThirtyEight, about two million mail-in ballots have already been returned in Pennsylvania, and officials will not even begin counting them until 7 AM on Election Day…

Take Pennsylvania, arguably the most important swing state this election as it’s currently the likeliest “tipping-point state” in our forecast, or the state that could determine the winner of the Electoral College. About 2 million mail-in ballots have already been returned so far, almost one-third of the total number of votes cast in the state four years ago. But because the state can’t begin processing mail ballots until 7 a.m. on Election Day, it could be awhile before we get full results in Pennsylvania. State officials have said that it could take until Friday to finish counting most ballots.

I am quite skeptical that Pennsylvania will be able to count all the votes by Friday, because it took them two and a half weeks to count all of the mail-in ballots for the Democratic primary earlier this year…

In that election, the more rural and Republican-leaning parts of the state reported a sizable majority of their results on election night, as their votes were disproportionately cast on Election Day. In the state’s more populous and Democratic-leaning areas, it took roughly two and a half weeks to report most of the vote, due to the huge influx of mail-in ballots. As a result, on election night, 3 a.m. Eastern, only 46 percent of the final Democratic presidential primary vote had been reported, compared to 71 percent of the GOP total, based on data from ABC News.

In any event, President Trump should jump out to huge leads in Pennsylvania, Michigan, Wisconsin and other states where the counting of mail-in ballots will take an extended period of time.

As I discussed in a previous article, there are several steps that must be taken for each mail-in ballot, and counting them is a very tedious process.

I think that it was very foolish for so many states to push mail-in voting so heavily for this election, and I believe that it is going to cause some massive problems.

And it is also very important to remember that the states will not even have all of the mail-in ballots in their possession on November 3rd.  Ballots will continue to be accepted after Election Day in many states, and these various deadlines will continue to be the subject of legal battles for weeks to come.

In a very, very tight race, we could potentially see the outcome decided by ballots that are not even received by North Carolina officials until November 12th.

The longer things drag out, the better it will be for Biden.

But on the night of the election, President Trump should have a lead in the majority of the states.

Needless to say, that will likely cause a tremendous amount of turmoil on the left, and they will be desperately hoping that the counting of the mail-in ballots will eventually flip the election to Biden.