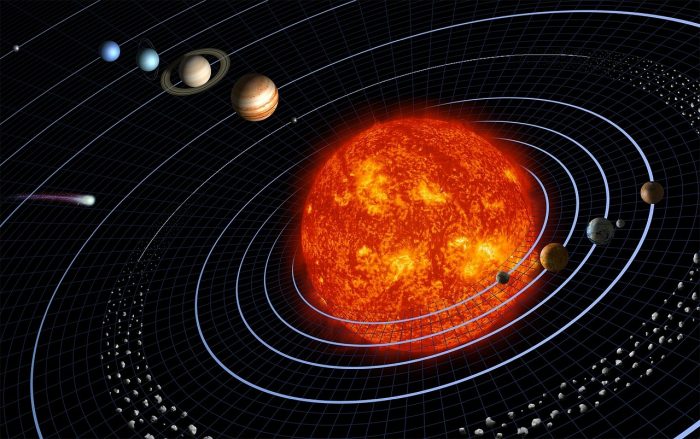 This week, some unusual things will be happening up in the heavens. According to NASA’s Solar Dynamics Observatory, it is being projected that a large solar storm will hit our planet on September 7th. Three days later, Comet 21P is going to make the closest approach to Earth that we have seen in 72 years. And all of this is happening during the same week as the important prophetic Biblical festival known as the Feast of Trumpets. Some are speculating that these “signs in the heavens” could be intended to communicate something to us. But is anyone out there paying attention?

This upcoming solar storm has kind of taken scientists by surprise. It was only discovered on September 3rd, and it is expected to hit our planet on September 7th…

A CORONAL hole which has opened up on the surface of the Sun is facing directly towards Earth and experts are now expecting solar storms to head our way.

The hole was spotted by satellites from US space agency ANSA on September 3, and experts warn it will blast the storms towards our planet.

The solar storm is expected to hit on September 7, according to data from NASA’s Solar Dynamics Observatory.

At this point, we really do not know how strong this solar storm will be.

A relatively minor solar storm won’t be catastrophic, but it could still greatly disrupt satellite communication…

For the most part, the Earth’s magnetic field protects humans from the barrage of radiation, but solar storms can affect satellite-based technology.

Solar winds, which are a stream of particles from the sun, can heat the Earth’s outer atmosphere, causing it to expand.

This can affect satellites in orbit, potentially leading to a lack of GPS navigation, mobile phone signal and satellite TV such as Sky.

On the other hand, a major solar storm could produce an electromagnetic burst that could disable computers and electronic devices all over the world.

In other words, we would suddenly be facing the breakdown of society literally overnight. For much more on the potential for a catastrophic EMP scenario, please see my previous article entitled “The EMP Threat: All It Would Take Is A Couple Of Explosions To Send America Back To The 1800s”.

Three days after the solar storm, Comet 21P will come the closest to our planet that it has been in 72 years. The following comes from Newsweek…

On September 10, the Comet 21P/Giacobini-Zinner will make its closest approach to the Sun and Earth in 72 years as it journeys into the inner Solar System.

Currently travelling through space at speeds of more than 51,000 miles per hour, the object will be around 36 million miles away at its closest point to our planet. This may seem like a huge distance but in space terms it is relatively paltry and near enough that it will be visible from Earth.

Fortunately it does not appear that this comet poses any danger, but it will definitely get a lot of attention. It was originally discovered in 1900, and it circles past our planet every 6.6 years…

Comet 21P/Giacobini-Zinner was discovered on December 20, 1900 by French astronomer Michel Giacobini, according to Slooh. It orbits the Sun—and passes the Earth—roughly every 6.6 years. Interestingly, the comet is the parent body of the Draconids meteor shower which peaks in early October.

This time around, the appearance of Comet 21P happens to coincide with the Feast of Trumpets.

Is it significant that both events are happening on the same day? Author Ron Allen seems to think so…

A small comet, 21-P/Giancobini-Zinner, will make its closest approach to Earth during the week of the Feast of Trumpets.

The Hebrew Feast of Trumpets occurs on the first day of the seventh month of the religious year. It is also the first day of the Hebrew secular year and is also known as Rosh Hashanah, meaning “the head of the year”. For the Christians, the feast of trumpets is one of the seven feasts of Israel, with the three spring feasts showing Christ’s coming, the Feast of Pentecost showing the coming of the Church, and the three fall feasts showing Christ’s Second Coming. The Feast of Trumpets is a prophetic representation of the trumpet call of God and the Second Coming of Christ (1 Cor. 15:52 and 1 Thess. 4:16).

Without a doubt, the Feast of Trumpets is a highly prophetic holiday. For a very detailed analysis of this, please see my book entitled The Rapture Verdict. Someday the Lord Jesus Christ will return for His people at “the last trumpet”, and every year this festival gives us a prophetic picture of that future event.

And let us not forget that there have been unexplained trumpet sounds coming from the sky all over the world in recent days.

Our world is becoming increasingly strange with each passing day, and it should be a very interesting week.