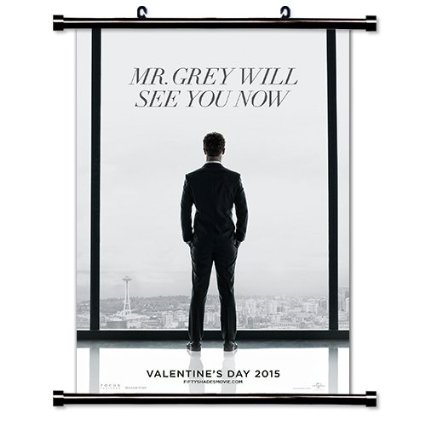 The most popular movie in America is about bondage, sexual domination and violent sex. Fifty Shades of Grey, the best-selling novel about a sexually abusive relationship between an extremely wealthy businessman and a young female college student, has sold more than 100 million copies worldwide since it was first released. This past weekend, it pulled in an astounding 81.7 million dollars at the box office. Clearly, it has struck a chord with the American people. But should women actually be watching Fifty Shades of Grey? It has been said that if you put garbage in, you get garbage out. The novel has been described as “pornography for women”, but the movie is supposedly toned down. But even with the editing, the film still contains 20 minutes of sex scenes. And of course we aren’t just talking about normal sex scenes. Fifty Shades of Grey goes to great lengths to explore the twisted world of sexual abuse, bondage and humiliation. It makes violent sex seem “mainstream”, and it is deeply affecting our culture. So what does it say about our society that it is so wildly popular?

Just a couple of years ago, the novel that the film is based upon was considered to be “extreme” in this country. But these days seemingly everyone is talking about it. The following is an excerpt from a recent article in the New York Post…

Usually when we talk about cultural shifts we are referring to changes that happen over 30 or 40 or 50 years, but this is a change that has happened virtually overnight, while we were all supposedly paying attention.

“In short, the film portrays emotional and physical abuse as sexually arousing to both parties.”

Something that is particularly disturbing to me is that the lead character that is doing the abusing in Fifty Shades of Grey is named “Christian”. It is almost as if the author was purposely trying to mock those that embrace traditional values.

If you have never encountered Fifty Shades of Grey before, the following is a brief summary of the plot…

Early on in the first book, Ana discovers that Christian has a “dark secret”: He’s obsessed with BDSM—a condensed abbreviation for bondage and discipline, dominance and submission, and sadism and masochism. This is the central tension of the books: Ana loves Christian, but she doesn’t want to be his submissive; Christian loves Ana, but he’s turned on by violent sex.

What people see, they tend to emulate. And this film comes out at a time when sexual violence against women in this country is at epidemic levels. Just consider the following numbers from the Atlantic…

Like I said above, when you put garbage in, you get garbage out.

Perhaps you do not believe that a movie could have a significant impact on our behavior.

Perhaps you believe that most people can clearly separate fiction and reality.

Researcher Diana Parry interviewed 28 women in their 20s to 50s about their pornography habits. She discovered that women in the group increased their consumption of sexually explicit content after reading the book.

“So many of the women [we interviewed] were hopping in for the first time to pornography or sexually explicit material that was written by women for women,” Parry told Salon in an interview.

The following comes from CNS News…

When people are entertained by something, they tend to want more of it.

And once you have seen something, there is no way to “unsee” it.

One of the primary ways that we learn things is by watching. And when women (and men) watch Fifty Shades of Grey, they are learning all about sexual abuse, bondage, humiliation and violent sex.

So should people be watching this movie?