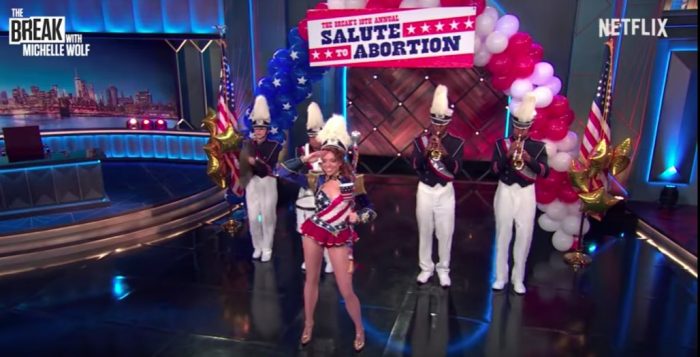 (Faithwire) Not only is Wolf adamantly pro-abortion, but she also believes there should essentially be no regulation around it, saying “it should be on the dollar menu at McDonalds.”

Of course, Wolf could not stop there. She ended the monologue with a “salute to abortion” in which she dawned an America-themed outfit and praised the industry.