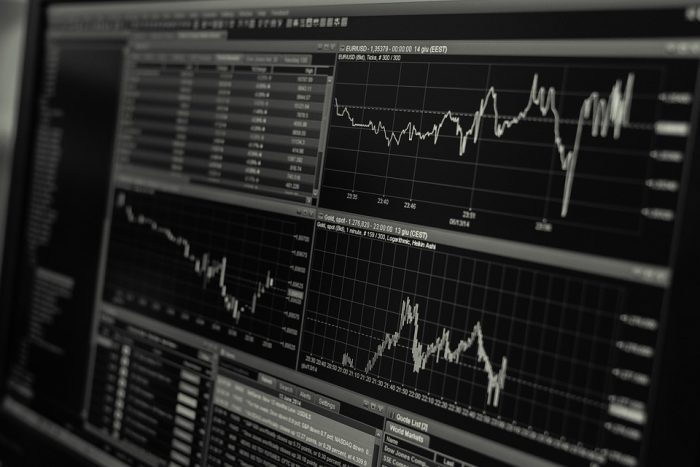 If everything is going to be “just fine”, why are so many big names in the financial community warning about an imminent meltdown? I don’t think that I have seen so many simultaneous warnings about a market crash since just before the great financial crisis of 2008. And at this point, you would have to be quite blind not to see that stocks are absurdly overvalued and that a correction is going to happen at some point. And when stocks do start crashing, lots of fingers are going to start pointing at President Trump, but it won’t be his fault. The Federal Reserve and other central banks are primarily responsible for creating this bubble, and they should definitely get the blame for what is about to happen to global financial markets.

My regular readers are quite familiar with my thoughts on where the market is headed, so today let me share some thoughts from five highly respected financial experts…

#1 When Altair Asset Management’s chief investment officer Philip Parker was asked if a market crash was coming to Australia, he said that he has “never been more certain of anything in my life”. In fact, he is so sure that the investments that his hedge fund is managing are going to crash that a decision was made to liquidate the fund “and return ‘hundreds of millions’ of dollars to its clients”…

While hardly a novel claim – in the past many have warned that Australia’s housing and stock market are massive asset bubbles (which local banks have been forced to deny as their fates are closely intertwined with asset prices even as the RBA is increasingly worried) – so far few if any have gone the distance of putting their money where their mouth was. That changed, when Australian asset manager Altair Asset Management made the extraordinary decision to liquidate its Australian shares funds and return “hundreds of millions” of dollars to its clients according to the Sydney Morning Herald, citing an impending property market “calamity” and the “overvalued and dangerous time in this cycle”.

“Giving up management and performance fees and handing back cash from investments managed by us is a seminal decision, however preserving client’s assets is what all fund managers should put before their own interests,” Philip Parker, who serves as Altair’s chairman and chief investment officer, said in a statement on Monday quoted by the SMH.

#2 Seth Klarman leads one of the biggest hedge funds in the United States, and he believes that U.S. investors are greatly underestimating the amount of risk in the market right now…

Klarman oversees one of the US’s largest hedge fund firms, with some $30 billion under management. He has a huge following on Wall Street — investors named his book, “Margin of Safety,” their favorite investment book in a recent SumZero survey.

#3 Bill Blain is a strategist at Mint Partners, and he is actually specifically pointing to October 12th as the date when things will start to get “horribly interesting”…

But…. Catch a falling knife, why don’t you… I shall spend the summer wondering just how long the Stock Market games continue. When, not if.

At the moment, my prediction is October 12th. Around that day its going to get horribly interesting..

Why that particular day?

Gut feel and knowing how the Bowl of Petunias felt in Hitchhikers. (“Not again.”)

There are just too many contradictory currents out there. The unsustainability of burgeoning consumer debt, unfeasibly tight credit spreads, the sandcastle foundations of student loans, autos, housing and the CLO market, China, Trump, politics.. worries about what follows Brazil in the EM market, and whatever… The risks of a massive consumer sentiment dump..

#4 David Stockman has also been warning about what may happen this fall. According to Stockman, this current stock market bubble “is the greatest sucker’s rally we have ever seen”…

“The market is insanely valued right now. They were trying to tag, the robo machines and day traders, they were trying to tag 2,400 on the S&P 500. They ended up at 2,399, I think, but the point is that represents about 25 times trailing earnings for 2016. We are at a point in the so-called recovery that has already lasted 96 months. It’s almost the longest one in history. What the market is saying is we have reached the point of full employment forever. There will never be another recession or any kind of economic surprise or upset or dislocation. The market is pricing itself for perfection for all of eternity. This is crazy. . . . I think the market could easily drop to 1,600 or 1,300. It could drop by 40% or even more once the fantasy ends. When the government shows its true colors, that it’s headed for a fiscal bloodbath when this crazy notion that there is going to be some Trump fiscal stimulus is put to rest once and for all. I mean it’s not going to happen. They can’t pass a tax cut that big without a budget resolution that incorporated $10 trillion or $15 trillion in debt over the next decade. It’s just not going to pass Congress. . . . I think this is the greatest sucker’s rally we have ever seen.“

#5 Last but certainly not least, David Kranzler seems quite certain “that the stock market bubble is getting ready to pop”…

Anyone happen to notice that several market commentators have argued that Bitcoin is a bubble but the same stock “experts” look the other way as the U.S. stock market becomes more overvalued by the day vs. the deteriorating underlying fundamentals? Bitcoin going “parabolic” triggers alarm bells but it’s okay if the stock price of Amazon.com Inc (NASDAQ:AMZN) is hurtling toward parity with the price of one ounce of gold. Tesla (NASDAQ:TSLA) burns a billion per year in cash. It sold 76,000 cars last year vs. 10 million worldwide for General Motors (NYSE:GM). Yet Tesla’s market cap is $51.7 billion vs. $48.8 billion for GM.

This insanity is the surest sign that the stock market bubble is getting ready to pop. If you read between the lines of the the comments from certain Wall Street analysts, the only justification for current valuations is “Central Bank liquidity” and “Fed support of asset values.” This is the most dangerous stage of a market top because it draws in retail “mom & pop” investors who can’t stop themselves from missing out on the next “sure thing.” There will be millions of people who are permanently damaged financially when the Fed loses control of this market. Or, as legendary “vulture” investor Asher Edelman stated on CNBC, “I don’t want to be in the market because I don’t know when the plug is going to be pulled.”

Could all of these top experts be wrong?

It’s possible, but I wouldn’t bet on it.

Every stock market bubble of this magnitude in U.S. history has ended in a spectacular crash, and this one will not be any different. We can certainly have some good arguments about the exact timing of the next crash, but what everyone should be able to agree on is that a crash is coming.

You only make money in the stock market if you get out at the right time. Many of those that timed things well have made a tremendous amount of money, but most investors will be entirely caught off guard by the market implosion that is rapidly approaching.

As I have explained to my readers repeatedly, markets tend to go down a whole lot faster than they go up, and in the not too distant future we are going to see trillions of dollars of investor wealth wiped out very, very quickly.

Let’s hope that the coming crisis will not be as bad as 2008, but I have a feeling that it is going to be much worse.

We didn’t learn our lessons the last time around, and so now we are going to pay a very high price for our stubbornness.