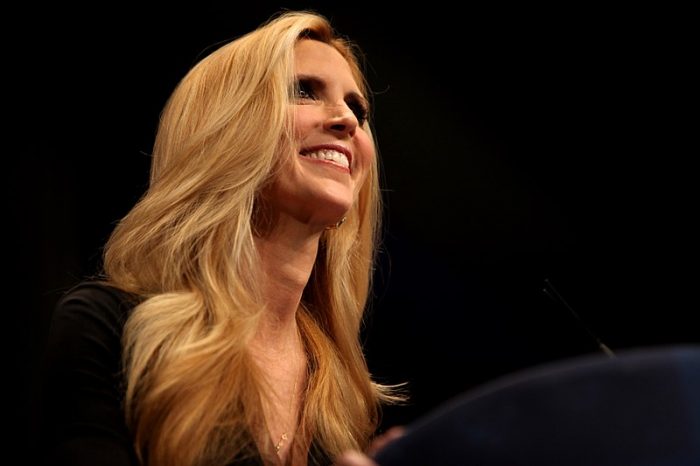 When are Republicans going to learn?  In her most recent article, Ann Coulter pointed out that every time Republicans compromise on immigration it turns out to be a total disaster.  If you go back all the way to 1986, the Republicans never got the employer sanctions that they were promised even after the Democrats were given amnesty for four million illegal immigrants.  And every time Republicans have attempted to push amnesty since that time, it has been a disaster for Republican politicians at the polls.

This time around, we are told that we are supposed to compromise on DACA.

Okay, will we get to build a wall in return?

Will our concerns about lightly vetted refugees coming in from hotbeds of Islamic terror be addressed?

In return for compromising on DACA, the Democrats wants to make some nice sounding promises that won’t be too politically damaging that they will be able to easily break in the future.

This has happened time after time, and yet Republicans never seem to get it.  But Ann Coulter sure does…

Congress has passed laws requiring that immigrants pay back taxes, learn English, not collect welfare and have good moral character. That’s not too onerous, right? It’s not like we’re requiring them to have any skills or talents that would be valuable to America.

Look, I am certainly not against immigrants.  In fact, I have a great love for those that have risked everything to come here for a better life.

I have great-grandparents on both my mother’s side and my father’s side that were immigrants to this country.

And it is also important to note that Donald Trump’s wife is an immigrant.

This nation was built by immigrants, and we should never forget that.  But the point is that they came in legally.

We need a system that requires that everyone comes in through the front door.  There is nothing unreasonable about that.  But instead our system of legal immigration is a complete and utter nightmare, and meanwhile we are leaving the back door completely wide open.

One of the big reasons why Democrats want more illegal immigration is because they believe that in the long-term it will end up producing more Democratic voters.

And of course many Democrats are also big-time globalists, and the globalists want a world where national borders will eventually become essentially meaningless.

That is why they may talk about “border security” during campaign season but they will never, ever agree to build a wall.  Here is more from Ann Coulter…

Every politician swears up and down that he wants a “secure border.” But then these same politicians go absolutely berserk when Trump says he wants to build a wall.

They say we’ll get enforcement right after the amnesty. That’s obviously absurd. When the tub is overflowing, water pouring out of the faucet, across the carpets, down the stairs, up the dining room walls, we don’t debate whether we’re going to dry clean the curtains or throw them out. We don’t argue about whether to use a mop or towels. FIRST: Turn off the water.

It is no longer good enough for politicians to promise us “more border security”.  If someone running for Congress will not specifically commit to building a border wall, do not vote for that individual.

Tens of millions of people have come into this country illegally over the decades, and we need a way to make sure that everyone comes in through the front door from now on.  If something other than a border wall can accomplish that, I would love to hear that proposal.

This is not a crisis that we can put off for another day.  Just consider what has been happening down in Texas.  The following comes from an article that I published in 2015…

If I get elected to Congress, I am going to work with President Trump to build a border wall and to greatly secure our borders, and I hope that you will join me in this effort.  As President Trump has said, a nation that doesn’t have borders isn’t really a nation at all.  Either we have a country or we don’t.  Like Trump, I am going to fight the agenda of the globalists every step of the way, and we need to work very hard to vote out all of the globalists that are currently representing us in Congress.

They want to label us as “heartless” for being opposed to illegal immigration, but of course that is not the case at all.

In the end, we just want all immigration to be done legally, and if we can get that accomplished that will be good for everybody.