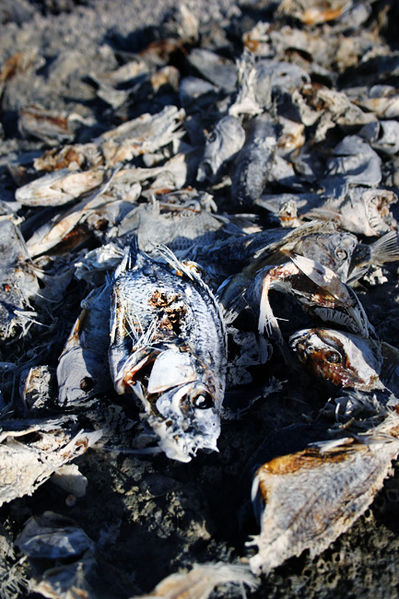 Department of Marine and Fisheries (DKP) have reported an incredible 100 tons of fish have died in Agam, Sumatra, Indonesia. The reason for the deaths is also incredible as poison (residual sludge feed), strong winds and lack of oxygen are being blamed.

Sludge is also being blamed for thousands of fish found dead along the banks of Ipiranga River in northern Brazil. According to the coordinator of the Tamar project of the Chico Mendes Institute of Biodiversity Conservation (ICMBio), João Carlos Thomé, it is possible that the deaths are related to local mining sludge flowing into the river.